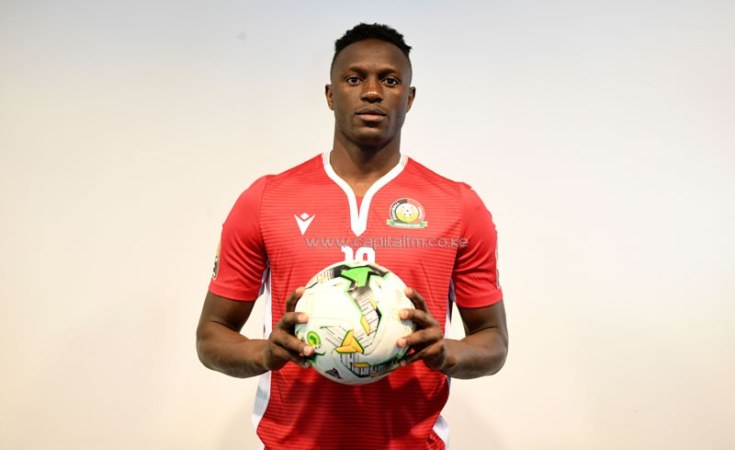 Nairobi — Harambee Stars skipper Victor Wanyama has opened up on his troubled final year at English Premier League side Tottenham Hotspur, saying his problems were more from 'upstairs' rather than the pitch.

Wanyama endured limited playing time in his final two years in North London and his final season was particularly troublesome, playing only a few minutes of a Champions League clash in November, up until he made his move to Montreal Impact in February.

"The first thing [Mourinho] told me, he was wondering why I wasn't playing. I have to be playing. The problem wasn't with the coach if you ask me. The problem was a little bit upstairs and they didn't give me a chance," Wanyama said in an interview with Canadian website CBC.

He added; "I was not given the chance to come back. They tried to frustrate me. They gave me one game after four months, or three months, so it was a little bit tough."

The midfielder had a difficult time getting back into the Spurs starting team after returning from a troublesome knee injury.

Last Summer, Spurs had finally reached a deal with Belgian outfit Club Brugge to offload the imposing midfielder, with a reported transfer fee of Sh1.7bn (13mn pounds) agreed between the two parties, but the move scuttled in the final hour.

Spurs also tried to offload Wanyama to French top tier side Amiens in the January Transfer window on loan with an option to buy, but once again the move did not materialize as the terms were not attractive to the player.

He made the resolve to remain in North London until Montreal came calling in February and terms were agreed between the three parties, paving way for the midfielder's move to Thierry Henry's Major Soccer League (MLS) side.

"I was frustrated. I wanted to get my happiness back, my football happiness back. That's when the manager here, Thierry [Henry] called me and asked if I wanted to play. And I said yes," the Stars skipper further disclosed in his interview with CBC.

Amidst the COVID-19 pandemic, Wanyama has only played one game, a Cup tie for Montreal and hasn't even had time to gel with his new mates.

The midfielder played the entire game and laid off the assist for their lone goal as they lost 2-1 to Olimpia in a Champions League tie.

But even as the lockdown continues, Wanyama has been hard at work at his apartment in Montreal, keeping fit and getting in touch with the coaching team and new teammates to keep the tempo high.

"It has been tough definitely with the lockdown as I had just started out with the new team. Now we all have to train indoors, do a bit of cardio on the balcony but also maintain fitness by running through the stairs," Wanyama told Capital Sport in a previous interview.

He added; "Doing it alone is tough but I just pump up my headphones and get along with it. I can't wait to get back to the pitch and do what I do best."

Covid-19 Cases Surge in Africa, Near First Wave Peak - WHO
Arms and Armies