South Africa: COVID-19 - How Can Children Wash Their Hands If They're Homeless? Asks Activist 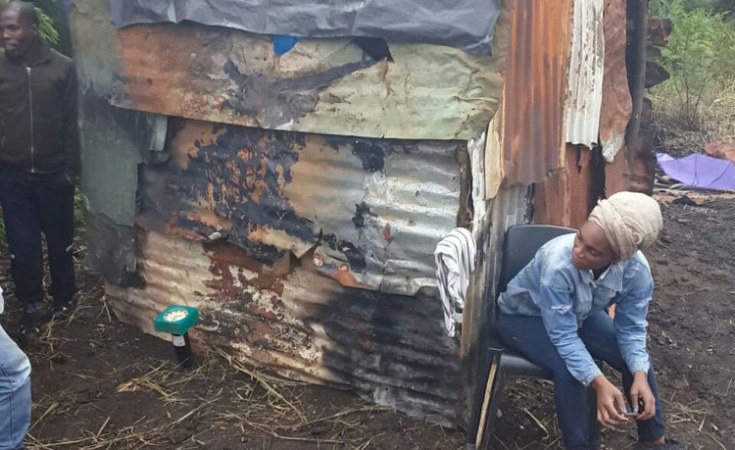 If anyone whose home has been demolished contracts the coronavirus and dies, says General Secretary of Abahlali baseMjondolo and Women's League member Nomsa Sizani, the movement will consider the authorities responsible.

She said the Women's League would hold the government responsible "for anyone who dies of the coronavirus. We told our children to stay indoors and to wash their hands, but where are they going to practice this hygiene if they are homeless? We built homes for our children, it was the municipality that destroyed them. It is enough".

Last week, several people sustained serious injuries when shacks in Azania and Ekuphumeleleni, Marianhill were torn down following standoffs with authorities and the company contracted to do the eviction. This was despite the government's announcement that there would be a moratorium on evictions. At the time, eThekwini Municipality spokesperson Msawakhe Mayisela said the City was not conducting evictions but was demolishing "unoccupied structures", and called on the media "to refrain from sensationalizing" .

"The demolitions were within the ambit of the law. The lockdown does not mean that lawlessness should prevail," Mayisela said.

"We don't feel safe in our own homes," says Thabisa Thandathu, a single mother of three from Azania Informal settlement in Cato Manor. She has rebuilt her shack but her family has been living in fear since the most recent round of demolitions.

Some residents have seen their shacks destroyed dozens of times since they first occupied the land in February 2019.

Abahlali BaseMjondolo has accused the City of using the national lockdown to "wage a war" against the movement.

"I feel useless as a mother to let my children witness such brutality. I am afraid of what this might do to them in the future," Thandathu said.

According to Thandathu, the way in which the demolitions were done was inhumane and a violation of their human rights. "The City has no respect for human rights, we are oppressed and afraid all the time. If the City doesn't want us to live in informal settlements, then it must provide us with houses.

"We are not causing anyone any harm. We are people who are trying to care for their families. My children are always on high alert to tell me when the security comes, what kind of life is that?" she asked.

Most of the women GroundUp spoke to from Azania and Ekuphumeleleni say they are tired of being beaten, shot at and threatened during demolitions. They are calling on the City to stop demolitions and victimising people in informal settlements.

Lungile Mdlalose lives in the Ekuphumeleleni Informal Settlement in Mariannhill. Dlamini and her four children are now staying with a friend because she can't afford to rebuild her shack. Mdlalose recounted the morning their home was destroyed.

"They were waving axes in my face and in front of my children telling me that they will destroy everything. This is not a life I want for myself and my children. We have nowhere else to go. Their father passed away years ago and I am unemployed. This is our home, where are we expected to go? When will they let us be?" asked Mdlalose.

Mdlalose, like Thandathu, fears what impact the exposure to violence has on their children. "I don't want them to grow up with anger in their hearts because of the brutality they witness during the demolitions," she said.

Mdlalose said she spends most days wandering the streets, looking for materials to rebuild her shack. "It is not easy out there but I have to for my children's sake," Mdlalose added.

Sizani said in a statement: "It is very sad and unjustifiable what they are continuing to do to us as impoverished people."

She said the struggle for housing was tough for women, more so single mothers. "We have been denied the right to housing. Even when we build our own houses they are destroyed. We have been oppressed by the kings in rural areas and denied access to land if you are a single mother. We have moved to the city and now we are facing the same oppression from the municipality," she said.