Liberia: COVID-19 Positive Flees Into Hiding Due to Fear of Stigmatization 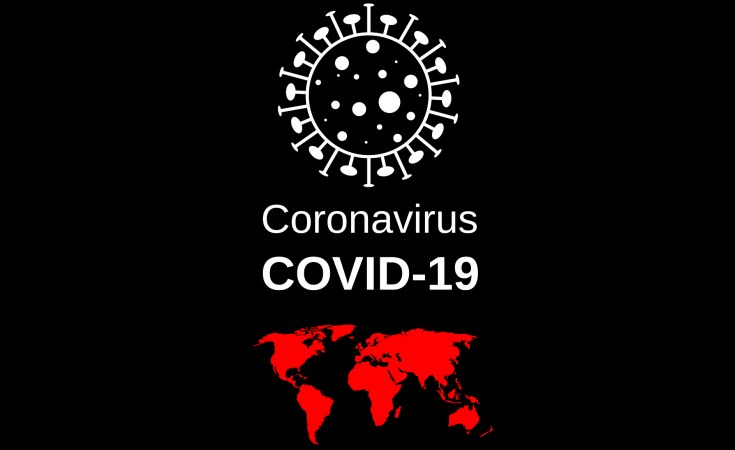 Monrovia — A woman who recently tested positive for the deadly COVID-19 has reportedly gone into hiding, heightening debate and rising fears of stigmatization and whether or not the government should release the names of those infected with the deadly virus.

FrontPageAfrica is withholding the name of the woman on the advice of health authorities and diplomatic sources so as not further escalate the stigmatization fears which may have prompted the woman to flee.

The issue of naming people who test positive for the virus has caused a wedge between Information Minister Lenn Eugene Nagbe and Health and Social Welfare Minister Dr. Wilhemina Jallah.

Ministers at Odds Over Naming Names

The pair, appearing on state-radio, LBS last Saturday, did not shy away from their disagreement on the issue.

While Dr. Jallah trumpeted the issue of ethics in the medical profession and keeping the honor of the "oath of Hippocratic", Minister Nagbe said naming patients is an easy way health authorities would be able to trace people who may have come in contact with those who have been infected with the virus.

Dr. Jallah averred that when she chooses not to name people affected with COVID-19, it is all about the confidentiality of her patients. "I wouldn't be calling people's names on the air. I would just say the two of the three new confirmed cases are lab technicians, the third was a 72-year-old male who was in isolation at ELWA Hospital. We are calling on contacts of these people to please come forward. COVID is not a death-sentenced."

Said the minister: "The critical issue we have now is for us to do effective contact tracing and for that to happen we have to utilize some measures that are not utilized during normal times. This pandemic means war. With the capacity of our health system that we know and still building to be resilient; if we allow this virus to spread in a way that sees it progressing then the entire existence of our nation is threatened. Therefore, we have to use drastic measures."

In contrast, Minister Nagbe argued that not naming names complicates the tracing process. "The minister is a health practitioner and she took an oath, a Hippocratic Oath. I did not take it. So, I will call all the people names so that I can take the responsibility to help our contact tracers. I did not take a Hippocratic oath but we have decided for communication purposes for us to go forward."

The minister frowned on some Liberians seeing the virus as a stigma. "COVID-19 has no stigma why are we hiding? Watch the International news; why are we hiding ourselves. It is not the normal way to behave but we are not in regular time. World leaders who get infected come out. We don't have the technology other countries have and we are not in normal times."

The National Public Health Institute(NPHIL) has come under criticisms for refusing to disclose the identities of those recently tested positive for the virus. However, authorities of NPHIL say the stigmatization of victims in communities is the reason they have stopped naming victims.

Liberians, both at home and abroad are divided on the issue with some believing that Liberia being a very small country, hiding the identities of those infected could lead to more infections and could adversely impact contact tracing.

Reports of infected Corona cases fleeing is not limited to Liberia.

Recently, in Tema, Ghana, a patient also fled after being tested positive at the Tema General Hospital.

In Moscow earlier this year, a patient jumped out of a hospital window to escape her quarantine and another managed to break out by disabling an electronic lock. Similarly, two Russian women who were kept in isolation for possible inflection by the virus fled from their hospitals because of uncooperative doctors, poor conditions and fear they would become infected.

Canteen at NASSCORP Shutdown Over Infection

The report of the woman went into hiding in Liberia, comes as the National Social Security and Welfare Corporation was forced to shut down its canteen operations when one of its staffers became infected with the virus after visiting a laboratory for testing when it was discovered that they had been infected with the virus.

Last week, Mr. James Reynold, Assistant Minister for Planning and Programming at the Ministry of Public Works, became only the second senior government official to test positive for the virus.

Reynolds was part of the government delegation to Sweden to attended the 3rd Global Ministerial Conference in Stockholm under the Mano River Union Road Development & Transport Facilitation Programmed(MRU/RDTFP Phase 1 of the Karloken to Fish Town(80KM) in Maryland and River Gee Counties.

The other officials on that delegation were Inspector General Patrick Sudue, Mr. Tarnue Jorboi, Road Sector Administrator and Mrs. Winifred Cole, also of the Ministry of Public Works. Minister Mobutu Nyenpan, whose name was also on a DSA request for per diem and travel expenses, told FrontPageAfrica last week that he pulled out of the trip at the last minute upon the request of President George Weah.

While it also remains unclear how he contracted the coronavirus, FrontPageAfrica gathered that he attended the City of Light Church of God in Bardnesville when he was already showing symptoms of COVID-19.

Meanwhile, health authorities announced Monday that the number of infected persons rose from 13 to 14 in less than a day.

"As of this morning April the 6th, we have one more additional case bringing our total case to 14," disclosed Minister of Health, Dr. Jallah on Monday. Out of the 14 cases, three have been discharged; three dead and the rest are still active.

Dr. Francis Kateh, Chief Medical Officer of Liberia says contact tracing has been successful so far. So far, he said, authorities have been able to trace 661 contacts, with 78 being health workers and three being direct contact.

The tracing controversy has been subjected to much scrutiny. Dr. Mosoka Fallah, appearing on LBS at the weekend described coronavirus as the disease of the "rich, the VIP and the elite". Therefore, he said since people within that category visit "very rich hospital". So, NPHIL is now targeting such hospitals in terms of preparing them to avoid infections among the health care workers there. "All around it is the prince and princesses that are affected, the millionaires and the basketball stars that are affected and so obviously, the predisposition health-seeking need of these people is to go to high-level hospitals," he said.

The spike in the number of cases is heightening fears and triggering calls by many prominent Liberians, lawmakers and ordinary citizens for a lockdown or curfew to curtail the spread of the coronavirus.

On Friday, Liberia reported seven confirmed cases to include the head of Population Services International (PSI), Mr. Rujiv Dua, a 67-year-old Indian national who is said not to have visited an infected country. Mr. Dua was the seventh confirmed case. Also, on Friday, the sixth case was announced. Mr. James Royce, an Assistant Minister at the Ministry of Public Works, who traveled to and return from Sweden in February tested positive for coronavirus on March 31. He reportedly stopped going to work on March 13 and visited several hospitals and churches.

On Sunday, the health authorities announced the first death which occurred at the ELWA Hospital. However, the son of the 72-year-old Finance Ministry employee refuted that his father, John Teah, died of COVID-19. However, the hospital in a statement disclosed that the patient was admitted at the Respiratory and Oxygen treatment unit and NPHIL was contacted for coronavirus testing. He, however, expired before the results came out.

Two deaths were reported on Sunday - a health worker and another expat whose identities were not disclosed by health authorities.

It remains unclear to health workers where how the deceased expat contracted the virus. NHPIL is, also, yet to determine the source of the third confirmed case, Linda Russ.

The fears further heightened after the U.S. Embassy in Liberia's second charter flight landed at the Roberts International Airport to evacuate its citizens from Liberia on April 1, 2020. The European Union is following suit as Liberia is now experiencing a daily rise in the number of coronavirus infections and three reported deaths.

The EU Delegation in Liberia announced via its Facebook page on Monday that they evacuated EU staff/citizens and Schengen citizens from Liberia and Sierra Leone on Sunday night.

"Around 250 European citizens (including EU Delegation staff and family members) were flown back from Sierra Leone and Liberia to Brussels on a chartered Brussels Airlines aircraft. In Liberia, 109 citizens from 14 nationalities, both tourists and residents, boarded the flight. EU Ambassador and the Delegation staff collaborated closely with Germany and Liberian and Sierra Leonean authorities. The Delegation wishes to express its gratitude to the Liberian authorities for making this flight possible. The Delegation provided logistical support to the German Embassy to ensure a smooth and effective operation of the flight at the airport," the European Union in Liberia disclosed on Facebook.

Also speaking on the repatriation, EU Ambassador to Liberia Hélène Cavé stated: "The fact that we had robust consular cooperation with Member States present in Liberia for a long time, and a very fluent and regular relation with all Ambassadors of Member States, accredited to Liberia and based abroad, have allowed the EU Delegation to act very swiftly, complementing the efforts from the German Embassy here in Monrovia. It was team work, also with our colleagues in Freetown. I wish to convey my deep gratitude to the Liberian authorities for authorizing this flight. In this unprecedented and exceptional crisis that the world is undergoing, the EU and EU Member States remain committed to assisting other countries, including Liberia, with the means at our disposal. In this regard, the EU is already working to find the best way to support Liberia in these challenging times."

The Delegation expressed gratitude to the Liberian authorities for making this flight possible. The Delegation provided logistical support to the German Embassy to ensure a smooth and effective operation of the flight at the airport.

COVID- Impact On the Banking Sector and Liberia

Liberia Unveils Stimulus Package for COVID-19 Lockdown
Tagged:
Copyright © 2020 FrontPageAfrica. All rights reserved. Distributed by AllAfrica Global Media (allAfrica.com). To contact the copyright holder directly for corrections — or for permission to republish or make other authorized use of this material, click here.