Africa: Is the Coronavirus Killing Press Freedom in Africa? 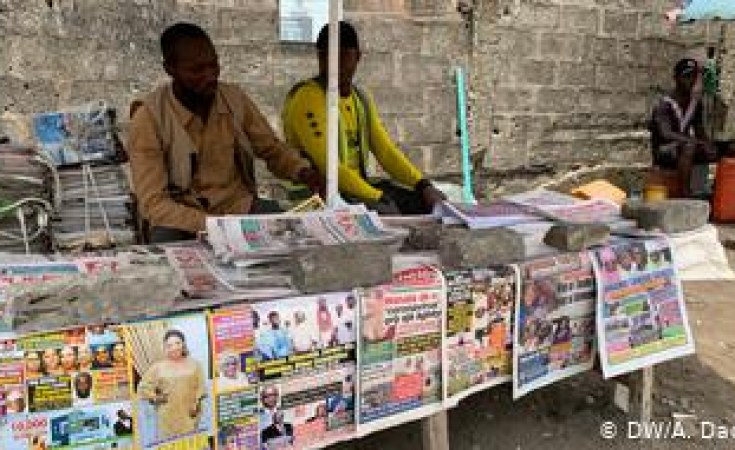 As Africa remains on COVID-19 lockdown, journalists across the continent report having their rights violated by security forces. Cases of physical violence are on the rise. Is corona killing press freedom in Africa?

Movement across Africa has been restricted as a result of the coronavirus pandemic. Since the lockdown, journalists across the continent are reporting a sharp rise in physical attacks by security forces as they attempt to report on COVID-19. DW takes a look a some of Africa's hotspot regions for journalists.

Ghanaian journalist Yussif Abdul-Ganiyu is fearful for his life. DW's correspondent for the Hausa service recounts what happened to him on the weekend while on assignment in Kumasi, in the south of the country.

"I saw a parked military vehicle. A female military officer got out and came towards me. She called me and asked: 'Are you guys writing stories about us? Why are you doing that? We aren't happy about that, I am warning you!'"

Before she had finished speaking those words, Abdul-Ganiyu recalled, the military official "clubbed me from behind."

The severe blow to the back of the neck knocked Abdul-Ganiyu out temporarily. Dazed, he was then taken into police custody where soldiers confiscated his recording equipment.

It was only later that Abdul-Ganiyu learned what had triggered his arrest.

The arresting officer accused Abdul-Ganiyu of spreading disinformation on military brutality via the radio station where he is the general manager.

Three days prior to the attack, Zuria FM, a DW broadcast partner, aired testimony of a 71-year-old man who described being attacked by soldiers enforcing a coronavirus lockdown. The report, Abdul-Ganiyu said, was based on victim statements and eyewitness accounts. "The military refused to comment on those allegations."

Abdul-Ganiyu, who was released without charge, said the current coronavirus health crisis has only exacerbated the already fragile situation for journalists in the country.

Media professionals reporting on the spread of COVID-19 throughout Ghana must brace for physical aggression by security forces, he warned.

"They are doing this to prevent us from doing our work, to instill fear in us so that we don't report on events as they happen."

Some 2,000 kilometers (1,242 miles) to the west of Ghana lies Guinea-Bissau. Serifo Tawel Camara is a journalist there and has his own story of harassment to tell.

"I was about to leave the radio station where I work when they came at me," he recalled, describing how several uniformed men attacked and badly beat him on the night of March 24.

Camara works for Radio Capital, a private radio station in the capital, Bissau. Like many other African countries, Guinea-Bissau declared a state of emergency following the outbreak of the coronavirus pandemic. Since March 18, all borders have remained closed, flights and public transport have been suspended, and markets are only permitted to open for four hours each morning.

The lockdown comes at a time when the country is in political limbo.

Umaro Sissoco Embalo, the man who declared the country's state of emergency, took the presidential office in February after being endorsed by the national electoral commission. A petition is still pending before Guinea-Bissau's Supreme Court as to the validity of the election results. Meanwhile, the former ruling party has announced an interim government of its own. The state of emergency has led to the court's decision being postponed. Furthermore, all public assemblies and demonstrations have been banned.

But, Camara is not the only journalist facing mounting pressure. Several colleagues, he said, had been summoned by the public prosecutor, while a presenter with the youth radio station Cidade FM canceled his daily program after being threatened with physical violence.

"The freedom of the press and the freedom of journalists to exercise their duties are under threat," said Indira Correia Balde, president of Guinea-Bissau's SINJOTECS press union, following reports of violence toward media professionals in the country.

"Press freedom must not fall victim to the corona pandemic."

In South Africa, countless complaints against security forces have been lodged since the country announced a nation-wide lockdown two weeks ago. Journalist Azarrah Karrim, a reporter with the online news publication News 24, witnessed arbitrary violence from day one.

Stepping onto the streets of Johannesburg near her apartment, Karrim said she just wanted to see what people were doing and whether police forces were enforcing it.

"I saw policemen were chasing people down the road and shooting at them. But this wasn't a crowd, it was just a couple of people who might have had essential business [to do]," she recalled.

Karrim suddenly then found herself caught up in the situation when police officers came at her.

"I ran into a nearby restaurant. I held up my press card and put up my hands," she recalled.

"Then I screamed as loud as I could that I was part of the media. This cop stopped 5 meters [16 feet] away from me and fired his gun."

Karrim was lucky, she wasn't hit by the bullet.

These incidences are not unique. The nongovernmental organization Reporters Without Borders (RSF) has documented similar cases of police violence across the African continent.

Katja Gloger, a former RSF Germany board member, sees many reasons for the way journalists are being repressed during this pandemic.

"Authoritarian regimes and dictatorships [are] procuring all kinds of tools to suppress criticism, transparency and facts or to manipulate them according to their liking," Gloger said.

In doing so, she is quick to add, that by suppressing important information these regimes are "inadvertently contributing to the spread of the virus."

Abdullahi Tanko Bala and Iancuba Danso contributed to this report.