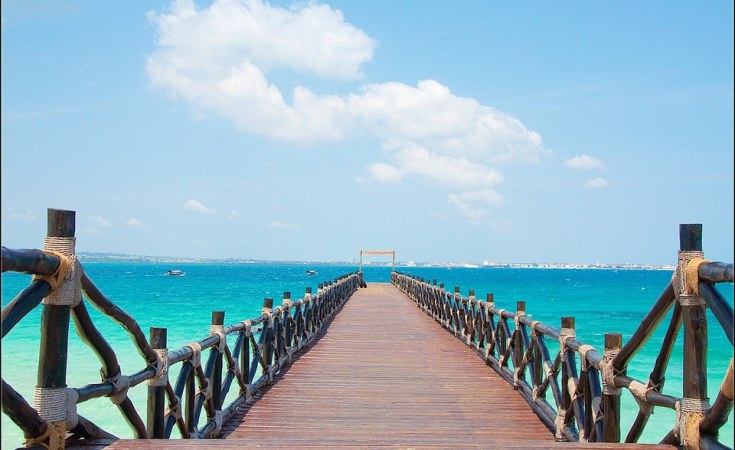 THE wave of the coronavirus is swiftly affecting the tourism sector in East Africa as it is projected that 6.2 million foreign tourists may not travel to their preferred destinations in the region.

The trickle-down effects will be felt across affiliated industries and the rest of the economy.

It is estimated that East Africa Community (EAC) partner states will potentially lose tourism receipts - upwards of 5.4bn US dollars (about 12.5tri/-) this year given the projected long-term closure of seaports and airports.

The EAC region is witnessing a massive drop in tourist arrivals. Multiple flights have been cancelled or suspended across Africa as airlines struggle to cope with falling demand following the outbreak of COVID-19.

The East African Business Council (EABC) Chief Executive Officer Dr Peter Mathuki said that the COVID-19 contagion is expected to bring about challenges in the tourism sector that would otherwise be at its peak by June this year.

Releasing the EABC assessment of the Covid-19 impact, Dr Mathuki said that there will be a decline in EAC and African Safaris, loss of revenue for East African airlines, inactive hospitality industry and loss of jobs.

Dr Mathuki divulged that International Air Transport Association (IATA) data shows that as of March 11, African airlines had recorded a loss of up to 4.4bn US dollars (10.2tri/-) in revenue since the outbreak of the pandemic.

Globally, the World Tourism Organisation (UNWTO) estimates international tourist arrivals could decline by 20 per cent to 30 per cent this year.

That would translate into a loss of 300bn US dollars to 450bn US dollars in international tourism receipts in exports - almost one third of the 1.5tri US dollars generated globally in the worst-case scenario.

Tourism is considered as one of the largest foreign exchange earners and fastest-growing sectors in the region.

Tourism contributed to the Gross Domestic Product (GDP) of the EAC partner states by an average of 8.8 per cent in 2017.

The percentage contribution was higher than the average in Rwanda (12.7 per cent), Kenya (9.7 per cent) and Tanzania (9 per cent).

Tourism in Africa is mainly 71 per cent leisure driven, with the remainder 29 per cent being business-driven. Domestic tourism contributes 56 per cent with international tourism contributing 44 per cent to Africa's tourism industry.

Rwanda Convention Bureau that promotes the country as a preferred destination, says about 20 meetings that had been scheduled for March and April were indefinitely postponed as a result of the ban on flights.

Kenya Airways estimates that it is losing at least 8m US dollars a month, noting that the situation could change more dramatically in coming days as more restrictions in global travel come.

According to IATA, it is expected that there will be 2.5 million fewer passengers resulting in a 540,000,000m US dollars revenue loss, risking 137,965 jobs and 1.1bn US dollars in contribution to Kenya's economy. There will also be 79,000 loss in passenger volumes and 20.4m loss in base revenues in Rwanda.

The disruptions to air travel could also put at risk about 3,000 jobs in the country. If the situation spreads further, approximately 201,000 passengers and 52m US dollars of revenues could be lost.

Due to flight bans as well as international and regional travel restrictions, airlines' revenues are plummeting - outstripping the scope of even the most drastic cost containment measures. With average cash reserves of approximately two months in the region, airlines are facing a liquidity and existential crisis, thus support measures are urgently needed.

EABC says the impact on the hospitality industry is huge as what is being experienced is closure of some hotels and recreation centres. An example is Serena Hotels that has closed temporarily 10 of its lodges until June 15 this year.

There is also a temporary suspension of nature tourism as some of EAC partner states are landlocked and do not have ocean coastline to provide for snorkeling, sandy beaches or marine-based tourism.

In Rwanda where nature tourism has contributed substantial revenues, effective 21st March, 2020, tourism and research activities as well as gorilla trekking in Nyungwe Park, Volcanoes Park and Gishwati-Mukura National Parks were suspended until further notice as a preventive measure against the transmission of COVID-19.

"This will therefore mean a loss in tourism revenues where a gorilla trekking permit costs up to 600 US dollars (560 Euros) in Uganda, and upwards of 1,000 US dollars in Rwanda," said Dr Mathuki in the EABC assessment report.