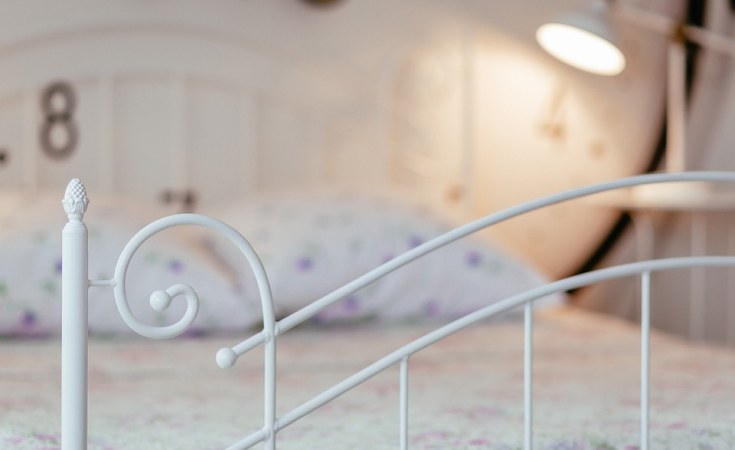 While Nigerian shoppers have been stockpiling essential goods and food, sex toy sellers in Lagos and Abuja say their sales have also shot up.

Findings by PREMIUM TIMES have shown that in most online stores where sex toys are sold, the items are either in short supply or sold out.

A cross-section of sex toy sellers told this newspaper on Wednesday that sales began to pick up two weeks before President Muhammadu Buhari announced the 14-day lockdown in Lagos, Ogun and the nation's capital, Abuja.

They also said they are overwhelmed by the demand for their products amid the Coronavirus lockdown.

"The pandemic has been challenging generally but it has not affected the sex toy market. Pre lockdown in Lagos and Abuja, the weekend before it started, sales really skyrocketed. I was getting orders, left right and centre," said Lami, owner of Sextoysnaij.

"It felt like people knew there was going to be a lockdown and they had to be ready. The lockdown started on Tuesday, on that day and Wednesday, I had just four orders. By Thursday, sales increased again. I sold out on half of my stock. My vibrators and wands were sold out.

"It went above average and beyond."

Hannah Jonathan, a sex toy store owner popularly known as Soulspice the Sex goddess, said she exhausted her supplies as early as 10.00 a.m. two weeks ago.

Ms Jonathan also said she has witnessed an over 50 per cent increase in sales since the lockdown was enforced, a development, she said, she never saw coming.

Before the lockdown came into full effect, the sex toy retailer said she ships out an average of about 100 sex toys to online customers in Lagos, Abuja, Port-Harcourt, Kaduna, Kano, Ibadan, Delta, Edo and Akwa-Ibom States. She said in Lagos State alone, the orders were triple the amount that she ships outside the state weekly.

"The boom in sex toy sales is a good one for us because Nigerians don't rest. Most low and middle-class citizens don't even go on vacation, so this has been the best time for us all," she noted.

"A lot of people now have better sex lives now because they have time to explore and be adventurous with one another. The lockdown has helped reduce stress, which is a major problem, - and this would boost people's libido as well as boost fertility in women."

The sex toy merchants sampled by this newspaper admitted that in particular, the demand for sex games and toys by couples has spiked.

"It makes me happy that Nigerians are satisfying their urges at this difficult time when people feel vulnerable," said Mathew Okon, co-owner of Hot Pleasurz, an Abuja-based sex toy shop.

"I'm happy that many marriages will be strengthened at a time like this because hopefully, they are having more sex while side chics are left lonely."

The Sexgoddes also said she has recorded an increase in patronage by married couples, especially men who live far away from their wives. She said patronage has risen more than fourfold since mid-March compared with the same period before the lockdown.

"Trust me, married people buy from us more. Men buy for their wives, especially when those who are not always home to sexually please their wives," she said.

"Couples have also been making good use of the opportunity of the lockdown to spice up their sex lives and rediscover their bodies. Apart from toys suitable for single people and couples that live apart, couples have also been purchasing sex toys to help make their sexual relationships more interesting."

Ms Lami of Sextoynaij also said her patrons outside of Nigeria are mostly married women.

"There's a particular state, I don't want to be specific, only one of my customers there is single," she noted.

Another sex toy seller, Adeola Badmus, owner of Sextoy9ja said she has also experienced a very high increase in sales in the past weeks. She ascribed the boost in sales to two factors.

"The first thing is people being alone right now, especially the single ones that can't have access to their significant others, so they resort to more self-love(Masturbation).

Secondly, because we have a strong presence online and people spend more time online now, more people have been seeing our social media pages and reaching out to get these toys."

Ms Badmus added that people (men) order more of female toys in recent times, specifically 80 per cent of her clients.

She said there has been a balance in the gender of people who order her products. According to her, most of her male clients buy female sex toys for their female friends and wives because people are more open to using sex toys.

The Sexgoddes also added that a lot of sex toys are actually designed for couples and not singles. According to her, people, religion, culture, and traditional beliefs have made it impossible for most Nigerian couples to accept them.

She said, "Men can use this by wearing it on their fingertips and gently caress her breasts, clitoris, and labia. It can also be used to stimulate her G-spot and do body massage.

"There are others like the wand and clitoral massagers that allow the woman to pleasure herself while the man pumps in using a sex position that allows the couple to look into each other's eyes."

However, despite the boost in sales, the lockdown has also affected the sex toy business in Nigeria negatively, as sellers have been unable to bring in new toys because of the Coronavirus lockdown.

The Sexgoddes, who said she ships her sex toys from China and the United States, lamented the shortage of sex toys, not only at her store but in other sex toy shops as well.

"Bullets have been selling fast because most sex-toys sellers are out of vibrators. Those who have had to increase their prices because of the scarcity now don't have much to sell.

According to Lami of Sextoynaij, people order more wands.

"I don't know why but wands are selling like fire at my store," she revealed.

The major challenge, according to the sex toy sellers is how to match delivery with teeming demand for their products.

"The major challenge now is how to send people their orders. The dispatch riders are only allowed to deliver essentials, like food. However, I feel like the lockdown has not been bad on our sales because the orders have been tremendous.

The Coronavirus lockdown has also fueled the sex toy sales in Denmark and France.

Sex experts in Denmark say the sales of sex toys in the country have more than doubled after Danes were told to stay at home to limit the spread of the virus.