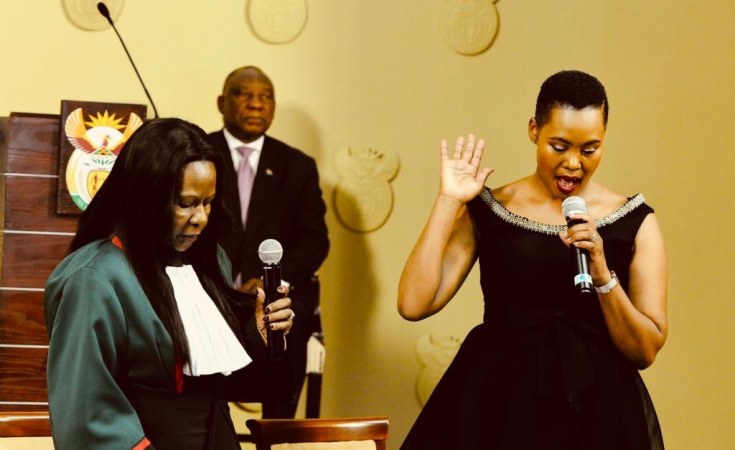 The police have confirmed an investigation against Communications Minister Stella Ndabeni-Abrahams is underway after she contravened the lockdown regulations.

After two days of News24 inquiries whether the police would investigate her, Police Minister Bheki Cele's spokesperson, Brigadier Mathepelo Peters, said on Thursday the "necessary investigation processes are currently underway".

This after the EFF opened a case against Ndabeni-Abrahams who admitted, in a televised message, she had contravened the lockdown regulations.

Last Friday, Cele announced 2 289 people had been arrested since the beginning of the lockdown for contravening the regulations.

Ndabeni-Abrahams was pictured having a meal at the home of former deputy minister of higher education Mduduzi Manana, which left many South Africans on social media calling for her head.

President Cyril Ramaphosa summoned her to a meeting on Tuesday, where he expressed his disapproval and told her she had undermined the lockdown regulations which required all citizens to stay at home to curb the spread of Covid-19, News24 reported.

In a statement after the reprimand, he said the law should take its own course.

"The nationwide lockdown calls for absolute compliance on the part of all South Africans. Members of the national executive carry a special responsibility in setting an example to South Africans who are having to make great sacrifices.

"None of us - not least a member of the national executive - should undermine our national effort to save lives in this very serious situation. I am satisfied that Minister Ndabeni-Abrahams appreciates the seriousness of what she has done and that no one is above the law," Ramaphosa said.

She has since been placed on special leave by Ramaphosa for two months and made to apologise to the nation.

The lockdown has been extended to 30 April.