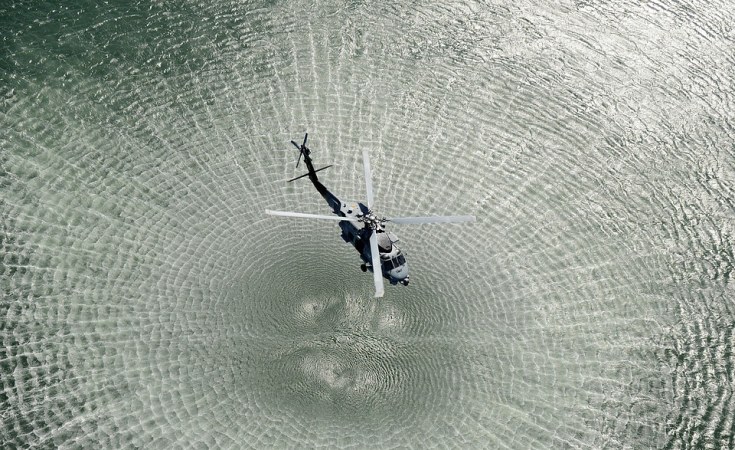 The aviation unions in Nigeria have threatened to mobilise the aviation community against the Rivers State Government if it fails to immediately release the Caverton pilots.

The unions also demanded an unqualified public apology to the personnel and the companies involved, which include Caverton Helicopters and Shell Petroleum, as well as adequate recompense for the same persons and companies for personal damages and losses in revenue.

The unions stressed that failure to meet these demands would incur their wrath and they shall have no other choice than to mobilise the aviation community against the state.

"It beats our imagination how the state Governor, Nyesom Wike, a lawyer, would so flagrantly disregard the provisions of the Constitution of the Federal Republic of Nigeria which vests legislation and regulation of aviation matters exclusively on the Federal Government, and how he could so arrogantly assume the power to invade a military base, accost aviation personnel who were on lawful national assignment and purportedly prosecute and remand innocent citizens and legal foreign workers, contrary to everything reasonable and lawful, and in such bizarre manner.

"Beyond the issue of legality, it is altruistic that any restriction on movements due to emergency situations anywhere in the world normally precludes essential services providers, as the current situation of coronavirus shows worldwide. In Nigeria, nothing is more essential than oil and gas services," the unions stated.

The groups argued that to impede production of oil and gas was to dangerously touch the very nerve centre of Nigeria's national economy and in extension affect electric supply in the country.

They further noted that the actions of the state government point to a "personal unwholesome agenda; a ventilation of anger against undeclared adversaries," adding that they find it most unbecoming for a high ranking government official of the status of a governor of a state to be precipitating constitutional crisis, sabotaging national interest, harassing innocent citizens and workers, and creating a major distraction at a time such as this when forging synergies and aligning forces are direly required to defeat the common enemy of coronavirus.

Last Tuesday, two of Carverton Helicopter pilots, Samuel Urgoji and Samuel Buhari, were arrested by the Rivers State Government Task Force on COVID-19 for flying people into the state.

They were arraigned with charge No: PMC/532C/2020 on four-count charge of disobedience to the order of the Rivers State Government and were remanded in prison till May 19, 2020, when their trial would commence.

Nigeria to Borrow U.S.$7 Billion to Cushion COVID-19 Impact
Tagged:
Copyright © 2020 This Day. All rights reserved. Distributed by AllAfrica Global Media (allAfrica.com). To contact the copyright holder directly for corrections — or for permission to republish or make other authorized use of this material, click here.