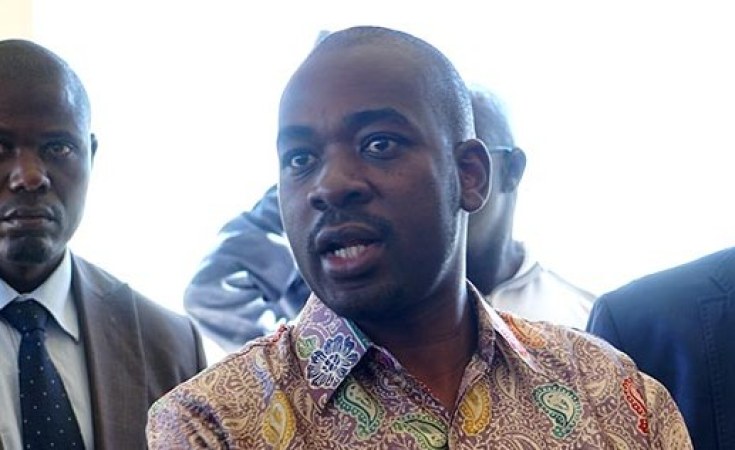 The Supreme Court ruling to the effect that Nelson Chamisa is not the legitimate leader of the main opposition MDC, coupled with an order compelling it to hold an extraordinary congress after three months is a damning indictment on the party's failure to adhere to constitutionalism, which has opened the room to political manipulation.

Analysis of the judgment clearly shows MDC's failure to uphold constitutionalism, which has left the MDC party vulnerable. The judgment is a wake-up call for the opposition movement, whose rallying cry has been the importance of upholding constitutional order since its formation in 1999.

The first major issue was whether the appointments of deputy presidents by the founding president the late Morgan Tsvangirai in 2016 were unlawful, while the other issues related to the legality of Chamisa's rise to the presidency of the MDC-T in February 2018.

The superior court's judgment upholds the High Court decision that the appointment of the two vice-presidents in 2016 and the way Chamisa rose to power were illegal. This means the party should revert to pre-2016 appointments, meaning Thokozani Khupe is the official MDC-T leader.

The fact that none of the top officials challenged Tsvangirai's decision back in 2016 was not only a costly mistake but raises questions on the party's commitment to the tenets of democracy.

Last week's ruling is the result of a failure to challenge the brazen flouting of the party's constitution. Tsvangirai flouted the party constitution and failed to resolve the succession issue until his demise on February 14, 2018, further splitting the party ahead of a crucial election that year. Tsvangirai's death threw the party into a quandary and the succession battle took a nasty turn among the three deputies.

Chamisa emerged the new leader of the party, albeit in a controversial manner. The moment Tsvangirai violated the party's constitution, he opened the MDC to political risk.

"There were indeed untoward circumstances in the lead up to Chamisa becoming the leader of the MDC. The Supreme Court has delivered a technical ruling on these--although its ruling has of course significant political consequences. The opposition is already so divided that it has ceased being able to mount a coherent challenge to President Mnangagwa, whether on his own legitimacy or on other detailed policy matters such as the fiscal reasons behind the finance minister's inability to deal with the budgetary crisis," he said.

Chan said there were slim chances that the opposition could come together to form a formidable challenge against Mnangagwa in 2023, but urged Chamisa to make a clean break.

"However, no matter how he came to be a party leader, it remains the fact that Chamisa is the opposition leader with the greatest public support. He should, in my opinion, now simply make a clean break and reconstitute his very significant portion of the MDC into a newly named party," Chan, a professor of World Politics at the University of London's School of Oriental and African Studies, said.

Political analyst, author and publisher Ibbo Mandaza said the Supreme Court ruling was flawed and premeditated. Mandaza believes there are political machinations behind the ruling, questioning why the ruling was handed down a day after a pronouncement that all non-urgent court proceedings had been suspended due to Covid-19.

"The judgement is seriously flawed, as it conflated the MDC-T and the MDC Alliance, which stood separately during the last election. What is untold is the political machinations behind this ruling. They said there will be no judgments during the lockdown but after two days a big judgment was handed down," Mandaza said.

"It is a vain attempt and a complete waste of time," Mandaza added.While the judgement does not affect the MDC Alliance, which is led by Chamisa, political analysts say it gives them a chance to re-arrange themselves into a formidable opposition political party that can dislodge Zanu PF in 2023.

The analysts say it is also an opportunity to rebuild the fractured MDC-A party, pursue new alignments and come up with a broad alliance that can vie for state power.

Khupe on the other hand does not command the critical mass needed to win any election, as her brand is tainted by hobnobbing with Zanu PF.

Lawyer Alex Magaisa said: "How the MDC Alliance proceeds from here is all in the hands of the members, not the courts of law. If they want Chamisa to still lead them, no court can stop them from doing so. If they do not want Khupe to lead them, no court can command them to like her. The members must, however, accept that there may be a few hiccups as the party navigates this murky terrain but, ultimately, they and they alone hold the power to confer authority upon a leader of their choice."