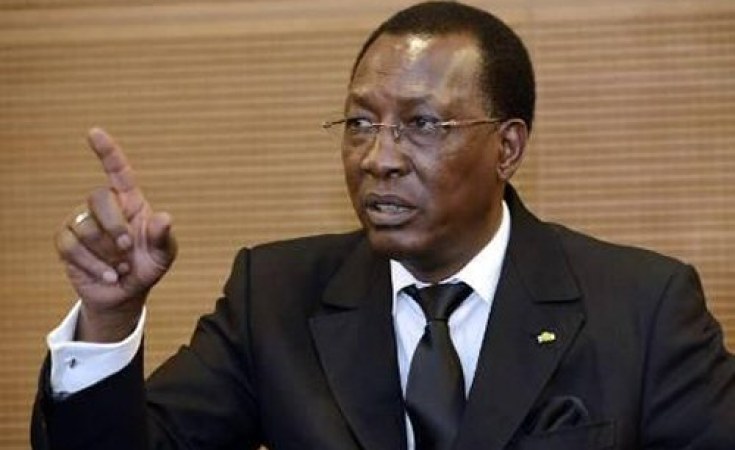 Speaking on the country's national television, President Deby expressed frustration over the lack of commitment by some allies.

Chad's President Idriss Deby has announced the suspension of his country's troops in military operations outside the country's borders as part of national army campaigns against armed groups active in the Lake Chad region and the Sahel. "Our troops have died for Lake Chad and the Sahel. From today, no Chadian soldiers will take part in a military mission outside Chad," he told national TV on Thursday, April 9, 2020. He added that, he had warned those countries that his forces would move out of bases seized from Boko Haram by April 22, 2020, regardless of whether their armed forces moved in or not. The decision came as Chadian armed forces ended a major offensive against Boko Haram during which they claimed to have killed 1,000 Boko Haram fighters in the operation, while fifty-two of the country's soldiers lost their lives. The offensive was launched after at least 92 Chadian troops were killed in a Boko Haram raid on a base at Bohoma on March 23, 2020, the biggest one-day military loss in the country's history. Though the implications of Deby's remarks for Chad's wider military involvement were not immediately clear, things might not be the same again in the fight against Boko Haram in the region. Lake Chad is a vast body of water where the borders of Niger, Nigeria, Chad and Cameroon meet. The western shores of the lake have been hit by fighters crossing from north-eastern Nigeria, where Boko Haram launched an armed campaign in 2009. The four countries (Chad; Cameroon, Niger and Nigeria) bordering the Lake moved in 2015 to set up a formation called the Multinational Joint Task Force (MNJTF), also including Benin, to fight Boko Haram. But since then, Chad has shown frustration with the MNJTF especially after the Bohoma losses. Chadian troops are also part of the so-called G5 Sahel force, comprising soldiers from Burkina Faso, Mali, Mauritania and Niger, as well as fighting armed groups in the Sahel. While announcing the end of the offensive, the army said on Thursday that its troops had expelled armed fighters from Chadian soil and had advanced deep into Niger and Nigeria.

Next Story
Tagged:
Copyright © 2020 Cameroon Tribune. All rights reserved. Distributed by AllAfrica Global Media (allAfrica.com). To contact the copyright holder directly for corrections — or for permission to republish or make other authorized use of this material, click here.