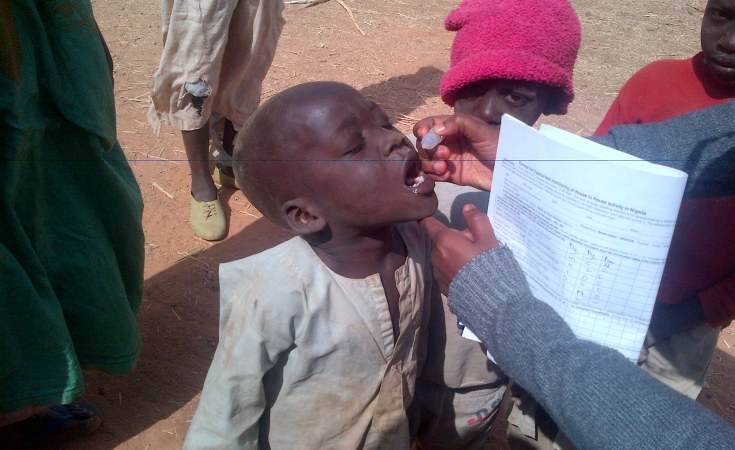 The impact of the coronavirus pandemic on all facets of life cannot be over emphasized. The new virus has infected almost 2 million and killed 119,815 worldwide. The pandemic has also taken a toll on economies in most parts of the world, causing businesses to stagnate or fold up and leading to enormous job losses. The healthcare industry which is the forefront of the war against covid-19 fights different battles on several fronts on a daily basis; testing challenges, inadequate PPEs and ongoing need for human resources, drugs, beds, ventilators and many other items required by hospitals.

Many have expressed fears on the ability of Nigeria's healthcare system to handle the spread of covid-19 in the nation. The reason is simple; Nigeria's health sector has been one of the weakest in the world. The country, despite being Africa's largest economy, was, in 2017, rated 187 out of 190 countries in World Health Systems, only ahead of Democratic Republic of Congo, Central African Republic and Myanmar. Even though some aspects of healthcare delivery have improved since then, it is still not prepared to handle an epidemic in the proportions seen in the U.S. and across Europe.

In spite of its shortcomings however, the government in Nigeria has responded rather well to covid-19, putting in place several measures to combat the spread of the disease. There has been relative success in identifying and tracking suspected cases, and several individuals, including the initial index case, have been treated successfully and discharged.

However, it seems all the focus on healthcare has gone to covid-19 while other health needs of the population are being given much less attention. In fact, healthcare in Nigeria, in the time of coronavirus, seems to be depreciating on several fronts.

As confirmed cases of covid-19 infections rise in Nigeria, there is palpable fear among the general populace, fueled by the abundance of misinformation and 'fake news' on social media. After a Government directive putting a ban on public gatherings of more than twenty people was issued on March 21, 2020, many public and private health facilities interpreted this as an instruction to stop attending to large numbers of patients. Patients are now being instructed to return home and continue their medication, while only emergency cases get attention. This means more people now have less access in a country where the Doctor to Patient ratio is 1;2,500 and healthcare accounts for only 4.5% of the budget.

Getting Turned Away from Hospitals

Several public and private hospitals in Lagos and other parts of Nigeria have begun to turn away patients. Hospitals want to avoid crowds of people on their premises and also more importantly, avoid any yet-to-be-detected covid-19 cases, since most do not have facilities to carry out testing and the risk to the staff is high. One health worker said her hospital had no personal protective equipment for its staff and they would be at risk if they unwittingly admitted a covid-19 case. As a result, many people with other illnesses find themselves in a dilemma.

Access To Care for Simple Illnesses Harder Than Usual

In Osun State, which now has the third highest number of cases in Nigeria, Fadekemi, a banker, and her husband Tunji, took their ten year old son to a private hospital, to get treatment for the boy's skin infection. They were informed by the staff that there were new guidelines on patient admission into the hospital. The hospital had put in place instructions on who could be allowed inside and such bottlenecks made processes that were erstwhile simple, very arduous. Even though the boy eventually got treated, it was clear that the restrictions have been deliberately placed to discourage people from coming to the hospital.

The worst affected by this scenario are mothers with newborn babies. In Nigeria, all babies are expected to be immunized after birth and at different intervals up till when they are two years of age. Such immunization programs have been very effective against many diseases and have prevented childhood deaths and deformities. In Nigeria, immunizations are usually administered by primary health centres, which now attend to very few people. The nurses claim that they are not allowed to attend to many people at a time, and majority of the mothers end up not getting their babies immunized.

Then there is the greatest danger of all; deaths resulting from neglect of individuals by hospitals. A former house of assembly member in Osun State Atolagbe Afolabi, suffered a stroke and was taken to several hospitals in Osogbo, which all rejected him. He was later referred to Obafemi Awolowo University Teaching Hospital in Ile-Ife, butdied before he could get to the hospital.

As a result of difficulties faced at hospitals, most people now choose to self medicate, buying drugs at pharmacies without prescription. Many also opt for traditional treatments in the form of herbal teas and concoctions. These options may create public health catastrophes on their own, including poisoning from herbal remedies and complications that may arise from taking medications not prescribed by doctors.

In spite of the seriousness of the coronavirus pandemic and the urgent response it requires, other areas in which the services of health workers are needed cannot be ignored. As part of its fight against covid-19, the government needs to provide facilities for testing more people in hospitals, so that individuals with covid-19 can be easily identified and treated. There's also the urgent need of providing Personal Protective Equipment (PPE) for health workers. This will reduce the fear of contracting the virus and give them the confidence they need to attend to people with other health problems.

As the NCDC has been available to inform and educate Nigerians on covid-19, the health ministry in Nigeria must mandate healthcare facilities to rise to their responsibilities to the public while also sensitizing people on the importance of obtaining healthcare as/at when necessary.

Adejoke Adeboyejo is a freelance writer based in Lagos, Nigeria and writes about healthcare, women and development issues.

UN Provides Vital Supplies for Nigeria's Response to COVID-19
Tagged:
Copyright © 2020 African Arguments. All rights reserved. Distributed by AllAfrica Global Media (allAfrica.com). To contact the copyright holder directly for corrections — or for permission to republish or make other authorized use of this material, click here.