South Africa: There Is a Dire Need to Boost SA's Stimulus Package 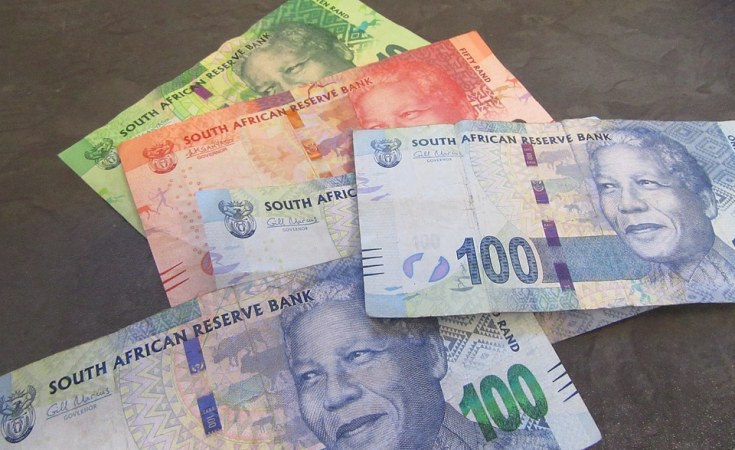 To prevent Covid-19 from destroying their economies many dynamic countries have introduced large emergency economic stimulus packages that comprise significant proportions of their countries' GDPs. These combine monetary and fiscal measures, prioritising injecting cash into the wider economy, rescuing vulnerable businesses, supporting self-employed individuals and providing support to the unemployed.

Many countries rightly see the Covid-19 peril as similar to a war situation, which demands extraordinary measures not usually used in peace-time. Some countries are funding their stimuluses packages through debt, setting aside existing fiscal and monetary restrictions or using reserves kept for emergencies.

Singapore unleashed a stimulus package of almost $55bn, or 11% of the country's GDP, to prevent it from plunging into recession because of Covid-19. It widened the country's budget deficit to 7.9% from a previous target of 2.1%, and drew as much as $17bn from reserves. The Singapore Monetary Authority manages monetary policy through tuning the exchange rate, letting the local currency fall or rise against the currencies of its main trading partners, rather than adjusting interest rates. As part of the stimulus package the authority eased the exchange rate in the most aggressive way since the 2008/2009 global financial crisis, by adopting a zero percent annual appreciation rate.

The Singapore stimulus included scrapping property taxes for hotels, restaurants and shops; wage support for businesses, particularly in most vulnerable sectors such as aviation, food services and tourism. It also provided direct cash to the self-employed, including freelancers, lower-income workers and the unemployed. It provided funding to civil society and community organisations and charities involved in community help. Grocery vouchers were given to the needy. Housing loan payments were deferred for up to six months.

South Korea released an economic stimulus package of $13.7bn, just under 1% of the country's GDP. Part of this will be financed by a combination of reprioritising fiscal resources, debt and treasury bonds to be issued later this year. The Bank of Korea slashed interest rates by 50 basis points. The bulk of the emergency stimulus is aimed at strengthening the public health system, SMMEs and subsidising the wages of struggling companies. It relaxed loans for all exporters. Those who have lost their jobs will be retrained. The government provided childcare subsidies over the lockdown and made cash payments of $816 to each family except the richest 30%. SMMEs are exempt from certain taxes and utility bills over the lockdown period.

Brazil has unleashed a $29bn stimulus package, about 5% of GDP. The stimulus is based on reprioritising existing fiscal resources. The government has refashioned current monetary, fiscal and budget policies to tackle the Covid-19 emergency. It deferred company taxes and allowed employees to make withdrawals from their Employee Indemnity Guarantee Fund, to which all employees have to contribute 8% of their salary. Companies have been allowed to postpone their contributions to the fund for up to three months. The government also lifted import tariffs on medical products and gave tax exemptions to locally produced medical products.

Private banks agreed to extend the maturity dates for personal, household and SMME loans by two months. Banks were asked to renegotiate easier terms of existing loans of struggling companies without charging extra. The Brazil central bank cut interest rates by 50 basis points and repurchased dollar-denominated sovereign bonds to stabilise financial markets. It eased the capital requirements for banks, to make funds available for them to lend during the crisis. The government lifted its fiscal target to free up financial resources. Those who are self-employed, in informal employment or unemployment will get a basic income grant of $125 a month for three months.

India unveiled a $22bn stimulus package or 1% of GDP, and an additional $2bn to support the public health system. The Reserve Bank of India cut interest rates by 75 basis points to 4.4%. It also cut the case reserve ration, the amount lenders must hold in reserve, by 100 basis points to increase liquidity in the economy. It put a three-month moratorium on loan repayments by banks and informal lenders. The government will deliver 5kg of grains and 1kg of lentil rations monthly to 800-million people, among a range of other direct assistance measures to the poor by civil society organisations, and targeted relief by banks.

Germany has rolled out a €750bn economic stimulus package, about 5% of GDP, financed by new borrowing. It will take on new debt for the first time since 2013, representing 10% of GDP. The stimulus will fund unlimited loans to large companies, pay 60% of salaries of companies going into short-time and provide financial support to the self-employed. Up to €100bn will be used to take direct equity stakes in failing companies to prevent collapses or foreign takeovers.

The US has unveiled a $2-trillion coronavirus rescue package, 11% of GDP, for struggling companies and employees. This includes loans, equity stakes in struggling companies and direct payments to companies and individuals. Mid-size companies with between500 and 10,000 employees can access loans with interest rates no higher than 2%, and those with 500 or fewer can access loans from banks to cover more than two months of operational costs and payrolls, with the government covering repayments for the first eight weeks. Struggling airline companies, which are deemed critical to national security, will get $60bn in loans and grants to help with operational costs and pay employees. The government is paying $1,200 to all families earning less than $99,000 a year.

Given these examples, SA's response so far seems inadequate. It should reduce the reserve requirements for financial institutions to allow them to lend at easier terms to struggling firms. The Reserve Bank could and should cut interest rates further. Personal and corporate taxes should be deferred. The Unemployment Insurance Fund should be used to finance those who have lost their jobs because of Covid-19. Government's contingency reserve of R5bn should be mobilised for targeted intervention in the crisis. And alleviating the economic crisis is also a credible reason for funds of the Public Investment Corporation to be used.

A basic income grant to the poor, unemployed and homeless could prove crucial to helping them through the coronavirus crisis. Food vouchers should be considered to allow the poor to buy food at retailers. The other option is to distribute food parcels to those in need. However, it will be difficult to reach everyone, even if the food is distributed by the army or civil society organisations. Well-off individuals can pitch in with food parcels or vouchers and contribute towards rolling out a basic income grant. Ultimately, government, the private sector and civil society will have to work more closely together than ever before, whether in the health sector, sharing expertise or supporting the vulnerable.

Next Story
Tagged:
Copyright © 2020 Democracy Works. All rights reserved. Distributed by AllAfrica Global Media (allAfrica.com). To contact the copyright holder directly for corrections — or for permission to republish or make other authorized use of this material, click here.