Africa: In the Time of COVID-19, African Leaders Must Put Their People's Health First 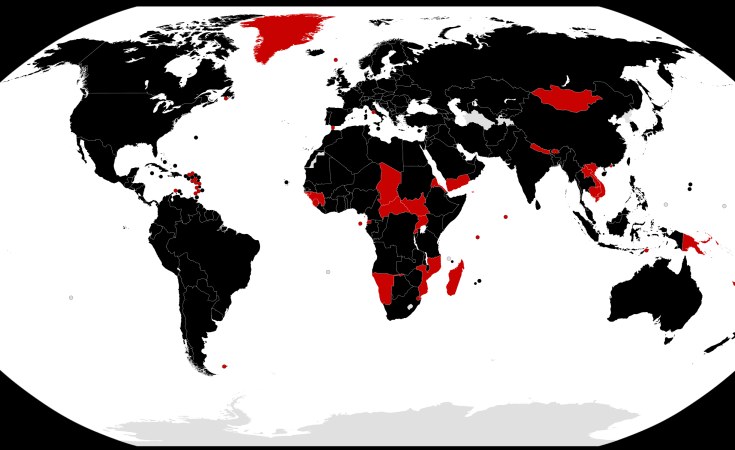 A group of 88 African intellectuals has come together to sign an open letter to African leaders, calling for them to re-think health as an essential public need in light of the Covid-19 crisis.

Among those who penned the initiative were Lionel Zevounou, a Paris Nanterre law professor, political scientist Amy Niang from Wits University, South Africa, and Senegalese development economist Ndongo Samba Sylla, who drummed up the support of like-minded colleagues, including in the Arab-speaking and Lusophone parts of the continent.

"In such particular circumstances, it is important that African intellectuals rise to the challenge by speaking their mind and offering a new direction," Sylla tells RFI.

The Africa Centre for Disease Control and Prevention reports that more than 16,000 cases of Covid-19 have been recorded across the continent, with a death toll of 878 and 3,200 recoveries. Those figures will rise.

Part of the impetus came from statements from a number of governments, including France, that their country was at "war" - a point that they do not agree with. No pandemic has become so globalised, damaging economies, as the entire world seems powerless in Covid-19's path, says Sylla.

"Now, we can with utmost clarity see that though international cooperation is desirable, Africa has to rely on itself to feed its populations, make sure they have access to healthcare, decent livelihoods," he says.

The letter points out that while dealing with the Covid-19 crisis is urgent, it should not "constitute a mode of governance".

"It is a question of seizing this moment of major crisis as an opportunity to review public policies, in particular to ensure that they work in favour of African populations and according to African priorities," the intellectuals write.

"In short, it is a question of putting forward the value of each human being."

African governments, seemingly so out of touch with their own people, have applied Western modes of containing the virus, including social distancing and lockdown measures, disregarding the informal sector, or those who must work daily in order to eat and feed their families, says Sylla.

"You want to lock down all informal sector workers? Great, will you give them food and shelter? No, you can't! You have to act with intelligence and tact and not imitate what more developed countries are doing, as their populations can better afford a total lockdown," says Sylla.

African government need to "reconnect with local configurations, to get out of sterile imitation... to think about our institutions according to our common singularities and what we have. To think inclusive governance, indigenous development, to create value in Africa in order to reduce our systemic dependence".

"Africa needs inclusive societies with no one left behind. That's what the virus is teaching us."

'Africa rising' as others suffer

The letter also tackles the "Africa rising" narrative of a continent "in motion... the new frontier of capitalist expansion" and economic growth that was convenient for middle and upper classes, but left those struggling at bottom out of the equation.

Sylla, an author and economist, sees the myth firmly planted in his own country.

"Take the case of Senegal: it recorded 6 percent annual GDP growth since 2012. Yet, around 52 percent of rural households have access neither to soap nor water -- and Senegal is in a better situation than many African countries," he says.

"The virus is also teaching us that our development model in Africa has not been meaningful until now. This has to change."

Since the letter was published on Monday, it has resonated with many who have written to say express their support.

"A chemist from Democratic Republic of Congo (DRC) wrote us that our letter resonated with her and what most people in DRC are living," Sylla says. "She told us that in North Kivu there is no anaesthetist and no ventilator."

The Congolese chemist and other volunteers are trying to address the profound failings described in the letter on a local level.

"We hope that the positive energy aroused by this letter will help mobilise Africans to seize this health crisis as an opportunity for the long-awaited transformation of the continent," he says.

When Lockdowns Cause Social Tensions

Domestic Worker Gives Away Nearly Half Her Salary During Lockdown
Tagged:
Copyright © 2020 Radio France Internationale. All rights reserved. Distributed by AllAfrica Global Media (allAfrica.com). To contact the copyright holder directly for corrections — or for permission to republish or make other authorized use of this material, click here.