Africa: How to Ensure Poor People in Africa's Cities Can Still Get Food During Lockdowns 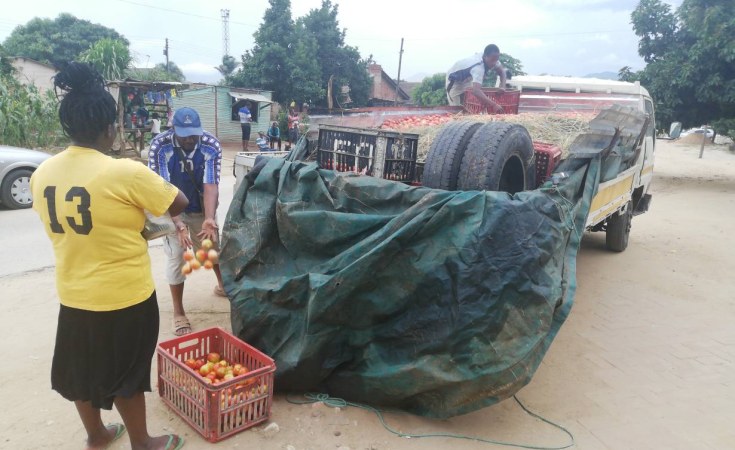 More than half of all African countries have now imposed lockdown measures aimed at flattening the curve of new COVID-19 infections. The reason for taking such drastic measures while infection rates are still relatively low, compared to the rest of the world, is that they could help Africa prevent the pandemic from making an even greater impact.

Some of the lockdown measures are even more stringent than those in many developed countries. These measures are already having a negative economic impact, particularly on urban populations.

People operating in the informal economy, who make a living based on daily transactions, are the hardest hit. Unlike many developed countries, Africa is largely urbanising without commensurate industrialisation. Formal job growth lags far behind. The urban informal economy is the main generator of income. It accounts for almost 72% of non-agricultural employment across the continent.

The Nobel prize winning economist Amartya Sen famously observed that hunger is usually not a result of an insufficient supply of food, but rather a result of political constructs that result in those most vulnerable not being able to access the right foods. For the poorest urban dwellers this vulnerability is aggravated when their incomes fall at the same time as food prices rise - a situation already happening in developing country cities facing lockdowns.

Governments must therefore focus on keeping food supply chains working. This will require a combination of interventions. The first is to ensure that sufficient food reaches urban markets and that it remains affordable. They will also need to ensure that food can be accessed by those who need it most and in such a way that continues to ensure the health and safety of everyone.

Prior to the COVID-19 crisis, food in African cities was already expensive. Urban populations pay about 35% more for food than people pay elsewhere. One of the drivers is the sprawling and fragmented form of many African cities, due to poor planning. This increases the costs of land, rent and transport. It translates into higher costs throughout supply chains, including those for food.

During the COVID-19 crisis, food supply chains were initially disrupted by the closure of borders. This is a worry for low-income countries, which are much more dependent on food imports.

Next came bans on public and private transportation inside countries, threatening the supply of food to cities. The bans also threaten supply chains of imported food via cities to rural areas.

Many countries, like Kenya, are exempting official food supply shipments from these bans. But food that supplies markets in African cities is often transported informally and in small quantities. More importantly, it is transported through the same public system that has now been temporarily shut down in many places.

In some countries, prices for some food products rose by more than 100% at the start of national lockdowns, driven by panic and uncertainty. India's case shows that disruptions in the food supply chain will result in higher food prices, hitting the urban poor the hardest.

Food aid is only a temporary stop gap

Some African countries are distributing food aid as a stopgap. Rwanda was one of the first. Uganda has followed, undertaking food distributions for 1.5 million vulnerable residents of Greater Kampala.

Distributing food aid may be complicated by the fact that it is not always clear who should be targeted. In many developing countries, vulnerability, poverty and hunger exist across the entire population. But during a crisis like COVID-19, people who rely on the market rather than growing their own food will be the most heavily affected. This is why both Rwanda and Uganda decided initially to target urban populations.

Even within cities, understanding who to target is difficult.

In more developed countries, comprehensive tax and employment registers make it easier to identify vulnerable populations. Without comprehensive registers, it may be logistically easier to get people to come to a central area to receive food if they need it. But not only does this undermine social distancing, having large numbers of desperate people in one place can bring about chaos.

Food aid may prove unsustainable. It's not yet clear how long lockdowns will need to last to flatten the curve sufficiently. And an effective vaccine is at least 18 months away. Yet the longer the lockdowns last, the more people may be pushed into poverty. More people will need food aid and for longer. Many African governments are already cash strapped and so free food distribution cannot be a long term strategy.

That's why ensuring stable access to affordable food is key.

Many African cities are sprawling due to their largely unplanned growth. As people flock to cities, they tend to live first on the outskirts where it is more affordable. Markets and individual vendors set up there to serve the informal settlements. These are important sources of food security for urban households. Because they are close to where people live, they enable daily purchases, particularly of fresh produce. Informal sector operators survive from income earned daily.

This decentralised food vending is often less tolerated by governments. But it may actually prove to be an advantage. It means people don't need to go far from home for food. It also may be easier to prevent crowds of people forming and more feasible than enforcing strict distancing measures in market spaces. What's more, these informal vendors, many of whom are women, are often the most economically vulnerable, so they need to be able to continue to sell.

Where there are larger markets, measures that allow them to operate safely will be key. This is for non-food items too, to allow people to generate income to purchase food. Measures will need to include effective sanitation and hand-washing stations. Targeting individual behaviour may also be highly effective.

Many of these markets already tend to be more organised, so it may be easier to work with them to implement measures. For example, vendors could work in rotation to decongest markets on any one day. This has already been done with some success in some places in India.

To avoid a hunger crisis, governments must think of sustainable solutions to keep food supply chains working. The COVID-19 crisis may last for many more months.

South Africa Announces Huge COVID-19 Economic Relief Package
Tagged:
Copyright © 2020 The Conversation Africa. All rights reserved. Distributed by AllAfrica Global Media (allAfrica.com). To contact the copyright holder directly for corrections — or for permission to republish or make other authorized use of this material, click here.