Mozambique: 'The Fight Against Terror Cannot be Based on Terror ' - Yussuf Adam 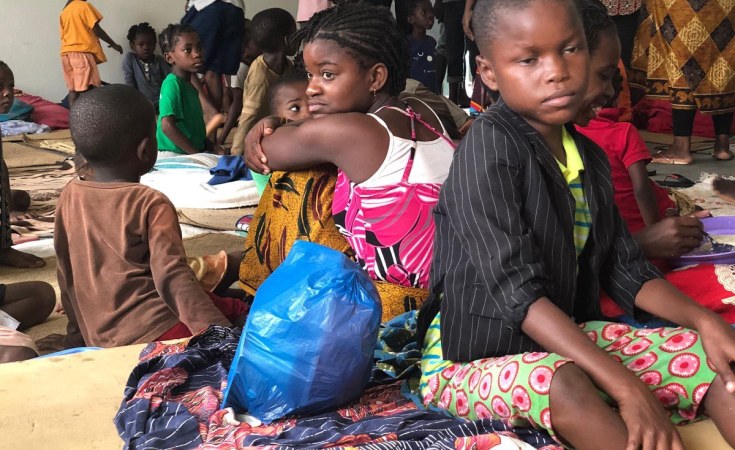 "The insurgents were created by an internal political and administrative process that gave them no voice, that discriminated against them, that marginalized them, and made their socio-economic characteristics, poverty, etc. extreme," warns Yussuf Adam, a Universidade Eduardo Monlane professor and one of the most respected long-term researchers of Cabo Delgado. "They were marginalized by the State. Factors such as corruption, nepotism, the lack of democracy, freedom of expression, and a lack of rigorous justice further marginalized these groups. Instead, they found armed violence and support from throughout the world for that form of struggle."

"We need to develop a response strategy that is not only based on the use of force, torture, fictitious judgments, and repression of journalists and freedom of expression," he argues. "The fight against terror cannot be based on terror. There is a need for a military response but also for mobilization systems that remove their ability to become fish in water," he explains in an article written on the Facebook page Lutar por Cabo Delgado on 14 April. The article in English and Portuguese is on:  https://bit.ly/Adam-Lutar1

"Religious and ethnic explanations are a smoke screen", Adam says in an interview in Canal De Mocambique (1 Apr) "There are Mwanis, Macondes, Angonos, etc involved in the insurgency. There are Christians. Catholics, Muslims, Protestants and even animists."

The insurgents "want part of the benefits of the investments in Cabo Delgado. They want fair payment for land that is expropriated. They want jobs."  In Mocimboa da Praia and Palma, people don't like the "Maputecos" - the pejorative term for people from the south. "The targets of attacks in Mocimboa were symbols of the institutions that the local people do not like or have given them trouble: police, army, finance, etc. Curiously, they also destroyed businesses and investments of the rich of Mocimboa, but not of ordinary traders and business people." Younger civil servants and business employees stayed in Mocimboa during the attack, frequently moving houses and apparently protected by local people, Adam added.

Many soliders fled, leaving behind their uniforms and weapons. "And when the soldiers fled in Mocimboa da Praia and Quissanga, the people applauded." But some fought, and between 60 and 120 soldiers were killed [in Mocimboa] and were buried in mass graves, without their identify "dog tags" which were sent to their families.  The entire interview, in Portuguese only, is on: https://bit.ly/Adam-Canal

Bishop Luiz Fernando Lisboa: without jobs, resources are a curse

"It is very sad that this is happening in a province so rich in resources such as natural gas, precious stones and rubies. … These resources should not continue to be a curse for the people, as they have been until now," said the Pemba Catholic Bishop Luiz Fernando Lisboa, in an interview with CDD (Centre for Democracy and Development, 12 Apr) on https://bit.ly/CDD-Bispo-1 in Portuguese only.

"It is necessary to invest massively in youth, because if we do not give opportunities to our young people, they will follow the path they are following now."

"Cabo Delgado today lives in a situation of isolation; it does not seem that we are part of Mozambique. We feel isolated, abandoned," the Bishop continued. "The climate of fear is widespread. And fear is not unfair. We all follow that some journalists who tried to cover the attacks were arrested."

And the war is getting worse. "It was unthinkable to attack Mocimboa da Prais, which is a town with a large contingent of military personnel, but they attacked and occupied it. They attacked the places where the police and the military were camped, took weapons, took cars, took food. The entire northern area of Cabo Delgado is a powder keg. The population is agitated and in almost all districts people are fleeing to safe places. For those who cannot afford to leave, the solution is to sleep in the bush."

Sergo Chichava: Who is the enemy?

"Evidence on the ground shows clearly that the country faces the presences of a radical Islam group that want to impose Sharia", and this is reinforced by the attacks of 23 and 24 March in Mocimboa da Praia and Quissanga, writes Sergio Chichava, scientific director if IESE (Institute of Economic and Social Studies) in Maputo, in Ideas Bulletin 127 published 13 April, in Portuguese only on http://www.iese.ac.mz/ideias-127/

But the roots of that enemy and its history are less clear, and in the paper he looks at four different explanations that have been given by the government: 1. Individuals who want to install an Islamic state, 2. artisanal ruby miners displaced by Gemfields (some of whom, Chichava confirms, have joined the insurgency), 3. business people based in Beira (which seems not to have been backed up), and 4. vaguely defined external forces.

Next Story
Tagged:
Copyright © 2020 Mozambique News Reports And Clippings. All rights reserved. Distributed by AllAfrica Global Media (allAfrica.com). To contact the copyright holder directly for corrections — or for permission to republish or make other authorized use of this material, click here.