Nigeria: Coronavirus - News You May Have Missed in Last 24 Hours 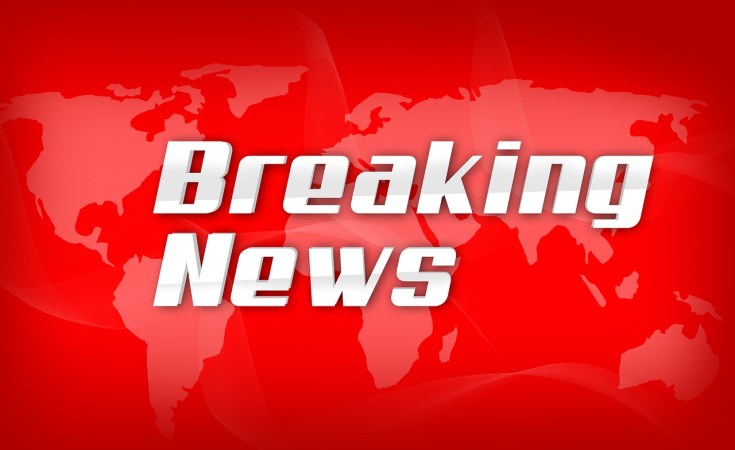 Mr Kyari who died in a Lagos private hospital became the most high profile person in the country to die from the coronavirus outbreak.

As a close ally of the president, he acted as the gatekeeper to the president. Mr Buhari, after his re-election last year, ordered ministers to channel all communications through the 67-year-old.

South Africa has recorded more than 3,000 cases of the COVID-19 pandemic despite its 21-day lockdown

This is an increase from the 50 COVID-19 related deaths and 2,783 confirmed positive infections announced on Friday.

More than 800 Ghanaians have contracted the COVID-19 disease with nine people dying from it, data from Ghana Health Service (GHS) shows on Saturday.

Ghana's The Daily Graphic reports that the country saw an upsurge in the number of infections when 193 cases were announced on Saturday morning from 641 on Friday, bringing the country's total to 834.

The coronavirus death toll in Spain--one of the world's worst-hit countries by the pandemic-- hit 20,000 after 565 new fatalities were recorded on Friday.

In the United Kingdom, more than 15,000 have died from coronavirus as the country grapples with the shortage Personal Protective Equipment (PPE).

UK's local government secretary, Robert Jenrick, said during the daily briefing that a significant consignment of PPE is due to arrive from Turkey on Sunday, which will include 400,000 gowns.

Pakistan says it will lift restrictions on congregational prayers at mosques but a host of safety conditions have been put in place to avert the further spread of coronavirus, the government announced on Saturday.

The country-- the second most populous Muslim country in the world, imposed the restrictions less than a month ago, allowing only three to five people at mosques for prayers.

The decision to lift restrictions, taken in a meeting between Pakistani president Arif Alvi and religious leaders, comes less than a week before the Muslim holy month of Ramadan, in which the size of congregations typically increases, Reuters reports.

"Mosques are given permission conditional to taking due precautions," a statement following the meeting said, adding that it was mandatory for mosque visitors to wear masks.

Pakistan has registered 7,638 cases of coronavirus and 143 deaths, with health experts warning that congregations pose the biggest threat to the limited healthcare infrastructure of the country of more than 200 million people.

According to the statement, worshippers will have to maintain a two-metre (6ft) distance from each other instead of the usual Muslim practice of praying shoulder-to-shoulder and mosque administrations will disinfect premises regularly.

The government had been under pressure to reverse the congregation restrictions, and clashes between mosque attendees and police had been reported in Karachi, the country's largest city.

France will try to avoid setting different rules for elderly people once the government starts easing its coronavirus confinement measures, the president's office said on Saturday.

There were concerns about the impact of the lockdown on the older generation when French president, Emmanuel Macron, days ago, said that older people, who are considered more vulnerable to the deadly virus, would be asked to stay home for longer.

The lockdown in France, which approached 19,000 COVID-19 deaths on Saturday, includes restrictions on store openings and people's movements which will remain in place until at least May 11, Mr Macron has confirmed.

After that, schools and shops are set to reopen, though it is still unclear at what speed France will allow some businesses like hotels or cafes to restart, and whether it plans to lift home confinement recommendations for everyone at the same time.

Algeria announced a lockdown extension till April 29 as it tries to limit the spread of the coronavirus amid increases in deaths and confirmed cases, the prime minister's office said.

The government had imposed a full lockdown in the Blida area, south of the capital Algiers, and a night curfew in the country's remaining 47 provinces until April 19.

Algeria has so far reported 2,418 infections and 364 deaths.

Croatia extends lockdown until May 4

Croatia has joined the league of countries extending their coronavirus lockdown.

A statement by the country's Interior Minister, Davor Bozinovic, said the lockdown will be extended by another 15 days that should end by May 4

He added the government was looking at whether it was possible to gradually ease restrictions on movement.

A month ago, the government closed all the shops, bars, restaurants, schools and public transport leaving open only food stores, pharmacies and petrol stations.

Croats have been allowed to leave their homes to buy essentials or seek medical treatment, go for a walk or do an exercise, but not in a group and avoiding social contact. Many people have been working from home.

Croatia has recorded 1,832 cases of COVID-19, with 39 deaths. On Saturday, the number of new infections rose by 18 which is the lowest daily increase registered since March 17.

As more than 2 million have contracted the coronavirus pandemic globally, about 6,000 people in Singapore now have the disease.

The country's health ministry on Saturday confirmed 942 new coronavirus infections--the biggest daily record in the country, taking the total number of COVID-19 cases in the city-state to 5,992.

The vast majority of the new cases are of "work permit" holders living in foreign worker dormitories, the health ministry said in a statement on Saturday.

The number of confirmed novel coronavirus cases in Japan rose to 10,000, NHK public broadcaster said on Saturday, days after a state of emergency was extended to the entire nation in an attempt to slow the spread of the virus.

Over 200 people have died from the virus in Japan, but its capital city-- Tokyo-- remains the hardest-hit area, reporting 201 new infections on Friday alone and 181 new cases on Saturday, NHK reported.

As Japan scrambled to expand testing with drive-through facilities and general practitioners helping to collect samples, Prime Minister Shinzo Abe, on Friday, appealed to the nation to stay indoors as new cases hit a record in Tokyo.

Japan conducted about 52,000 polymerase chain reaction (PCR) tests in March, or just 16 per cent of the number carried out in South Korea, according to data from Oxford University.

South Korea has reported 18 new cases of the coronavirus, its lowest daily jump since February 20, continuing a downward trend as officials discuss more sustainable forms of social distancing that allows for some communal and economic activity.

At least 993 of overall infections have been linked to arrivals from overseas.