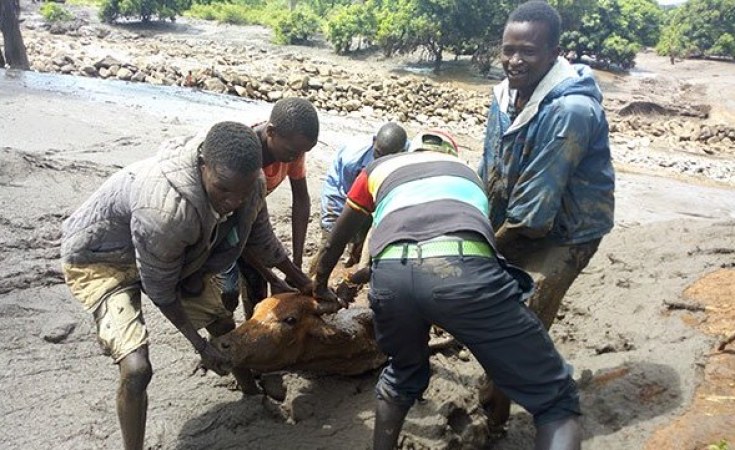 Nairobi — Four people were confirmed dead and 27 others were missing Sunday, following a landslide at the border of Elgeyo Marakwet and West Pokot counties, authorities said.

The landslide occurred on Saturday, following heavy rainfall that occasioned flash floods that washed away homes and business structures.

"Majority of the people saw the water coming and managed to escape. The affected area had not rained," he told Capital FM News.

The water came from the mountainous areas of Elgeyo Marakwet and swept away an entire shopping center, including a police post.

Kenya Red Cross said it was coordinating a search and rescue mission.

On Sunday, Government Spokesman Cyrus Oguna said a team had been dispatched to the ground, coordinated by the Regional County Commissioner, with assurance on assistance to the affected families.

Dozens of families were left homeless after their houses were buried or swept away by floods in the remote villages in one of the worst humanitarian crises in the country.