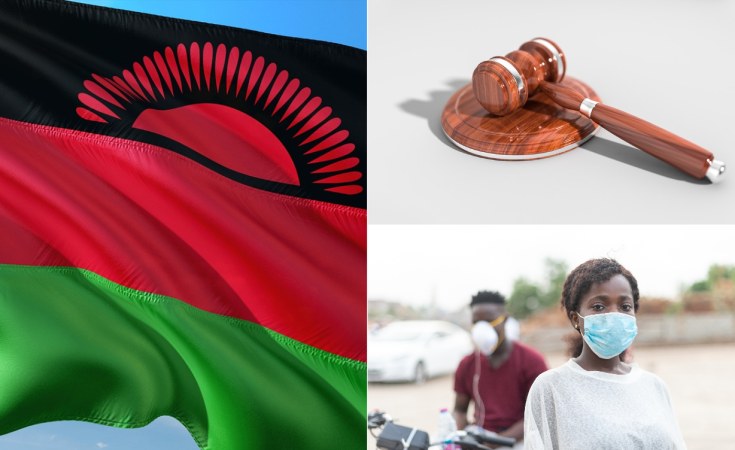 Judge Kenyattta Nyirenda a seven-day injunction stopping the government from implementing a 21-day national lockdown due to coronavirus. The injunction is temporary and an inter-partes hearing is expected within seven days.

All non-essential businesses and services were to cease operating during the lockdown, which was due to end on May 9.

The restrictions aim to slow the spread of the coronavirus pandemic, which has infected 16 people in Malawi and killed two.

But minister Botomani said government was at discomfort with Nyirenda's action to grant Human Rights Defenders Coalition (HRDC) an injunction.

"We did not expect that in the prevailing circumstances we would have a judge that would grant such kind of injunction," said Botomani, who is also government spokesperson.

Recently, the government spokesperson also blasted judge Nyirenda for issuing a court order that led to the release of four Chinese nationals who had been quarantined on arrival at Kamuzu International Airport (KIA).

In an interview on BBC Focus on Africa, Botomani said the lockdown measure is "basically to protect the lives of people."

Nyirenda's ruling ran parallel to that of Health Minister Jappie Mhango, who announced at a briefing that the number of coronavirus cases had risen to 17 from 16. The latest case is of a 70-year old Blantyre businessman of Asian origin.

"Much as I would really love to see this lockdown materialize, but as we do that,  the children are going to die," she said. "What are we going to do? We have few cases yes, but the government hasn't put any packages to make sure that they don't die. I am not surprised and if they were in the street protesting, I would definitely join them to protest," Ngoma told Voice of America (VOA).

In an interview with Nyasa Times, social and governance commentator Makhumbo Munthali said the court injunction and street protects could have been avoided if authorities had consulted with the public.

"On the wave of demonstrations across the country my advice to government is that they need to put the lockdown on hold pending wider inclusive consultations. An Emergency Parliament should be convened to discuss the Covid-19 response. During the suspension of the lockdown government should intensify other preventive measures," said Munthali.

He said lockdown in itself may not be an issue but the failure to put other prerequisite social protection measures and consensus building and awareness before such a decision is arrived.

"The current Malawi context where you have a leadership with less legitimacy following the Constitutional Court ruling it's always a must for such a leadership to ensure it is inclusive in critical decision making relating to Covid-19," he pointed out.

But Botomani told BBC's Audrey Brown that authorities have been engaging with the vendors and other groups to help them understand the importance of the move in preventing the spread of the coronavirus.

"These engagements are ongoing process. We have been engaging various groups to impress upon them the need to comply with the stand of government. Because all we are doing Audrey, and I want to repeat, is to protect the lives of people from the coronavirus," said Botomani.

But to him by BBC journalist that the protests seen in Malawi indicate that people don't Trust the government, the minister said: "To say that the people don't trust government is an understatement.

"We have been meeting church leaders and some of them actually have understood the position of government and suspended their religious gatherings."

Pressed further by BBC that people across the country have been protesting against lockdown and the protests have also reached in areas that support the President Peter Mutharika and his Democratic Progressive Party (DPP), 'so clearly they don't' trust the government', Botomani was in denial.

He blamed what he called "the influence of politics."

Put to him that the injunction was obtained by a coalition of civil society organisations, he said: "HRDC - these are the same people that have been leading various demonstrations across the country."

BBC journalist pressed further that: "It's been fairly clear that people in general oppose this lockdown."

But Botomani said "HRDC has been working with opposition all along, it's all politics."

Commenting to Nyasa Times, governance commentator Munthali said it is very likely that government's directive on lockdown will be disregarded if the protests done so far are anything to go by, and that the worst thing government can do is to use force to secure compliance.

"That would even be suicidal not only on human rights front but also to its already dwindling legitimacy," he said.

He encouraged government to consult all key groups mostly affected and shed more light on different ways of preventing Covid-19 including the lockdown to the public .

"Otherwise, a Covid-19 response that only looks at public health perspective while ignoring the political economy realities of the country is recipe for disaster," he said.

President Peter Mutharika warned on Tuesday that if authorities were not careful, up to 50,000 lives could be lost due to the virus pandemic.