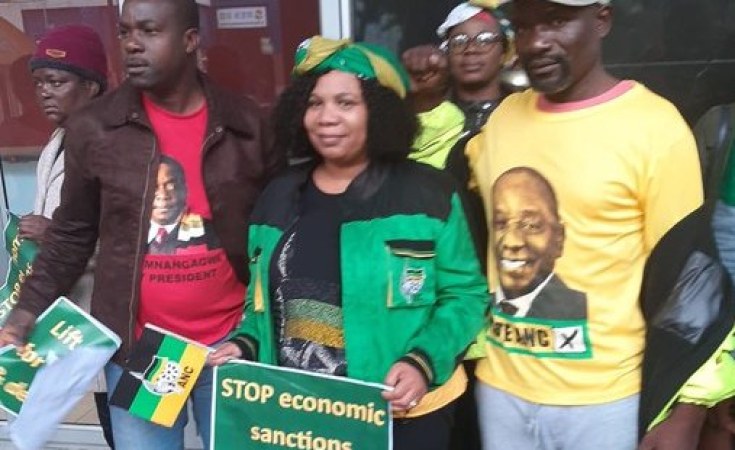 I address you today on the occassion of our Nation's 40th Independence Anniversary.As we bask in the freedom that our forefathers fought for, we celebrate every milestone , every victory and every success that we have scored along the way.

We celebrate and cherish the resilience of the people Zimbabwe, the unity of her people and their determination to see a better Zimbabwe for everyone, even in the face of adversity.

With pride we look at the road we have travelled and indeed deliberate and ponder with boldness on the road ahead.  It is undeniable that there is indeed work to be done,mountains to climb and obstacles to be surmounted. But we admire and are therefore proud of the people of Zimbabwe for standing the test of time, for carrying on the ethos instilled in us through the both Chimurenga Struggles and for upholding spirit of Ubuntu.

The liberation struggle was waged for land, majority rule and for racial equity. But today Zimbabwe is shackled in chains of illegal and unjustified Sanctions.  She tries to radiate her beauty through the vast minerals she hosts beneath her belly but at every turn, sanctions are suffocating her.

Sanctions were imposed on Zimbabwe at the height of land redistribution presumably to stop the transfer of Agricultural land to the landless black majority. They sought to cut off trade and investment and suffocate the Zimbabwean economy. This has increased the suffering of our people at home while others have been scattered in the diaspora.

Sanctions were imposed with the hopes that if Zimbabwe is cut off from global investment and trade platforms; land redistribution would be reversed and ultimately nullifying the gains of our Independence.

Zimbabwe is for Zimbabweans and our right to self-determination is sacrosanct. We will never trade our Sovereignty for anything. This generation will fight against the evil sanctions to the end. We will keep reminding the world that Zimbabwe is not for sale. Zimbabwe can flourish on its own if sanctions are removed.

As we celebrate 40 years of Independence it is important that we remind the world that indeed half of our lifetime has been robbed from us by the illegal Sanctions and we call upon their unconditional removal.

These Sanctions are an act of aggression and war against a peaceful country. Sanctions are indeed a Crime against Humanity and must be removed immediately.

We demand the UNCONDITIONAL removal of illegal sanctions NOW !

Tagged:
Copyright © 2020 Zimbabwe African National Union Patriotic Front. All rights reserved. Distributed by AllAfrica Global Media (allAfrica.com). To contact the copyright holder directly for corrections — or for permission to republish or make other authorized use of this material, click here.