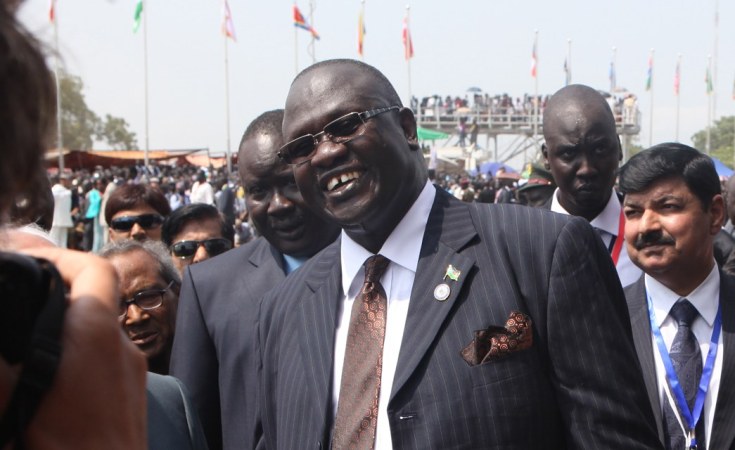 Dak Duop Bichiok, a former SPLM-IO (Sudan People’s Liberation Movement-in-Opposition) political bureau member, announced his resignation and that of hundreds of his followers in the diaspora at a Juba news conference late last week.

“We are declaring that we are not any longer part of Dr. Riek Machar, and we are not alone. We have a group in Nairobi, Egypt, Khartoum and also in Addis Ababa and in the diaspora elsewhere in the world,” he said.

“The party has been turned into a family dynasty where the chairman and his family run it like his personal property. The functions of important organs like the political bureau and national liberation council have been rendered irrelevant. The chairman single-handedly manages the affairs of the party with impunity,” Thiang told VOA’s South Sudan in Focus.

However, Thiang and Bichiok declined to offer specific instances of Machar acting inappropriately.

SPLM-IO spokesman Manawa Peter did not respond to repeated phone calls or text messages for comment on this story.

Machar’s Deputy Chief of Staff James Koang and other SPLM-IO officials announced their defections last month over allegations the party has lost its direction and vision. They, too, joined Kiir’s ruling party.

“It is the same situation, because if you read what they said, it is that this guy took the party even to a prison.  So, he was managing it from the prison in South Africa as if he is the only person who can lead,” Nyaba told South Sudan in Focus.

Before South Sudan’s transitional unity government was formed in February, Machar was in South Africa, where SPLM-IO representatives said he was being held under house arrest.

“The issue of lack of democracy, transparency and accountability is still there. The leader has refused to apply democracy, to listen to the people, and that is why people are leaving. And you will have more who will also get angry and will leave,” Nyaba told VOA.

More Than 200 Killed in South Sudan Inter-Communal Violence
Tagged:
Copyright © 2020 Voice of America. All rights reserved. Distributed by AllAfrica Global Media (allAfrica.com). To contact the copyright holder directly for corrections — or for permission to republish or make other authorized use of this material, click here.