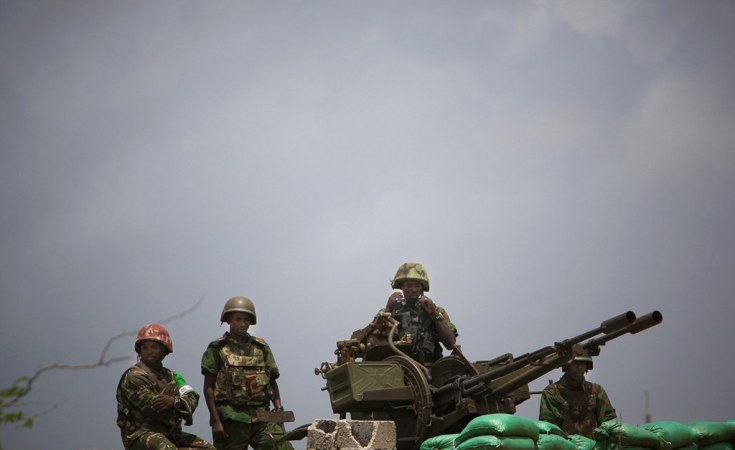 According to a statement issued by SNA on Monday, Somalia's DANAB forces have engaged al-Shabaab fighters in Abdi-Dhore and Berhani villages which lies 50km west of Kismayo town in Lower Jubba region.

The forces managed to dislodge the group's fighters from the villages.

The locals in the villages have welcomed Danab soldiers. The villages are now secure and are in the hands of the forces," the statement reads in part.

The military said in its statement that the forces killed a number of al-Shabaab fighters during the clashes.

The liberation of the two villages came hours after the Somali national army recaptured Bandhub and Bilane villages near Dinsor district of Bay region.

The Somali government has intensified aerial and land operations against al-Shabaab in southern Somalia.

Next Story
Tagged:
Copyright © 2020 Shabelle Media Network. All rights reserved. Distributed by AllAfrica Global Media (allAfrica.com). To contact the copyright holder directly for corrections — or for permission to republish or make other authorized use of this material, click here.