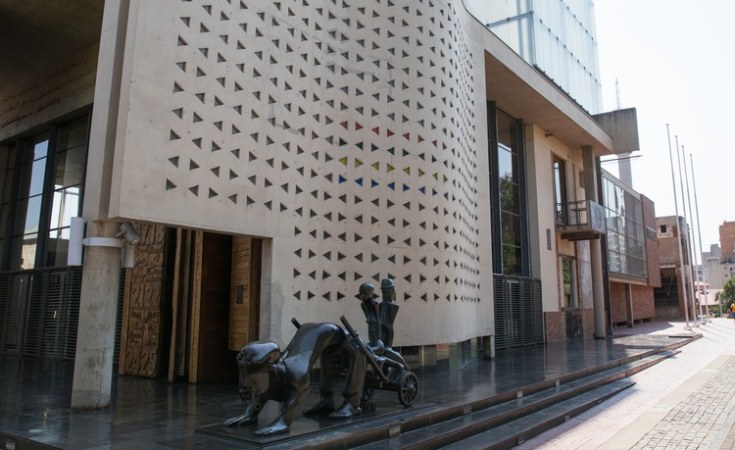 The family of 40-year-old Collins Khosa, who was allegedly beaten to death by members of the South African National Defence Force (SANDF) earlier this month, have approached the Constitutional Court on an urgent basis in a bid to get the government to intervene.

Their application does not only focus on getting justice for Khosa, but also aims to reign in law enforcement's heavy-handedness during the lockdown.

"This case is about civilians being murdered, tortured and subjected to other cruel, inhumane and degrading treatment during the nationwide lockdown," court papers read.

According to court papers, Khosa's wife (who is unnamed) explained that, on the day her husband died, he was approached by SANDF members while at home having supper with his family in Alexandra, Johannesburg.

The members asked about a vacant chair and a half-glass of alcohol next to it. Khosa replied that he was allowed to drink at his home, but the officials allegedly did not take kindly to the comment.

They allegedly ordered Khosa and his brother-in-law to stand on the street with their alcohol while they vandalised his car. When Khosa objected, they called for back-up and groups of armed police and SANDF members arrived.

Once they were "briefed" about the situation, they allegedly assaulted Khosa, poured beer on his head, holding his hands behind his back while they choked and beat him, slammed him against the wall, and used the butt of a machine gun to hit him.

Khosa's family were also allegedly assaulted - a sjambok was used to allegedly whip his wife.

Once they had left, Khosa's wife said she laid him on their bed and held his hand - but, not long after, she noticed he had stopped moving.

When the ambulance arrived, he was already dead.

The family have now called for the disarmament of the law enforcement officials present during Khosa's assault. They have called for law enforcement to adhere to the prohibition of torture and inhumane treatment, and that they be warned of attempts to cover up or failure to report such inhumane acts.

Attorney for the Khosa family, Wikus Steyl, explained that there were fundamental gaps in codes of conduct and accountability mechanisms.

"We went through all the regulations promulgated since before the lockdown, and we looked at the Constitution and the laws governing the SANDF and the police.

He added: "We are forcing the government's hand to put in place those rules, so that, if those rules are promulgated today, then from tomorrow our security forces will know how to conduct themselves and what they are allowed to do to enforce a lockdown."

In court papers, the government is called on to create a code of conduct and operational procedures, which regulates the SANDF and the police.

It asks the government to widely publish these regulations and include guidelines about when law enforcement may use force in compliance with the Criminal Procedure Act.

It also calls on the government to explain exactly how certain regulations will be enforced during the lockdown, including alcohol consumption, physical distancing and when a person may be arrested.

As more complaints against law enforcement's alleged aggressive implementation of the lockdown continue to pour in, Steyl said the matter was one of "national importance".

"We want to hold the government accountable as the deployment of the SANDF and the police has been done without a code of conduct. There are no clear rules - their commanders tell them it's 'skop, skiet en donner - do whatever you want'," Steyl said.

Lockdown - 3 Deaths Allegedly At the Hands of Police