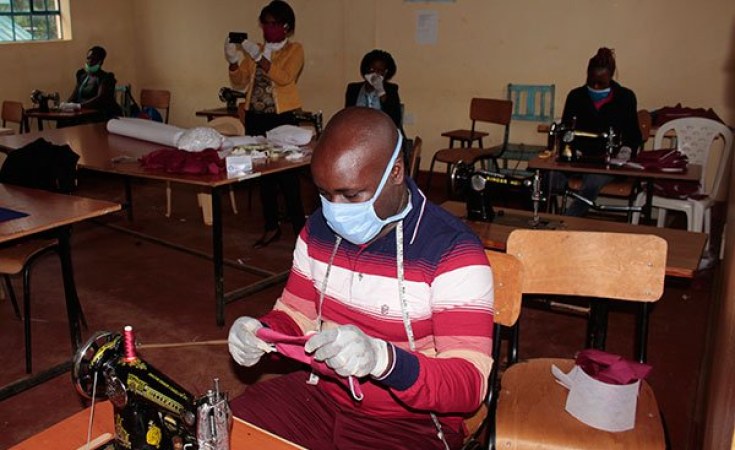 President Uhuru Kenyatta has said that Kenyans' lack of seriousness regarding Covid-19 has turned out to be his government's biggest challenge in the fight against the pandemic.

In a radio interview on Wednesday morning, Mr Kenyatta said many Kenyans are "deliberately taking lightly the threat of Covid-19", adding that those who recently escaped quarantine at KMTC will be arrested and forced to complete the mandatory isolation period.

"What we have said is that those breaking the regulations we have given, no need to take them to the police station. Let them be taken to mandatory quarantine. If they break those rules again, take them back. We cannot have a few people erode the efforts we have made," Mr Kenyatta said.

"For those that escaped, we will get them and they must finish their quarantine period. We know you and we will find you. You can't be a burden on law abiding Kenyans if you were found violating curfew measures to tame Covid-19," he said.

"Those that think this disease does not exist: for the safety of your family, and your loved ones, do that is necessary to protect them. Stay away. Do not put people at risk because you do not think it is serious," he said.

He also said that getting the reagents required and the testing kits needed in the fight against the highly contagious virus was also another challenge.

By this weekend, he said, Kenya expects to be testing as many as 2,000 people a day.

"We will do targeted testing based on estates where we have reported many cases. We will also do one for our health workers. We have just done one at the Kenya Ports Authority. What we need to do now is scale up," he said.

"We are expanding our testing capacities. We started testing 10, 20 people. Now, we have gone to as many as 1,000 people in 24 hours. And we are going to keep increasing these numbers."

A total of 74 people have recovered from the disease.

In the interview, Mr Kenyatta reiterated that the position of government is that it does not want to go the total lockdown route.

He said the State instead wants Kenyans to respect laid out regulations meant to stop the diesease from spreading, even as a part of the economy remains running.

"We did not want to lock down the whole country, and we allowed those that can go to work to do so, but follow the guidelines laid out. We are still working to ensure that other services like farming and food production go on," he said.

This is after some Muslim clerics had called for the curfew to start at 9 pm rather than 7 pm.

"We told Christians during Easter that you cannot mark this day...We respect all religions but we have said that let us all celebrate and mark these religious days in our homes, on radio and on television. I ask our Muslim brothers and sisters to mark the holy month of Ramadhan like they have not done before because these are extraordinary times," he said.

He also said the government is yet to make a decision on whether or not to extend the 30-day curfew.

"I cannot tell you now whether we will extend or lift the curfew guidelines. It will all depend on the disease. Our biggest task is to save lives. And when that time comes, and it is about to, then we will take their advice before we make our decisions," he said.

Uhuru ordered Kenya Power and State water utility companies not to disconnect their services during the period of the pandemic.

He also celebrated landlords who he said had taken the weight off their tenants during this pandemic.

"Let us take this opportunity to show that we care. As a government, we cannot force them to do anything because this is a personal property," he said.

On evacuating Kenyans from China and other countries, he said that Kenya was facing a serious problem following the cessation of flights.

"We are trying all ways to make sure we evacuate all our citizens. That is why we are saying those that have the little air fare they have, then we will get them home. And as it stands, airspaces are not open. We will keep trying our level best," he said.

The president said that candidates sitting their exams this year should not worry as all measures were being put in place to ensure that they sit their exams.

"As it stands, our position is that the candidates will sit their exams. We are just looking at the adjustments we need to make on when it will happen, and what we need to do for them to catch up on the time they have lost," he said.