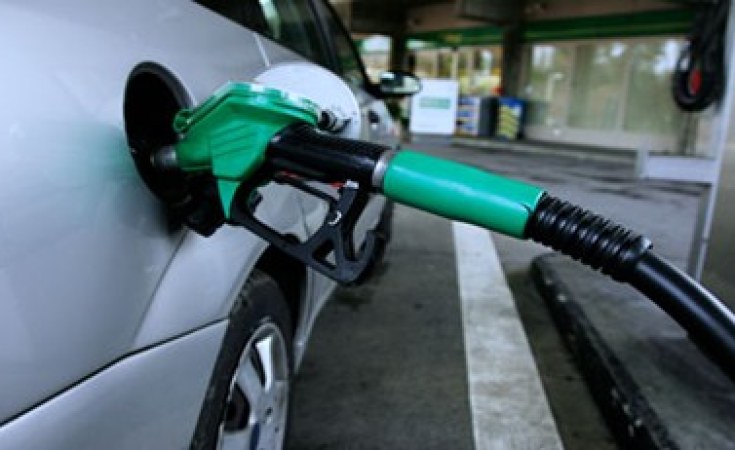 This Day
(file photo).
This Day (Lagos)
By Ejiofor Alike and Obinna Chima

The slump in crude oil prices in the global market has fuelled the need for Nigeria to stop crude oil exports and feed local refineries to boost the exports of refined products and supplies of fuel to industries, THISDAY has learnt.

Crude oil prices plunged again yesterday as oil market panic extended into a second day with no end in sight to a swelling global crude glut as the COVID-19 pandemic has obliterated demand for fuel.

Facing a dearth of storage space and a dramatic 30 per cent plunge in worldwide fuel demand, producers have kept selling oil aggressively.

The price of United States' West Texas Intermediate (WTI) on Monday crashed to negative, implying that US oil producers were paying the buyers to take the products off their hands over fears that the storage capacity for the crude could run out in May.

The price drop was its worst since the New York Mercantile Exchange (NYMEX) opened oil futures trading in 1983.

With supply looking like it will far exceed demand for weeks, Reuters reported last night that Brent futures for June delivery yesterday fell $6.24, or 24 per cent, to settle at $19.33 a barrel, while WTI crude for June, the front-month contract as of Wednesday, fell $8.86, or 43 per cent, to $11.57.

Following the plummeting oil price, Nigeria had revised her 2020 budget benchmark from the initial $57 per barrel to $30 per barrel but still, the prevailing market price of crude presents no hope for financing the budget.

The most viable option, it was gathered, is for the country to freeze oil exports and feed upcoming local refineries to facilitate exports of refined products, earn foreign exchange and save local industries the huge cost incurred on diesel for power supply.

Apart from exporting the refined products, other derivatives from the refineries can be used as raw materials for industries, such as plastic industries.

THISDAY learnt that the multiplier effects will make local industries globally competitive and spur the Nigerian economy to greater heights.

The Minister of Finance, Budget and National Planning, Mrs. Zainab Ahmed, had hinted that the 650,000 barrels per day Dangote Refinery was expected to save Nigeria about $10 billion in foreign exchange when completed.

She said: "This is a very important project one of the largest refineries in the world today. Mr. President is very proud of this project and we speak about it everywhere we go in terms of the number of jobs which it is creating and the good that it will be bringing to our economy.

"And for us in government, that is a saving of at least $10 billion that will be sitting in our reserves instead of flying out to pay for petroleum products."

Africa's richest man and President of Dangote Group, Alhaji Aliko Dangote, had also projected that when operational, the Dangote Refinery and Petrochemical plant would save the country over $2.5 billion yearly through urea and polythene products export to other countries.

Apart from the foreign exchange accrual benefit, he also said the plant would have the capacity to employ more than 70,000 Nigerians, doubling its current workforce, when it becomes operational.

Governor of the Central Bank of Nigeria (CBN), Mr. Godwin Emefiele, had also confirmed that the fertilizer plant would generate a minimum of $750 million through export annually.

Emefiele said the fertiliser plant would stop Nigeria from the importation of fertilizers as about 25 per cent of its products would be used for domestic consumption to boost agriculture in the country.

"This project is so strategically positioned that it will even make the final price of petroleum within Nigeria and even outside Nigeria to be lower than those imported outside the African continent," he reportedly added.

With an average daily consumption of 45 million litres of petrol daily, Nigeria also has a huge market for refined petroleum products, if upcoming refineries are given adequate feedstock instead of exporting the crude.

Apart from the 650,000 bpd Dangote Refinery, modular refineries of various capacities, and the 445,000 bpd NNPC refineries, the Group Managing Director of NNPC, Malam Mele Kyari, had also stated that it had initiated five condensate refineries with an estimated combined production capacity of 200,000 barrels per day.

According to him, such kind of refineries could become operational within two years.

He explained that the condensate refineries would complement the upcoming Dangote Refinery as well as other refineries in the country under rehabilitation, with the hope of guaranteeing energy security for the country.

He said: "We are doing something about what we call a condensate refinery. What that means is that the condensate resources that we have, which are very easy to convert to fuel, not like a typical refinery but it does work very quickly, and then we can also convert up to 90 per cent of the feedstock into, for instance, the light petroleum products.

"But it is something that you can get into work in two years. So, we have four other initiatives of that nature with a combined capacity of probably getting 200,000 barrels condensate. The combination of that with the Dangote's 650, 000 barrels per day and our refineries that we are fixing can guarantee energy security for us.

"So, once you have such opportunities, you will see Nigeria becoming a net exporter of gasoline (petrol) to the West African countries, the whole of Africa within our view and probably reverse the flow of products because it comes from Europe not because Europe is the source of petroleum but because the processing facilities are there," he reportedly told Arise News Channel.

Meanwhile, the Director-General, West African Institute of Financial and Economic Management (WAIFEM), Dr. Baba Musa, has said the biggest opportunity for both policymakers in the country and operators of business is to look inwards.

According to Musa, over the years, the mantra has been to diversify the economy, but despite that, there has been heavy reliance on oil as a major source of revenue.

"But if you look at most of the developed economies, most of them are driven by the taxes they collect. So, in our tax system, there is still a lot of room for improvement. Nigeria's tax to Gross Domestic Product (GDP) is far below Africa and even West African average.

"So, what is required is that now all those loopholes in terms of revenue collection, we need to block them."

The WAIFEM boss argued that encouraging the Dangote Refinery as well as the modular refineries in the country to come on stream, in the medium term, would also help support domestic production and reduce the cost of businesses.

He said the pandemic has also brought to the fore the need to increase investment in the health sector.

"What the government requires immediately is how to pool revenue to finance its expenditure in 2020 and 2021. So, the immediate priority now is for us to look inwards. Already, the government has an agriculture agenda and there is also the Anchor Borrowers' Programme; we need to ramp them up in such a way that the country becomes a net exporter. Then, after that, in the medium term, the Dangote Refineries, the modular refineries would also be encouraged to come on stream, because this is the right time for them to be operational.

But what is important is that we need to look inwards," he added.

The Founder, Foundation for Economic Research, Prof. Akpan Ekpo, advised that going forward, the federal government should always prepare what he termed a non-oil budget

"What I have been saying for years is that anytime we have high crude oil price, we should always see it as a windfall, save a lot of the revenue and target it for spending on infrastructure. I worked with Anthony Ani when he was Minister of Finance and we planned to do a non-oil budget.

"If you look at the Nigerian economy, oil contributes only 10 per cent to Gross Domestic Product (GDP), while the non-oil sector contributes 90 per cent. So, we can actually do a non-oil budget. If we had been doing it for years, we would have gotten used to it, so that if the oil price does well, it becomes like a windfall. Let us demystify the oil sector because oil may finish one day," he said. 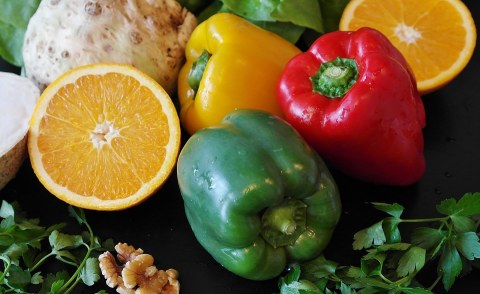 Mining May Be COVID-19 Shock Absorber Nigeria's Economy Needs
Tagged:
Copyright © 2020 This Day. All rights reserved. Distributed by AllAfrica Global Media (allAfrica.com). To contact the copyright holder directly for corrections — or for permission to republish or make other authorized use of this material, click here.