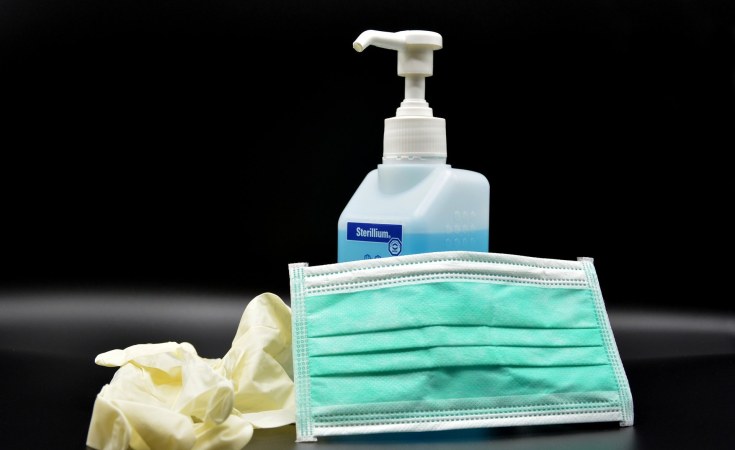 When the Faculty of Engineering & the Built Environment's Professor Amit Mishra challenged students to come up with ideas to keep COVID-19 at bay, he was glad to see how well developed some of the concepts were. One example is a portable distillation vessel to make hand sanitiser. With sales of alcohol prohibited, the device puts surpluses to good use.

The Corry Team's prototype, which mimics the design of a Grainfather (an all-in-one brewing system), shows how breweries and distilleries can become producers of affordable hand sanitisers at a time of supply shortages.

The use of hand sanitiser has been widely recommended to counter the spread of the outbreak, now a pandemic and global public health emergency, according to the World Health Organization (WHO).

Team leader Thabiso Letlala, a chemical engineering student, said South Africa has the fifth highest alcohol consumption rate in the world. The current alcohol ban has resulted in large wine and spirits companies having the capacity to repurpose their facilities for non-potable ethanol production.

"We could use this [alcohol] to supplement the production of affordable hand sanitisers," Letlala said.

Other members of the Corry Team are Lebohang Mhlambi, (BSc, mechanical engineering) and Nosipho Msimango (BSc, chemistry and human anatomy and physiology).

"Providing affordable or free hand sanitisers to the communities with no running water is key to preventing the spread of the virus."

Letlala said the idea is to get supplies into the country's most vulnerable communities, many with no running water for hand washing. Communities that are densely populated are at greater risk as they struggle to practise social distancing.

"More than 55% of South Africa's population lives below the national poverty line," he said. "Flattening the curve could prove to be near impossible in many communities that are under-resourced and densely populated. Solutions are needed that will delay, if not prevent, the virus from reaching these communities."

He said breweries could easily modify their production lines to manufacture sanitisers.

Letlala and his team's device, called Corry, is a portable distillation vessel that produces sanitiser with the input of liquor, hydrogen peroxide and glycerol. The ingredients of the sanitiser, and their quantities, are based on recommendations from the WHO. Hydrogen peroxide and glycerol are affordable and can be bought at any pharmacy or cosmetics store, said Letlala.

The following key components are required to make the prototype (see diagram below): a stainless steel body in the form of a Grainfather, an absorber section that uses alcohol-absorbing gel, a vacuum pump made using an aspirator, and the sanitiser ingredients hydrogen peroxide and glycerol, (as per WHO guidelines).

"We believe that a solution like this can not only help us to fight the spread of the virus, but will also allow many South Africans to take part in nation-building by using our device to help those around them."

"We'll be entering the Ford Innovation Challenge to obtain seed funding for the project. The project will serve as the society's annual social entrepreneurship project," Letlala said.

The Corry Team is looking for support or assistance with this project, either expertise or resources.

Next Story
Tagged:
Copyright © 2020 University of Cape Town. All rights reserved. Distributed by AllAfrica Global Media (allAfrica.com). To contact the copyright holder directly for corrections — or for permission to republish or make other authorized use of this material, click here.