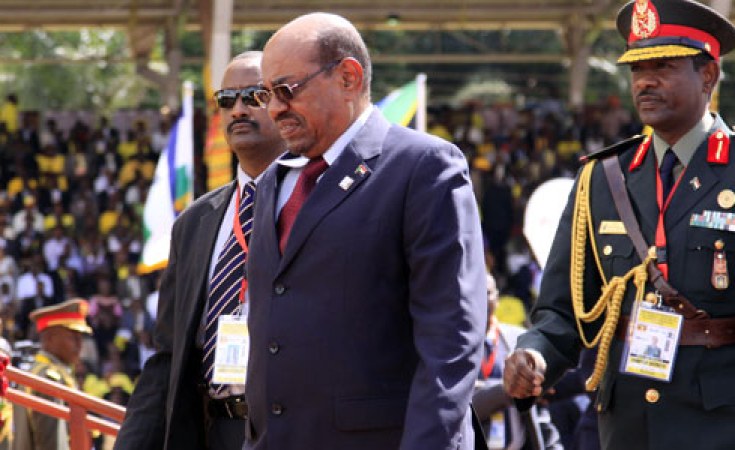 Khartoum — Sudan's Anti-Corruption Committee has confiscated 79 real estate properties that were illegally acquired by leading members of the country's Islamic movement during the regime of ousted President Omar Al Bashir.

On Thursday, the Empowerment* Elimination, Anti-Corruption, and Funds Recovery Committee announced that the confiscated properties in total amount to 36,411,114 square metres. The value of the seized funds is estimated at $1.20 billion.

Islamic movement leader Abdelbasit Hamza comes at the top of the list. Six plots of nearly 15 million square metres belonging to his Dongola Ergin Road Company in Northern State were seized, in addition to more than one million acres of agricultural lands.

Hamza also owned the Friendship Palace Hotel and the surrounding area in Khartoum, as well as land in other parts of the capital. He had the majority of shares of the Salam Rotana Hotel and the Afra Mall, and a large number of shares at MTN Sudan telecommunication company.

Anti-corruption committee member Salah Manaa said in a press conference on Thursday that the properties taken from the Islamist leader are estimated at more than $2 billion.

The anti-fraud operations included the seizure of 24 plots of land, including 22 plots of land estimated at more than 171,000 square metres in El Jereif in Khartoum owned by El Haj Ata El Mannan, Secretary-General of the Islamic Daawa organisation.

The committee impounded 31 per cent of the Salam Rotana Hotel shares acquired by the Zawaya El Mustagbal Company, which belongs to Abdelbasit Hamza, in addition to the seizure of 2,143 shares of the Marketing Complexes Ltd. Also seized were 2,440 shares acquired by the Zawaya group in favour of the Ministry of Finance, and 383,000 shares by Hamza for the Sudanese state.

The Friendship Palace Hotel and its surrounding buildings and roads were taken from Hamza as well.

Mohamed El Faki, Member of the Sovereign Council and Deputy Chairman of the Anti-Corruption Committee, said at the press conference that the recovered funds will enhance the economic situation in the country.

The committee decided to end the work contracts of a large number of government employees who acquired their positions in ministries only because of the "empowerment policies" of the former regime of Omar Al Bashir. The implementation is postponed until after the fasting month of Ramadan that will start tomorrow.

"The dismantling of the defunct regime is one of the demands of the revolution," El Faki said. "We will recover the money belonging to the Sudanese people which the defeated regime seized through its organisations."

He said they would redouble their efforts to recover the funds stolen from the Sudanese people, in a spirit of partnership between the military and civilian members of the government, "for the sake of the country and the recovery of its economy".

The Empowerment Elimination, Anti-Corruption, and Funds Recovery Committee was established by the new government in the end of last year, with the aim to purge Sudan from the remnants of the Al Bashir regime.

In January, two satellite channels and two newspapers were suspended. The accounts of the International University of Africa were investigated, and the Holy Koran Association was dissolved. A month later, the committee dissolved the administrative boards of the Central Bank on Sudan and 11 other banks.

The committee announced in early April that more than hundred government employees affiliated with the deposed regime of Al Bashir would be removed. Private hospitals set up by members of the former regime would be confiscated.

Last week, 390 properties were seized in some of the most prestigious neighbourhoods of Khartoum. The assets were registered under the names of officials, families, and affiliates of the deposed Al Bashir regime.

Activists have criticised the composition of the subcommittees in the 18 states of Sudan, as members of these committees themselves are often affiliates of the Al Bashir regime.

* Empowerment (tamkin) is the term with which the government of President Omar Al Bashir, ousted in April last year, supported its affiliates in state affairs by granting them far-going privileges, including government functions and the setting-up of various companies.

Former Sudan Leader to Face New Graft Charges
Tagged:
Copyright © 2020 Radio Dabanga. All rights reserved. Distributed by AllAfrica Global Media (allAfrica.com). To contact the copyright holder directly for corrections — or for permission to republish or make other authorized use of this material, click here.