Zimbabwe: Opposition Continues to Be Plagued By Division, Confusion 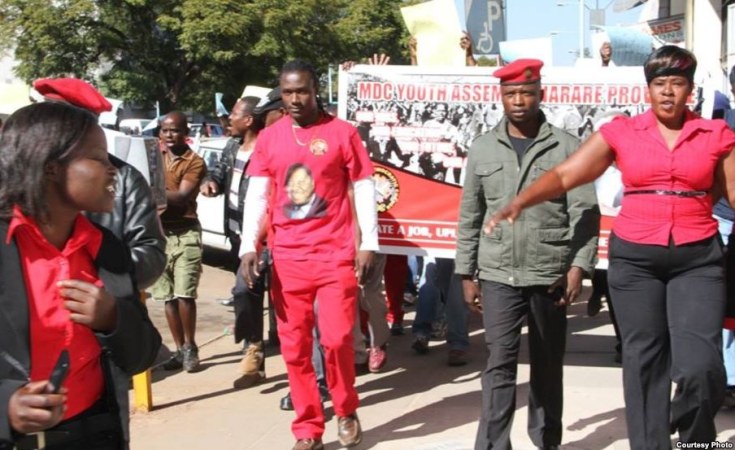 The recent Supreme Court ruling that Nelson Chamisa's leadership of the MDC Alliance is illegitimate because his appointment infringed the founding constitution of the Movement for Democratic Change (MDC-T) has thrown the opposition groups into a legal dilemma which, however, will be ignored to further the aims of the Alliance.

Following the court ruling, which empowered Thokozani Khupe to call an elective congress in not later than four months, Khupe's announcement has been greeted with -- at best -- indifference and, at worst, a rebuff. When asked last week whether the Alliance would work with the MDC-T leader to facilitate the holding of the congress, Alliance spokesperson Nkululeko Sibanda said the Alliance leader was too busy working to prevent the threat of the coronavirus, otherwise known as Covid-19, to comment.

This was taken to mean that Chamisa was too busy working with those who are paying his rent, the church, to comment. In other words, the Alliance leader is not interested in the proposed congress. This is in line with a statement, which was issued soon after the court ruling that nothing had changed. The Alliance legal advisor Thabani Mpofu continues to accuse the court of misdirecting itself in this regard.

This has the potential of ridiculing the law by a political party that (supposedly) subscribes to the rule of law.

This poses a serious dilemma for a party, which is clearly in breach of its founding ethos, raising the question as to whether the Alliance believes in the rule of law. Chamisa is surrounded by a bunch of high-profile lawyers whose philosophy of the rule law when (it appears) has been shown to be nothing, but political opportunism, which is not anathema to them. Their belief in the principle of the rule of law is, therefore, called to question.

These are a group of people whose loyalty to Chamisa is questionable and (it appears) they are hanging on because (hopefully) one day Chamisa will dole out to them positions of power. Some of them are known to despise him, but are forced to tolerate him because of the probability that one day effective power will land on his laps to benefit them. They, if you like, don't give a damn about his leadership.

Even more worrying is the Alliance's pandering to a foreign power, which quickly announced its support for Chamisa following the court ruling. If one looks beyond our borders, dictatorships like Egypt are backed and funded by this superpower. Egypt is a military junta, which supports rebels in Libya against the Tripoli government that is recognised by the United Nations.

Egypt has picked a quarrel with Ethiopia over the construction of a hydroelectric dam on the Nile River, on Ethiopia's own territory. Recently the African Union assigned South Africa's Cyril Ramaphosa to mediate, but Egypt unilaterally referred the dispute to a foreign superpower. The move by Egypt ignored international protocols, which protect riparian rights of every nation that contributes a share of water to a common basin.

When Kariba was built, arrangements were made, which enabled Mozambique to continue receiving adequate volumes of water to be able generate power. The same arrangements should have been made for Egypt, but Egypt instead chose to involve a foreign power in a matter which is domestic to Africa.

It appears that the MDC Alliance has ambitions to expose this country to the whims of a foreign power to reduce the country to the status of a proxy state. If you are a proponent of democracy, you must make it your business and concern to be the first to practice democracy. Just now some allied world power are the least qualified to preach democracy. This is the dilemma with which those African states that look up to such foreign powers for their democratic ambitions are faced with the agonising reality of duplicity which is justified in the name of democracy.

For those of us who believe in true democracy, this duplicity is extremely agonising and disappointing. This is naught for our comfort. The MDC Alliance is engaged in a sinister game of duplicity, which must be condemned.

Power Struggle Further Weakens Zimbabwe's Opposition
Tagged:
Copyright © 2020 Zimbabwe Standard. All rights reserved. Distributed by AllAfrica Global Media (allAfrica.com). To contact the copyright holder directly for corrections — or for permission to republish or make other authorized use of this material, click here.