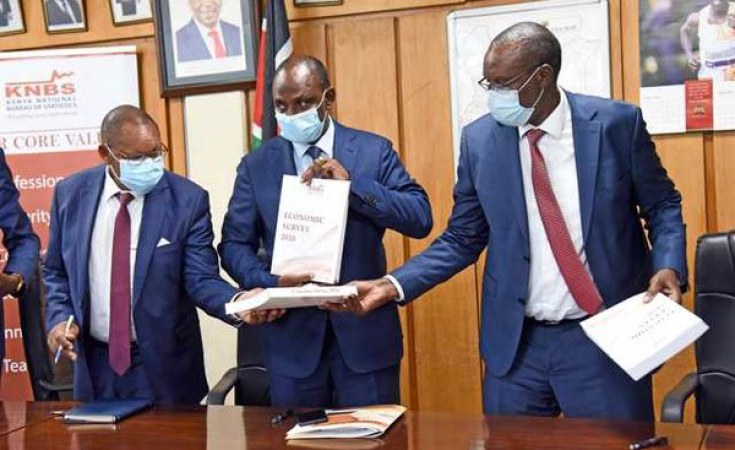 A looming strike by health professionals who are asking for improved working conditions could paralyse operations in hospitals and quarantine centres at a time when the country is battling the Covid-19 pandemic.

Nurses, clinical officers, pharmaceutical technicians and other cadres of the health workforce are asking the national and county governments to enhance their safety and welfare. Their umbrella organisation, the Kenya Health Professionals Society (KHPS), is set to issue a strike notice tomorrow as a measure of last resort to have the workers' grievances addressed.

The workers said they "want what everyone else wants," during the worst pandemic of the century -- safety.

When he recently announced measures to battle the pandemic, President Uhuru Kenyatta released Sh2.66 billion to the Ministry of Health, saying part of this money would go towards the welfare of health workers, including insurance, to deal with the negative impact of the disease.

Yesterday, representatives of the workers accused the government of taking their safety casually. Some 10 health workers have contracted the virus, with four still fighting for their lives.

While this is no normal environment for employees to bargain over their pay and working conditions, healthcare professionals say they have been pushed to the wall.

The KHPS chaired by Mohammed Duba claims that the government has sidelined health workers at a time when they are facing all the risk.

"Our spirits have been dampened and some are asking how they can work from home to avoid putting their lives at risk," said Mr Duba.

He added that members work 24 hours and some have been infected with the virus while in the line of duty.

"We are appealing to the President to acknowledge the welfare package of which we risk being excluded from based on what we are seeing now," he said.

Mr Duba added that, while they had requested for risk allowance of Sh30,000 last week, they realised that only doctors were awarded the allowances while they were left out.

Kenya Union of Clinical Officers secretary-general George Gibore said that the government, and particularly the Health ministry, has continued to pat itself on the back for the successful work that is being done in the fight against the virus while ignoring the plight of health workers.

"Before they bury us, we must come out and say what we have done and find out why they continue to claim success without recognising us," he said.

The issue of personal protective equipment has been a particularly painful one among healthcare workers with some nurses already taking unauthorised sick leaves to protest what they say is a lack of action by their employers.

There are also reported cases of health staff in counties avoiding and refusing to attend to patients with suspect coronavirus symptoms.

A nurse who works at a facility in Kongowea in Mombasa County who spoke on condition of anonymity said that they have not been issued with personal protective equipment despite admitting a patient who they suspected of being infected.

"We fear we might lose our jobs. They are not providing us with the simple necessities to combat the virus," said the nurse.

While the other health workers have announced intention to go on strike, the Kenya Medical Practitioners, Pharmacists and Dentists Union (KMPDU) is taking a different approach by asking its members to operate within Occupational Safety and Health Act 2007 which allows them to take a step back from their duties should they feel unsafe.

Acting secretary-general Chibanzi Mwachonda said they will not issue a strike notice yet, but the union has advised any doctor who does not feel safe to communicate the same to the employer and then avoid carrying out the task until the matter is addressed.

Dr Mwachonda said four doctors have contracted the virus and three have since recovered.

He added that they have implored the government to clarify on the number of protective gear that are available and how they have been distributed to the counties.

"In a time like this, we need honesty. They can say this is how many N95's we have. They have not made it clear and so we do not know if there is a shortage," he said.

However, all health workers in the country, including doctors, agree that they are not being offered sufficient medical cover despite being critical to health service delivery and the implementation of Universal Health Coverage.

In an effort to find out what the government was doing to avoid the escalation of the matter, the Nation reached out to Health Cabinet Secretary Mutahi Kagwe, who said in a text message: "We are addressing all these issues." 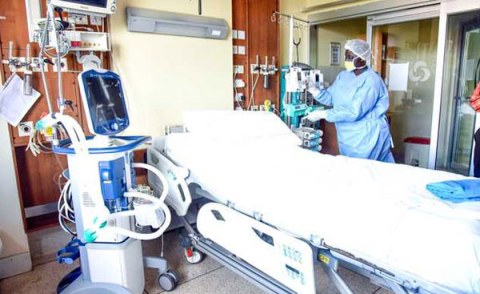 Kenyan County Partners With Local University to Make Ventilators
Tagged:
Copyright © 2020 The Nation. All rights reserved. Distributed by AllAfrica Global Media (allAfrica.com). To contact the copyright holder directly for corrections — or for permission to republish or make other authorized use of this material, click here.