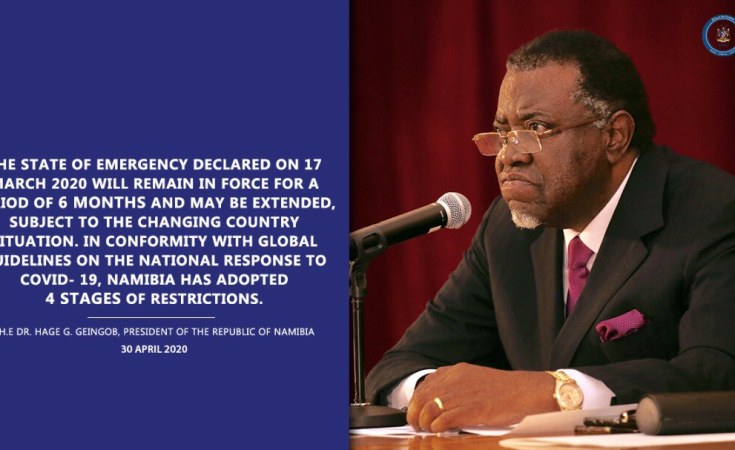 The government this week announced a N$650 million bail out package to assist companies in tourism, construction and aviation to sustain their salaries during the ongoing lockdown.

Shiimi said the government is using the subsidy to make sure that the country can save the potential loss of jobs going forward.

"We expect this amount to remedy job losses in the country. On the other hand we also have to put conditions that all companies that will benefit from this grant will not be allowed to retrench employees. The fund will also only assist those that earn below the tax threshold," he said.

Shiimi said the grant is one among many other incentives being introduced to safeguard the economy from being heavily incapacitated by the lockdown.

Social Security Commission Executive Officer Milka Mungunda said her organization is also participating in the grant to secure social security for the poor and vulnerable. 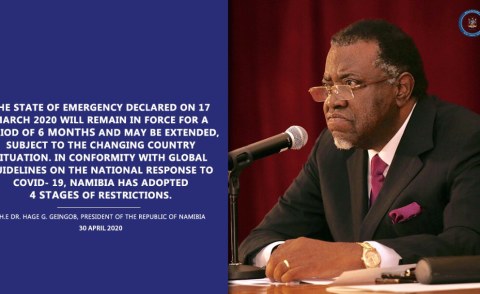 Namibia Eases COVID-19 Restrictions Amid Continuing Cautions
Tagged:
Copyright © 2020 Namibia Economist. All rights reserved. Distributed by AllAfrica Global Media (allAfrica.com). To contact the copyright holder directly for corrections — or for permission to republish or make other authorized use of this material, click here.

If He Hits You, He Loves You - Zimbabwe Tackles Myths & Violence
Middle East and Africa