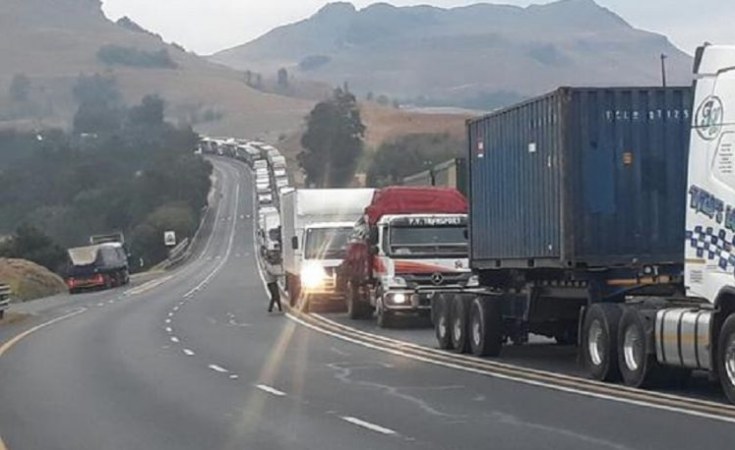 Arusha/Dar — Truck drivers are taking the centre stage in the regional fight against Covid-19 in East Africa as restrictions on their movements are met with protests.

Until yesterday, the number of confirmed Covid-19 cases in Tanzania had reached 306 after seven more people tested positive for the coronavirus in Zanzibar.

In Kenya, the number rose to 374 yesterday after 11 more people tested positive.

Trucking companies have appealed for urgent interventions by the governments as transport across some borders points turned chaotic, impacting the smooth flow of business.

For Tanzanian transporters, the crisis is more pronounced at the Mutukula and Rusumo border posts with Uganda and Rwanda, respectively.

Anxiety as petitions by losers of 1990 polls are determined

Scores of lorry drivers have been sent back home from Uganda upon testing positive for the coronavirus, while Rwanda has just imposed a restriction requiring loaded trucks to be off-loaded at Rusumo.

The situation is more chaotic at the Kenya/Uganda border. Hundreds of trucks carrying goods have been stopped to enter the latter country for fear of spreading the virus.

Landlocked Uganda has put the entire country under a lockdown due to the Covid-19 pandemic with nearly 1,000 reported cases across the East African Community (EAC) region.

Ugandan authorities want drivers of lorries from Kenya and Tanzania transporting goods there to hand over the vehicles to their Uganda counterparts to complete the journey.

"The move besides adding to the cost of doing business, will impact negatively on movement of goods," lamented Ms Mercy Ireri, the chief operating officer of Kenya Transporters' Association.

On Monday, 14 truck drivers - eight Tanzanians and six Kenyans - who had tested positive for the coronavirus were returned to their respective home countries.

Incidentally, Uganda has lower cases of confirmed Covid -19 cases (79) compared to its neighbours and has reported no death to date, according to government sources.

Until yesterday there was no official protest from either government or business community in Tanzania on restrictions against the country's drivers ferrying goods to Uganda.

But the Federation of East African Freight Forwarders Association (FEAFFA) has expressed its concern as to why Tanzanian transporters are denied easy entry to some EA states, notably Rwanda.

The body is preparing a proposal on how to address the crisis and would be submitted to the EAC Secretariat for action on how to minimize the cost implications.

The association raised the issue following last week's notification by the Rwanda Revenue Authority (RRA) that goods destined there from Tanzania would be off loaded at Rusumo border post.

The letter sent on April 24th was addressed to the clearing agents, shippers, transporters, importers, warehouses operators, exporters and the public.

The Rwanda taxman maintains that the measure was taken as part of collective efforts to fight the spread of Covid-19 and that the restriction was to be enforced from last Monday.

"This has prompted us to conduct an emergency meeting to call for harmonization of the decision," said Edward Urio, the association's president.

For its part, the Tanzania Truck Owners Association (Tatoa) through its chief executive Octavian Kivyiro appealed for the government's intervention on the matter.

"We are aware about the Rwanda concern. It wants us to have two drivers and all our cargo and conveyors offloaded at the customs point of entry.

"As transporters, it will be expensive. We will incur a lot of costs and loss of cargo during transportation," he told The Citizen.

Reached for comment, Works, Transport and Communication minister Isack Kamwele said he had instructed senior officials of the ministry to follow up, insisting that Tanzania was ready for dialogue with its neighbours on the issue.