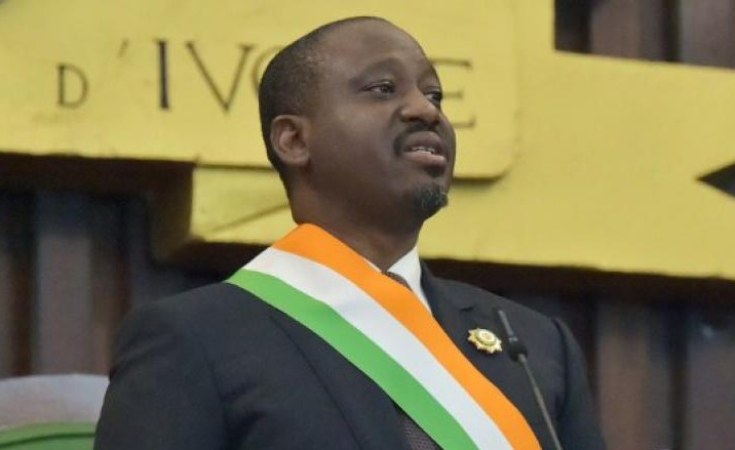 Guillaume Soro, a former Ivorian rebel chief and presidential candidate in Cote d'Ivoire's October 2020 elections, has been sentenced in absentia to 20 years in prison for embezzling public funds and money laundering by an Abidjan court.

Judges also slapped Soro with a seven million euro fine during a hearing on Tuesday boycotted by his lawyers.

Soro was accused of fraud relating to the purchase of a house 13 years ago when he served as Cote d'Ivoire's prime minister.

In 2007, Soro bought a luxurious property in the Marcory district of Abidjan. Prosecutors alleged that the house was purchased using public funds via a real estate company called SCI Ebur to the benefit of Soro.

The property, which was until last year occupied by the former president of the parliament, would never be recognised as belonging to the state.

Prosecutor Richard Adou was successful in convincing judges of the need for a considerable sentence: 20 years in prison, a heavy fine, confiscation of the property and a new arrest warrant.

Lawyers representing Soro boycotted the hearing, citing a judgement last week by the African Court on Human and Peoples' Rights ordering the suspension of the arrest warrant against Soro.

"We will urgently refer the matter to the African Court on Human and Peoples' Rights," said lawyer Affoussy Bamba, suggesting that Soro's legal team will bring the matter back to the Arusha-based African Union court.

The Ivorian authorities described the sentencing as marking the start of a "new era" in Cote d'Ivoire. "You have to track down the corrupt wherever they are," Abdoulaye Ben Meïté, a lawyer representing Cote d'Ivoire's government, told RFI's Service Afrique.

Soro has escaped the clutches of Ivorian justice and is currently living in France. Although 19 of his supporters are locked up in prison in Cote d'Ivoire. Nevertheless, Soro is also targeted by the government with accusations claiming he tried to overthrow the state.

Those 19 people behind bars in Cote d'Ivoire include supporters, MPs as well as members of his family jailed at the end of December. In its judgement, the African Court on Human and Peoples' Rights also ordered the 19 to be released.

Soro's supporters consider the charges against him politically motivated because he fell out with incumbent President Alassane Ouattara and announced his candidacy for the presidential elections at the end of 2020.

"I'll remain a presidential candidate and I'll win," said Soro in a post on social media. He described the trial as a "parody", saying that the judgement was proof that Ouattara had destroyed the rule of law.

Previous Story
President's Out, But Whoever Wins in Côte d'Ivoire, Many Won't Be Happy
Next Story

President's Out, But Whoever Wins in Côte d'Ivoire, Many Won't Be Happy

Presidential Elections in Cote d'ivoire Taking a Dangerous Turn
Tagged:
Copyright © 2020 Radio France Internationale. All rights reserved. Distributed by AllAfrica Global Media (allAfrica.com). To contact the copyright holder directly for corrections — or for permission to republish or make other authorized use of this material, click here.