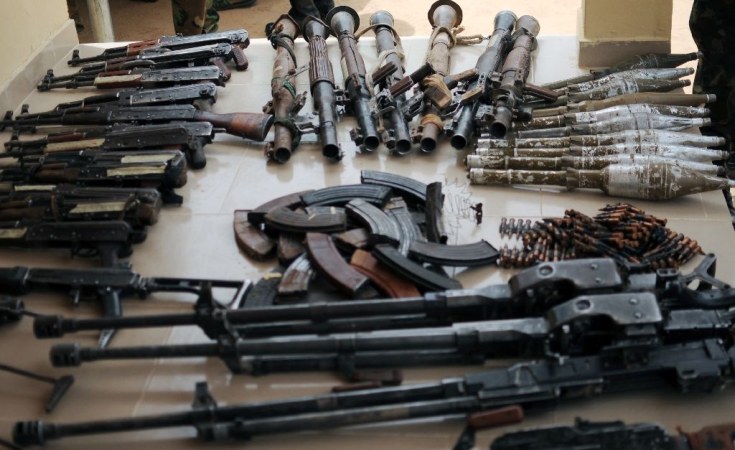 New fighting in South Sudan's Central Equatoria state this week is putting a strain on the country's fragile peace agreements.

A spokesman for the rebel National Salvation Front (NAS) said a joint force composed of soldiers from the army and the former rebel SPLM-IO attacked NAS positions in Central Equatoria state beginning on Sunday.

"They went and attacked our bases in Senema, that is around Ombaci, and also in Mediba around Morobo, and in Kajo-Keji Kala 2. They also attacked our forces, and we responded," NAS spokesman Samuel Suba told VOA's South Sudan in Focus.

Two NAS soldiers were killed and three others wounded during the fighting, according to Suba. The casualty figure could not be verified by other sources.

SPLM-IO deputy military spokesman Col. Lam Paul Gabriel, who is also the press secretary for South Sudan's defense minister, said the NAS forces were the aggressors who killed one government soldier and injured three others.

"We were attacked in Kiju (Kajo-Keji) by the forces of Thomas Cirilo. They killed two SPLM-IO soldiers and injured one. Then, our forces withdrew from Kiju and moved to Kala. On the 26th, they attacked us again in Kala coming from Kiju. By then, our forces were ready, so we were able to repulse them," Gabriel told South Sudan in Focus.

Gabriel denied that a joint operation was carried out against the NAS. He accused the rebel group instead of trying to disrupt the training and unification of forces.

"They came and attacked us in our own bases," he told VOA. "And up to now — I cannot lie to you — they overran our base in Kiju. And up to now, they are still there."

The government of President Salva Kiir and the SPLM-IO signed a peace deal in 2018 that recently led to the formation of a transitional unity government. The NAS signed a separate peace deal with the government in 2019.

The agreements have led to a reduction in fighting and some progress toward merging the various armed forces into a national army.

"They did it by burning houses, beating civilians and looting, and these led to this forced displacement of over 3,000 people," Samuel said.

Resident Alemin Joseph said the fighting forced him to flee to Yei from his village in Mukaya. He said he saw government forces beating civilians.

"Government forces went and failed to get the rebels, so they stormed our village in (the) area of Mukaya interrogating civilians, beating and knifing them, saying we should tell them where Thomas Cirilo's (rebel leader of NAS) forces are," Joseph told South Sudan in Focus.

Maj. Gen. Lul Ruai Koang, spokesman for the South Sudan People's Defense Forces, said he has not received any information about clashes in Lainya County from government military commanders on the ground.