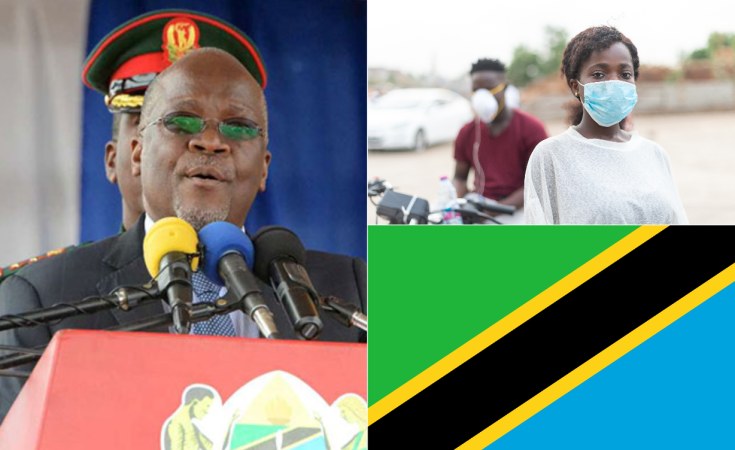 Authorities in the country have been lax in issuing updates on the number of coronavirus infections, while President John Magufuli has stubbornly refused to introduce stringent measures to slow the spread of the virus.

The World Health Organization (WHO) has chided Tanzania for its ongoing lack of cooperation and transparency in the global fight against the COVID-19 pandemic.

After four days of silence, officials released its latest update on the number of COVID-19 infections on Wednesday. Almost all African countries release daily reports, including their current number of infections, fatalities and recoveries.

In the update, Prime Minister Kassim Majaliwa said the country of 56 million people had now recorded 480 cases of COVID-19 and 16 deaths. The new tally represents a 69% jump in just five days.

Majaliwa offered no explanation for the government's silence on coronavirus numbers, though he cautioned against the "tendency of some people to issue false statistics which leads to unnecessary unrest in society."

Coronavirus cases have been relatively low across Africa compared to Europe and the US. However, the continent has a much lower capacity for testing, with approximately 500 tests carried out per one million people.

Tanzania recorded its first coronavirus case on March 16. President John Magufuli has been increasingly criticized at home and abroad for his response to the pandemic after the number of confirmed cases rose sharply within a month.

In his International Workers' Day message on Friday, Magufuli urged Tanzanians to continue working, saying coronavirus should not stop workers from serving society -- though he added that workers should follow the guidelines issued by health officials.

Magufuli has rejected the need to restrict movement of citizens, claiming stringent social isolation measures would severely damage the economy. While large public gatherings have been banned and schools and universities have been closed, markets remains open. Magufuli has also encouraged Tanzanians to gather and pray in churches and mosques claiming the coronavirus cannot harm the bodies of the faithful.

"You haven't seen me fearing to take communion, because corona[virus] is satanic and can't survive in Jesus' body. It will be destroyed," he told worshippers in a church in the capital, Dodoma.

Daniel El-Noshokaty, the Resident Representative for Tanzania from the Konrad Adenauer Stiftung (KAS), told DW that Tanzanians are still trying to practice social distancing as best they can - although it's easier for those who are able to stay at home.

El-Noshokaty says he hopes Magufuli will eventually follow the examples of neighboring Kenya and Uganda, who introduced lockdown measures and subsequently saw a drop in new cases.

"I hope the government will change their mind. But since the president has ruled out a lockdown and since he's not very well known for changing his mind, I don't think that anything will change soon."

Tanzania's opposition has strongly criticized the government's handling of the COVID-19 crisis, claiming authorities are hiding figures and are not taking the pandemic seriously.

Freeman Mbowe, the chairman of the main opposition Chadema party said authorities were being too secretive at the expense of public health.

"The government should not treat this pandemic as a secret," Mbowe said in a televised address. "[COVID-19] requires transparency, truth and participation to fight it... Our cases are shooting up at an alarming rate, while many countries are flattening the curve."

There are fears that the outbreak in Tanzania is far more widespread than authorities are reporting. Rumors have begun to spread in Tanzania of bodies being buried at night, in an effort to hide the true number of deaths due to coronavirus -- something Mbowe says is not surprising given the circumstances.

"We see people dying and their burials are supervised by the government under strict conditions, but yet [they] are not telling us they died of coronavirus," said Mbowe. "There is no transparency and when people have no information, you provide room for rumors."

The officer for public health information at the Ministry of Health, Community, Development and Youth, Tumaini Haonga, told DW the government has been focusing its efforts on raising awareness about the dangers of coronavirus and advising citizens to remain vigilant of misinformation being spread online.

Despite Magufuli's intention to safeguard Tanzania's economy as much as possible, El-Noshokaty says a financial crisis is inevitable due to the scale of the outbreak around the world.

"Tanzania is heavily dependent on tourists coming in, so this source of inform is gone," he says. "It also means that a lot of people who work in the tourism sector will lose their job and this will lead to financial crisis for a lot of ordinary people. But it will also lead to much less income for the government this year."

The impending global recession will also see a decline in exports from Tanzania and the surrounding region.

Opposition leader Mbowe has pressured the government to introduce an economic stimulus package similar to what has been implemented in other countries such as South Africa.

Parliament suspended after deaths of MPs

Tanzania also suspended Parliament in the wake of the death of MP Richard Ndassa on Wednesday.

The cause of death has not been revealed, however, local media reported that the hotel where Ndassa, 61, had been residing was being disinfected by medical personnel and no one was being allowed inside.

Grace Kabogo contributed to this report.