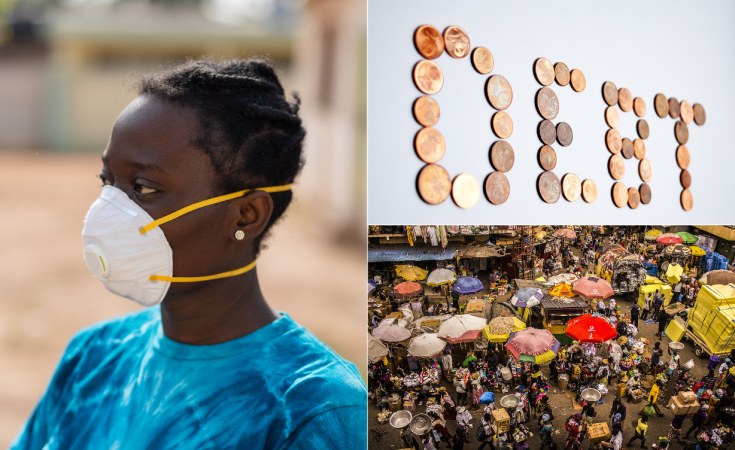 The United Nations Conference on Trade and Development (UNCTAD) is calling for debt deal for developing nations in face of the Covid-19 coronavirus.

UNCTAD, in a report titled From the Great Lockdown to the Great Meltdown: Developing Country Debt in the Time of Covid-19, notes that the virus outbreak came at a time when developing economies have already been struggling with unsustainable debt burdens for many years.

The report notes that if the challenges are huge in advanced economies, they are enormously more daunting in developing economies.

"While advanced country governments struggle to revamp administrative and regulatory frameworks and to break ideological taboos, developing countries cannot easily flatten the contagion curve by closing down their largely informal economies without facing the prospect of more people dying from starvation than from the Covid-19 illness. Moreover, even the most advanced high-income developing countries with relatively deep financial and banking systems do not have anywhere near the fiscal space that advanced economies can, in principle, unlock."

This call comes just weeks after Kenya's President Uhuru Kenyatta said that as part of efforts to mitigate against the adverse effects of the pandemic, African governments would unite in pushing for loan waivers.

Early in the month, African nations (via their ministers) agreed to call for debt relief support from bilateral, multilateral and commercial partners.

The resolution to call for loan waivers came during a virtual meeting of the Bureau of the African Union Heads of State and Government on April 3, 2020.

They noted that Africa needs an economic stimulus package since the slowdown in economic activities occasioned by the coronavirus outbreak will cost the continent jobs and affect incomes of vulnerable populations.

President Kenyatta, who took part in the teleconference convened by South African President Cyril Ramaphosa, said Africa should step up its coronavirus testing capacity adding that mass testing will be the only sure way of stopping the spread of the virus.

"As a continent, we need to focus on expanding our testing capacity to enable us to conduct mass testing as this is the only sure way we will manage this problem," the Kenyan leader said.

With the supply chains disrupted, it is a wakeup call for African nations to start trading with each other. As such, Kenyatta also underscored the need for African countries to support each other.

"Let us buy from each other what we can make on our continent even as we seek help from our international partners," said President Kenyatta.

UNCTAD notes that the vast majority of developing countries are heavily reliant on access to the 'hard currencies' of advanced countries - earned primarily through commodity and service exports, such as food, oil and tourism, and received through remittances from their diasporas as well as from access to concessional and market-based borrowing -to pay for imports and to meet external debt obligations.

Thus, their central banks cannot act as lenders of last resort to their governments at the required scale without risking catastrophic depreciation of their local against hard currencies, and therefore also steep increases in the value of their foreign-currency-denominated debt as well as unleashing, potentially, destructive inflationary pressures.

This situation is all the more critical where developing countries already face high debt burdens.

The report adds, "The Covid-19 coronavirus shock has put a glaring spotlight on the difficulties arising from high and rising developing country indebtedness since it is set to turn what was already a dire situation into serial sovereign defaults across the developing world. It has, therefore, turbocharged the need to move from discussion to action on debt matters in developing countries."

Africa is home to 33 of the 47 least developed countries (LDCs) globally.

With this, the economic shock occasioned by the covid-19 coronavirus means that more than half of the continent's populations and their economies will struggle to rebound.

Going by the United Nations Development Programme's Human Development Index (HDI), none of Africa's 54 countries is a developed economy.

Healthcare, life expectancy and education of a country are what quantifies HDI to determine if an economy is developed or not.

In Africa, only Seychelles, Mauritius, Algeria, Tunisia, Botswana, Libya and Gabon can be described as having a "high human development".

UNCTAD notes that more than a quarter of revenues are absorbed by debt servicing in developing countries.

As such, renegotiating loan deals for the continent means that countries will have a cushion against the harsh reality immediately post-coronavirus.

Mid this month, the International Monetary Fund (IMF) said it was extending immediate debt service relief to its 25 poorest and most vulnerable member countries - in Africa, Asia, the Middle East and the Caribbean - to help them address the crippling economic effects of the COVID-19 pandemic.

IMF Managing Director Kristalina Georgieva said the relief provides grants to the poorest and most vulnerable IMF members to cover their IMF debt obligations for an initial phase over the next six months.

She added, "And will help them channel more of their scarce financial resources towards vital emergency medical and other relief efforts."

More countries in Africa indebted especially to China will have to wait to see if their push will bear fruits.

COVID-19 Lockdown Exposes Inequality, Poverty in Africa
Tagged:
Copyright © 2020 The Exchange. All rights reserved. Distributed by AllAfrica Global Media (allAfrica.com). To contact the copyright holder directly for corrections — or for permission to republish or make other authorized use of this material, click here.