Kenya: The Dream of a Kenyan Man Who Succumbed to COVID-19 in Sweden 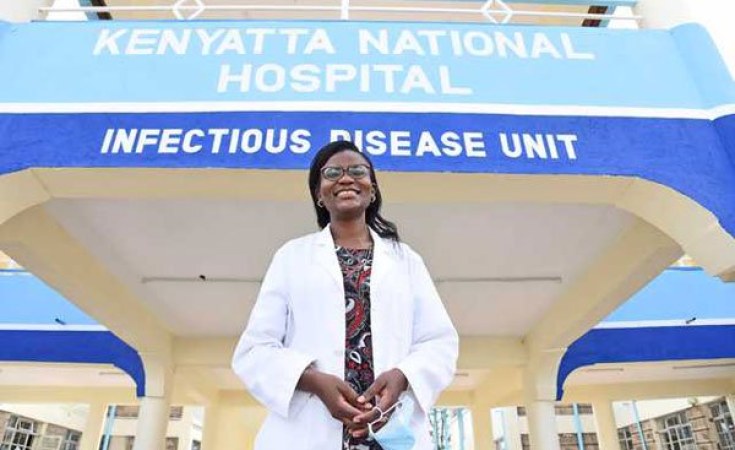 Nairobi — Long before the COVID-19 pandemic started ravaging the world, Waburi Munge's dream was to come back home from Sweden to Kenya and "join in building the nation."

The father of five children had a list of must-do, among them a goat-eating ceremony with relatives- who would never have enough of him during his visits to the country.

The "goat-eating event" was a promise he made to his cousins during his last year's December visit, as a way to bring his family together.

His dream might not be realized after all- since Waburi succumbed to the disease this past weekend while in Sweden where he had been staying since 1996.

His family has decided to honour his wish and they want his body cremated there and his ashes brought back home once the situation normalises.

After all the government had urged relatives of anyone who dies abroad during this period to have him or her buried or cremated there due to the challenges of transporting the remains home.

Most passenger flights across the world are grounded, with only chartered flights operating on exceptional circumstances.

Even though cargo flights are operating, there is the risk of COVID-19 infections.

"He was a people's person," it is a common response Capital FM News got from those who knew the 52-year-old, known for his 'American height' and a heavily built body.

At 13, Patrick Wachira met Waburi- his cousin- in his maternal home in Nyeri County and that one encounter left an indelible mark in his life, to date.

"He is way older than us, but he made us feel good around him. I specifically remember the gifts he shared with us and the laughter," Wachira, now 28-year-old said.

Wachira is mourning, so is his immediate family- which has lost their first-born son.

His sister Roshan Wacuka is yet to come to terms with the sudden death- since of all the COVID-19 patients, the nurse who was attending to him said, "Waburi was the one coming up very well. He would feed by himself."

It is suspected he got infected from a burial meeting he attended- for another Kenyan who had died while in Sweden.

But a few days in hospital just when doctors had hoped he was on the recovery trajectory, Waburi's heart stopped.

"He was doing well until Saturday when the situation suddenly changed. The doctors were to put him on oxygen when the heart suddenly stopped," she told Capital News.

The father of five, Wacuka said, did not want his family to be informed after it was established, he has COVID-19 positive.

Why? we asked, He wanted to protect the family from the agony of thinking whether he will recover or not.

"It is the wife who notified us after he was taken to the hospital and booked in the Intensive Care Unit (ICU)," she said. "My brother was a people's person. He also loved Kenya."

According to the government, there are more than 20 Kenyans who have succumbed to complications related to the disease abroad.

The death has claimed 24 lives in the country, out of the 465 people infected, while 167 others have recovered.

On his last appearance on Facebook, Waburi passionately spoke about the need for a people-centered measure to fight the pandemic and even condemned cases of police brutality, while enforcing the law.

Previous Story
Kenyans Unmoved By Coronavirus Threat As Number of Those Resuming Work Rises
Next Story
We're Ready for Return of Kenyans From Abroad, Says State

We're Ready for Return of Kenyans From Abroad, Says State

Kenya's Quarantine Conditions Reportedly Undermining Rights
Tagged:
Copyright © 2020 Capital FM. All rights reserved. Distributed by AllAfrica Global Media (allAfrica.com). To contact the copyright holder directly for corrections — or for permission to republish or make other authorized use of this material, click here.