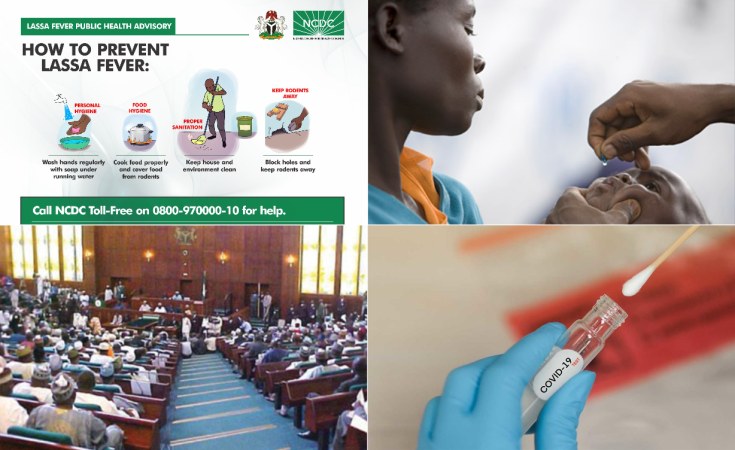 The House of Representatives has set up an ad-hoc commitee to investigate bribery allegations levelled against it.

The lawmakers took the decision on Tuesday while adopting a motion of 'personal explanation' by the Deputy Speaker, Ahmed Wase (APC-Plateau) at plenary.

The Coalition of United Political Parties (CUPP) on Monday, alleged that it has intercepted report that the leadership of the House of Representatives was poised to forcefully pass the compulsory vaccine bill without subjecting it to the traditions of legislative proceedings.

The body in the statement by its spokesperson, Imo Ugochinyere, alleged that $10 million was offered by the American billionaire, Bill Gates, to influence the speedy passage of the bill without recourse to any public hearing adding that the Speaker, Femi Gbajabiamila, should be impeached if he forces the bill on members.

No evidence of such alleged bribe was provided by the group.

But the speaker however, defended his promotion on the Control of Infectious Diseases Bill, arguing that its content and timing were appropriate.

He also pledged that there would be a public hearing where Nigerians would be given the opportunity to contribute to the draft law.

Adopting the point of order, the house also resolved to take legal action against an online media organisation for allegedly reporting that the house collected $10 billion from Bill Gates to pass the bill.

While moving the motion, Mr. Wase said that it was reported by an online media organisation that the house collected $10 billion to pass the bill.

Mr Wase said he had not collected anything neither was he aware of any member of the house that had collected money from anyone on that account.

Also, the Majority Leader of the house, Alhassan Doguwa, (APC-Kano) said that he saw the report alleging that members were given money to pass the bill.

Mr Doguwa said he did not collect money from anyone adding that the house was doing its job in line with what was necessary for the safety of the people.

The Minority Leader of the House, Ndudi Elumelu, (PDP-Delta) said he read on an online news medium that Mr Gates offered the house $10 billion to pass the bill.

Mr Elumelu said he did not get any money and no member of the minority group had collected any amount to support the bill.

Meanwhile, Mr Gbajabiamila said that issues with such baseless accusation would be given credence when responded to.

He said the action of the online media had, however, given credence to the need to regulate social media and online publications.

The speaker added that the allegation was weighty enough for legal action to be taken against the media organisation "to serve as deterrent to others."

While adopting the motion, the house mandated its clerk to liaise with the majority leader of the house and the legal adviser to the National Assembly to commence legal action.