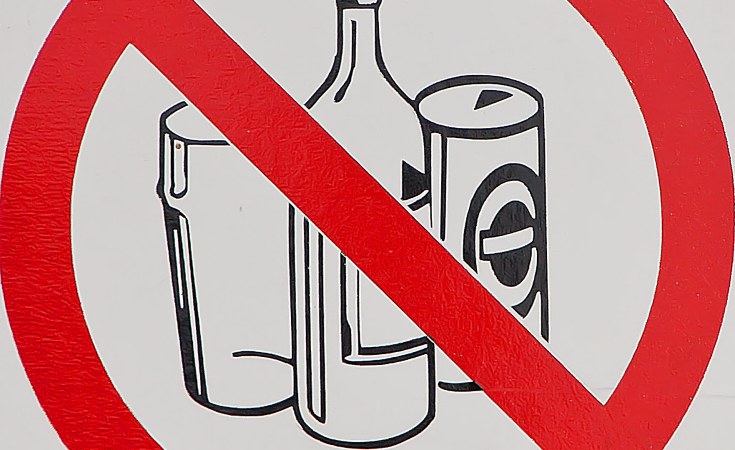 Several countries have banned alcohol sales during coronavirus lockdowns. But what impact, if any, will the measures have on abuse in the home?

From China to Italy, reports of domestic abuse have soared during lockdowns, which have left many women trapped at home with abusive partners.

Where has alcohol been banned?

In Colombia, Bogota's mayor Claudia Lopez has restricted alcohol sales to one bottle per shopper, warning that the combination of heavy drinking and quarantine could create a domestic abuse "time bomb".

Greenland has also banned alcohol sales in its capital Nuuk to reduce violence against children.

But most countries that have introduced booze bans have done so to minimise the risk of people gathering and spreading coronavirus.

India reopened alcohol shops at the weekend after shutting them on March 24.

South Africa has banned alcohol since March 27. Sri Lanka and Thailand have also imposed prohibitions, but the latter has since lifted restrictions in most provinces.

Some states in Mexico have banned alcohol and many others have restricted its sale or production.

Elsewhere, evening curfews, the closure of bars and social distancing rules have restricted access to alcohol.

Although the two often go hand in hand, alcohol is not the root cause of domestic violence.

Domestic abuse charities emphasise that it is about power and control and is a choice an abusive partner or family member makes. Alcohol should never be seen as a cause or an excuse, they say.

However, the World Health Organization (WHO) says alcohol can be a contributing factor. It may increase the frequency and severity of violence and be more likely to result in injury.

The WHO says alcohol use reduces self-control and leaves people less capable of negotiating tensions within relationships.

Excessive drinking by one partner can also exacerbate financial difficulties, childcare problems and other family stressors.

Societal beliefs that alcohol causes aggression can even encourage violent behaviour after drinking, and also lead to drinking being used as an excuse for violence.

Victims interviewed in studies done around the world often mention their abusers had been drinking before an incident.

In one study in South Africa about 70% of abuse victims identified alcohol and other drug abuse as the main risk factor.

Have the bans in India and South Africa had an impact?

It is impossible to say. Indian charities working with victims of domestic violence say their phones have been ringing off the hook during lockdown.

Mumbai charity Sneha has seen a four-fold increase in calls with many women reporting a rise in abuse after their husbands lost their jobs.

"There is no difference in their treatment of women really. They would abuse the women when they had alcohol, and now they are abusing them because they don't," said programme director Nayreen Daruwalla.

"Intimate partner violence and alcohol has a very close relation," he said.

In South Africa, police say domestic abuse crimes are down by about 70% compared to the same period last year.

But Ndileka Mandela, who helps support women in abusive relationships, said many women trapped at home may be unable to call for help.

The domestic violence figures contrast starkly with calls to the police force's gender-based violence hotline which received 2,300 calls in the first five days of lockdown - nearly three times the rate prior to lockdown.

Mandela, who is Nelson Mandela's granddaughter, said messages she had received asking for help had doubled.

She said far more needed to be done to tackle the root causes of domestic abuse, rather than blaming alcohol.

Research on the issue is scarce. The WHO sites two historic experiments that appear to have had an impact.

A community programme in one Australian town in the 1990s that limited the hours of sale of alcohol reduced the number of people admitted to hospital for domestic abuse.

Restrictions introduced in Greenland in the 1980s were credited with a 58% fall in police call-outs for domestic incidents.

A few states in India have banned or restricted alcohol sales, including Bihar in the northeast.

Although some women in Bihar say the 2016 prohibition has helped curb domestic abuse, others say such bans push alcohol consumption underground.

(Additional reporting and writing by Emma Batha @emmabatha; Editing by Katy Migiro. The Thomson Reuters Foundation is the charitable arm of Thomson Reuters, which covers the lives of people around the world who struggle to live freely or fairly. Visit http://news.trust.org)