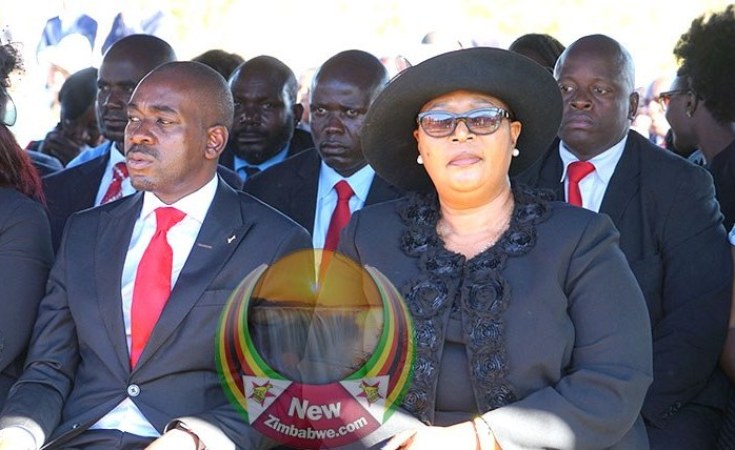 Four MDC-T Members of Parliament have been recalled from the August House on the grounds that they had ceased representing the opposition party's interests.

The legislators were elected under MDC-Alliance, which is a coalition of opposition parties that contested the 2018 harmonised elections.

They were seconded to the Alliance by MDC-T, which has recalled them from Parliament.

The four were recalled in terms of section 129 (k) of the Constitution, which states that: "The seat of a Member of Parliament becomes vacant if the Member has ceased to belong to the political party of which he or she was a member when elected to Parliament and the political party concerned, by written notice to the Speaker or the President of the Senate, as the case may be, has declared that the Member has ceased to belong to it."

A previous attempt by MDC-Alliance to recall Senators Douglas Mwonzora and Morgan Komichi was nullified by Senate President Mable Chinomona after she ruled that it lacked merit.

She nullified the attempted recalls basing on the Supreme Court judgment that ruled that Mr Nelson Chamisa was illegitimate and restored the 2014 structures that existed before his ascendancy to power.

"On the 3rd of April 2020, Parliament was notified by the MDC-T that Hwende (Kambuzuma), Khumalo and Honourable Mutseyami (Dangamvura-Chikanga) had ceased to be members of the MDC-T party and no longer represented the interests of the party in Parliament," Speaker of the National Assembly Advocate Jacob Mudenda said.

He then declared their seats vacant and said he would notify President Mnangagwa of the vacancies to enable him take measures to fill the vacancies.

Speaking to the media soon after the recall, Mr Hwende who is the MDC Alliance secretary general said he was not a member of the MDC-T.

"I contested the elections as an MDC Alliance member and even the MDC-T contested those elections and lost. I am going to notify the President and the party leadership and a comprehensive statement would be issued," he said.

"I am not a member of the MDC-T but belong to the MDC Alliance led by Advocate Nelson Chamisa. So to me the struggle continues but I will inform the party and they will guide me on the way forward," she said.

Commenting on the recall of the legislators, MDC-T secretary general Douglas Mwonzora said the four were recalled as they had acted in an irresponsible manner.

"These members did something positively wrong. Besides being in authority and in a position of responsibility, they actually acted in a manner that called for an action like this. For example, Honourable Hwende tweeted that he was no longer a member of the MDC that was once led by Tsvangirai. That is a statement we can never allow because it is both factually and politically incorrect," said Mr Mwonzora.

Last month the Supreme Court confirmed the High Court's decision that declared Mr Chamisa an illegitimate leader of the opposition party after he wrestled power a few hours after the death of founding leader, Mr Morgan Tsvangirai.

The ruling came after Chamisa had appealed against the ruling by High Court judge, Justice Mushore who had nullified his presidency in 2018.

The judgment nullified Chamisa's appointment as the leader of the opposition MDC party and also nullified the appointment of both Nelson Chamisa and Elias Mudzuri as vice presidents of the party.

The appointments had been made by Mr Tsvangirai before his death.

The Supreme Court also restored the structures of the opposition party that existed before Mr Chamisa grabbed power and restored Ms Thokozani Khupe as the acting president.

Messrs Komichi and Mwonzora were restored to their previous positions of chairman and secretary general respectively.

Meanwhile, the two Houses of Parliament adjourned to May 19 after their briefly sat yesterday.

Advocate Mudenda said the adjournment was in line with WHO and Government guidelines on social distancing in the fight against the Covid 19 disease.

"We as Parliament are obligated to play our oversight role in the circumstances and accordingly the Standing Rules and Orders Committee has exercised its rights regarding the arrangements that would make it possible for Parliament to function with minimum disruption and at the same time fulfilling its constitutional mandate," Advocate Mudenda said.

He said consultations with hotels were ongoing to ensure there is accommodation for MPs who reside outside Harare when sitting resumes while further action would be guided by pronouncements by Government.

Previous Story
Recalled Opposition MPs Had Turned Into Rebels - Mwonzora
Next Story
Opposition Continues to Be Plagued By Division, Confusion

Opposition Continues to Be Plagued By Division, Confusion