GCIS/Flickr
A resident of Mamelodi in South Africa during the COVID-19 lockdown.
263Chat (Harare)
By Kudzanai Gerede

For over a month, the usually buzzing Mbudzi roundabout area, south west of Harare has been calm and deserted as Zimbabwe enters week six of the Covid-19 pandemic lockdown.

According to Tekla Gavi, a mother of four who survives on selling second hand clothes in this informal economic hub, it has been the longest six weeks of her adult life, being stuck at home with no income.

Just like many informal workers left vulnerable to poverty by the lockdown, Gavi has waited for social grants and food deliveries promised by the government and is yet to receive assistance.

She has just learnt that her makeshift cabin she sells from was destroyed last week during an operation by the Harare Municipality with the assistance of the Zimbabwe Republic Police (ZRP) and the Zimbabwe National Army (ZNA) to clear all illegal structures in the city.

And now, she is not sure if she can still be able to sell once lockdown is over.

"It's easy to give orders that forbid people to move around if you have a spacious house and a secure job to fall on," she said.

"I have not earned a single dollar in my pocket since March 31.The days are so long and the nights are unbearable on an empty stomach with thoughts of a dark future lying ahead. Where do I start from here?" she quizzed.

The continued sharp decline in working hours globally due to the Covid-19 means that 1.6 billion workers in the informal economy-that is half of the global workforce -stand in immediate danger of having their livelihoods destroyed, warns the International Labour Organisation.

Zimbabwe entered total shutdown on 1 April which lasted for 21 days before two extensions of 14 days each were imposed as authorities try to contain the spread of the covid-19 pandemic.

So far, the country has recorded four deaths, 36 positive cases and five recoveries.

However, balancing the efforts to curb the deadly virus and opening the economy is a delicate exercise leaders, not just in Zimbabwe but globally are grappling with.

Yet for most people the grim reality of plunging into extreme poverty far outweighs the fear of contracting the deadly Covid-19.

Zimbabwe has a unique economy which makes it practically impossible to carry on with life under these lockdown restrictions.

With an economy that is 62.3 percent informal, the country has the second highest informality rate in the world after Bolivia, the International Monetary Fund (IMF) said in 2018.

Millions of Zimbabweans are therefore unable to survive without a daily trade to earn them some money to prepare a decent meal and the current restrictions have made livelihoods unbearable.

"The biggest issue is that we are starving now. We are just like animals in a zoo who can't fend for themselves. We can't go out and make hustles," 23 year old Marxie, a commuter omnibus bus driver said.

But with the extension of the lockdown, he has since traded his driver's license for the axe.

"To survive, i have been chopping and selling firewood early in the morning for residents in Hopely who don't have electricity for heating before the police start to move around enforcing stay-home regulations," he added.

Nevertheless Marxie's plight is just a microcosm of the misery of hundreds of thousands of livelihoods that depend on the urban transport business, a male youth dominated industry.

Informal transport service providers like Marxie remain forbidden to operate under the current phase two lockdown restrictions expected to end on May 17.

To compound matters, government has in recent years indicated plans to wipe out kombis from the urban transport system, a decision likely to affect many jobs.

"The extension of the lockdown has really made it difficult for small business players during this lockdown. Instead of giving us support levers, authorities have been destroying our working places and we will really suffer from this," SMEs Association of Zimbabwe leader, Farai Mutambanengwe told 263Chat Business.

Zimbabwe was already facing the worst economic crisis in a decade and serious food shortages before the Covid-19 outbreak following poor harvests from the drought.

The restrictions on informal workers has since given rise to the "new-poor" who hitherto the Covid-19 were self-sustainable but have now added the tally in need of food assistance.

Government is however struggling to avail maize meal for nearly 4 million people, in urgent need of food assistance.

According to Finance and Economic Development Minister, Mthuli Ncube government will be disbursing ZWL$ 200 in cash transfers to the vulnerable but this figure is not enough to buy a 10 kg pack of mealie meal currently being sold at ZWL$ 330 (US$ 7) on the black market. 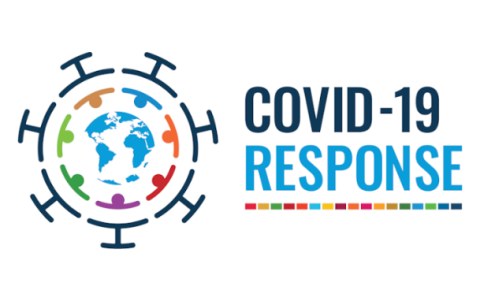 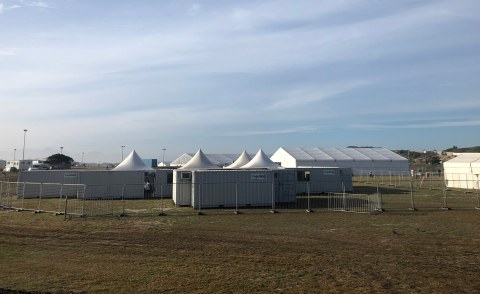 COVID-19 Puts Strain on South African Legal System
Tagged:
Copyright © 2020 263Chat. All rights reserved. Distributed by AllAfrica Global Media (allAfrica.com). To contact the copyright holder directly for corrections — or for permission to republish or make other authorized use of this material, click here.

Djibouti Looks to Ethiopia to Gauge Its Economic Future
ICT