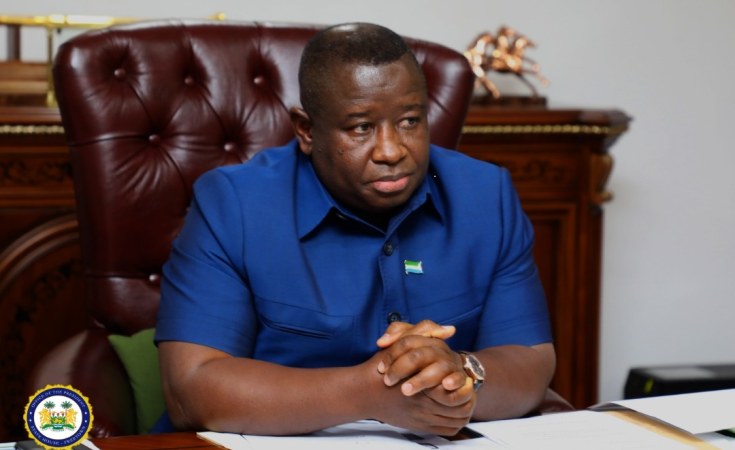 Freetown — His Excellency President Dr Julius Maada Bio has addressed the nation following a spate of violence despite having reached out to all Sierra Leoneans to work together to make the small West African nation a peaceful place for all its citizens.

Text of the Address [PDF]

He said in the interest of peace he had officially invited to State House the former President, Ernest Bai Koroma, and the leadership of his opposition All Peoples Congress, APC, to foster peace, resolve all post elections acrimony and discuss the way forward for a peaceful and united Sierra Leone.

“In the post-meeting memorandum of understanding, we resolved on working urgently on building a united and cohesive Sierra Leone free of patronage, threats, hate, virulent partisanship, and corruption.

“But within those two years, there has been an unrelenting barrage of attacks against the state, state officials, public and private persons and properties. This hearkens back to a public threat issued by the losing Presidential candidate that the All Peoples Congress party would make the country ungovernable,” he told the nation.

While calling for solidarity and cooperation in informing and mobilising communities to prevent, curtail, and protect his people against the Covid-19, the President also noted that in the country’s greatest hour of need, the citizens should voluntarily stand up for their shared values and the common destiny of their country.

“When Ebola ravaged our nation, I did not wait for an invitation or a telephone call to lead my party’s social mobilisation and fight against Ebola. I travelled to every part of this country that was accessible to me and delivered a message that was in consonance with the government’s strategy and objectives in fighting Ebola. That is what serving the national interest is – not waiting to be begged pleasantly to serve your country and putting your country’s interests always above all else.

“Over and over again, I have asked every Sierra Leonean to contribute to building inclusive and resilient national institutions, to consolidate our democracy, and to build a peaceful Sierra Leone.

“One would therefore expect that the leadership of the All People’s Congress, like the leaderships of the other political parties in Sierra Leone, would have publicly and staunchly condemned as well as dissociated the party from any persons or groups of persons who incite hate, associate with and support violence, or participate in violence against the state. They have not. Instead, the leadership has made public statements that have heightened tensions,” he noted.

After the attacks in Lunsar, Foredugu in the north of the country, Tombo in the Western Rural District and the prison breakout at Pademba Road Correctional Centres in Freetown in the last two weeks, the President stated that known agents and associates of the APC have publicly predicted the precise date, target, and nature of those attacks that claimed innocent lives, vandalised and burnt down hospitals, police stations and telecommunications infrastructure.

“Evidence emerging from investigations have named known local leaders and members of the APC as being responsible for inciting, planning, financing, mobilising, and in some cases actively participating in violent terrorist attacks against the people of this country.

“And let us be very clear, fellow citizens. The actions of these persons are not peaceful political expressions as one expects in a democracy. Their actions are carefully planned, coordinated, well-orchestrated and executed acts of violent terrorism targeting the state, state officials, public buildings, and private persons and property.”

He clarified and emphasised that those persons who had been arrested were not being held because of their political beliefs or their professional work as journalists.

“The Sierra Leone Association of Journalists has acknowledged that they practise journalism freely and we are working with them to repeal obnoxious laws and further enhance professional development in journalism. Civil society organisations speak up freely and hold Government accountable and we are grateful that they are playing their part as citizens.

“Organised labour organisations, professional organisations, religious bodies, Paramount Chiefs, community stakeholders, the private sector all continue to contribute positively to our peaceful co-existence as a nation. The international community in Sierra Leone continues to engage with Government and Sierra Leoneans in general in fostering peace and supporting development.

“The right to free speech is guaranteed in our democracy and in our constitution. But no democracy guarantees a right to speech that incites criminal violence, foments hate and divisiveness, causes public disorder, and threatens the security and stability of the state.

“The rule of law is supreme. No citizen, absolutely no citizen, is above the law…Our enforcement agencies and the justice sector will ensure that every citizen’s right to due process is respected and justice is dispensed speedily and without hindrance, fear, or favour,” he said.

He closed by calling for more citizen engagement to get communities more intimately involved in preventing crime and its causes and encouraged civil society organisations to capture these dynamics in their daily work with communities. 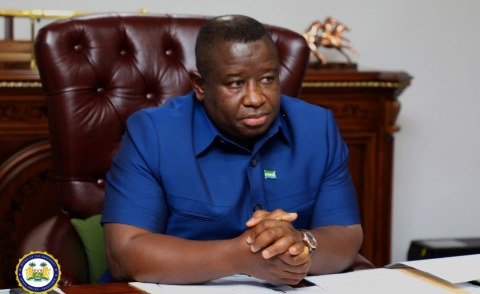 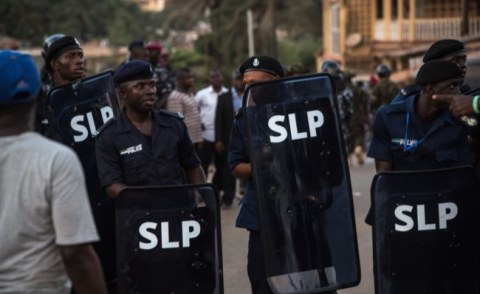 Sierra Leone Minister Gets the Boot After Weeks of Deadly Unrests
Tagged:
Copyright © 2020 Government of Sierra Leone. All rights reserved. Distributed by AllAfrica Global Media (allAfrica.com). To contact the copyright holder directly for corrections — or for permission to republish or make other authorized use of this material, click here.