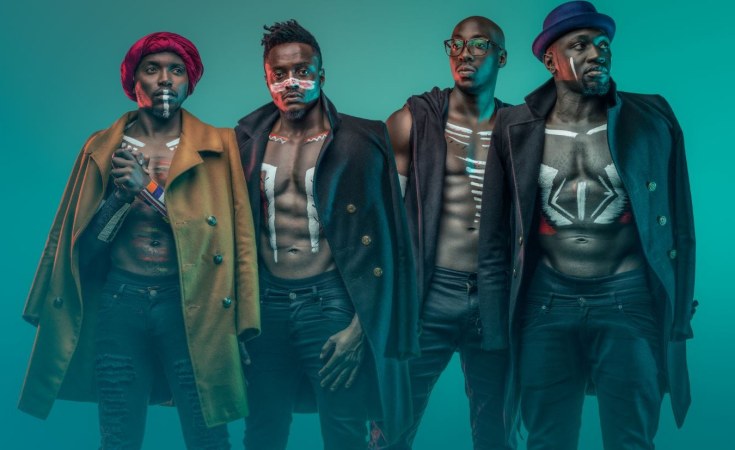 Kenyan boy band Sauti Sol are well known for their music and energetic stage performances. But in the midst of their successful musical careers they try as much as possible to keep their private lives and engagements as private as they can.

Other than their routine works outs sessions, the group members rarely update their fans what they do during their free time.

But now South African rapper Sho Madjozi has blown their cover. While appearing on NTV's weekly show, The Trend, Sho Madjozi revealed that Sauti Sol do love to party a lot and when the do, hell always break loose.

Sho Madjozi disclosed that a few months ago she got a chance to hang out with the four boys as the worked on their disco Matanga hit song, and that's when she got to realize that Sauti Sol are crazy party animals.

The song was used as a soundtrack to the very first African series released by Netflix Queen Sono, a South African production created by Kagiso Lediga.

"... One day they called me to the studio, they are so creative, they love writing, just like I do, and we made the track. But wow! Sauti Sauti do turn up. Those guys how they party (sic). I think Kenyans have this unique way of turning up its crazy," a visibly bemused Sho Madjozi said.

Sho Madjozi, who celebrated her 28th birthday on Saturday, went on to reveal that whenever she feels like having a good time, she prefers flying to Nairobi.

"Someone recently asked me were it not for Coronavirus where would be my first city to visit, and I said probably Nairobi. It's no doubt everyone who knows me knows that whenever I want to party in the whole world Nairobi is where I would be. The city, the clubs and the partying culture there is like no other" she said.

Sho Madjozi hit to fame in August last year when she released her hit song John Cena which went viral, getting the attention of the famous American professional wrestler and actor.