South Africa: Releasing Prisoners to Stop the Spread of COVID-19 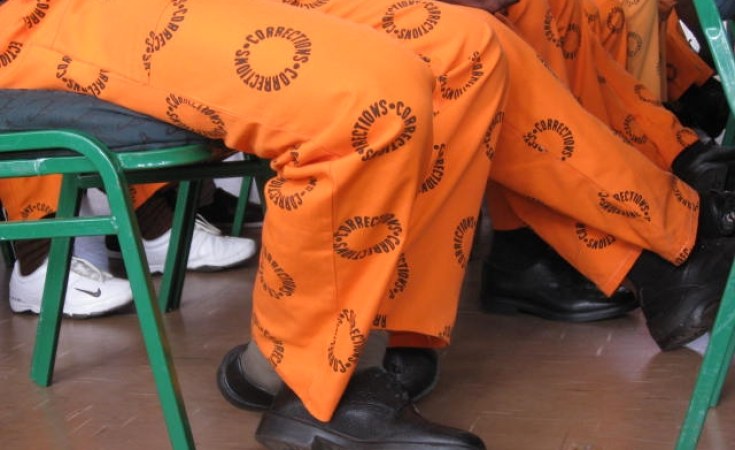 As the number of infected prisoners and officers spike - causing the public to shun officials - the government heeds the call for inmates to be discharged from overcrowded prisons.

Following vigorous lobbying and petitioning of the state by activists, President Cyril Ramaphosa announced a process to release over 19 000 low-risk inmates to curb the spread of the virus in prisons.

At the time of publication there were 213 confirmed cases in South African prisons, 124 of them prison officials. Two inmates and one official have died.

When Covid-19 broke out in prisons, the Department of Correctional Services adopted a strategy of prevention, containment, treatment and recovery. Several organisations criticised this approach because it is impossible to maintain physical distance in prisons, especially with overcrowding. They asked the state to release certain classes of the incarcerated.

Prince Nare, co-director of the South African branch of Just Detention International, an organisation that seeks to end sexual abuse in detention, says government needs to ensure that "prisoners are released, including but not limited to: the elderly; people serving time for parole violations; people who are being held because they are indigent and unable to pay bail; and people who have an underlying health condition".

Zia Wasserman of Sonke Gender Justice agrees with Nare, saying that the state needs to release certain categories of prisoners to relieve overcrowding in prisons. For Wasserman, "this is an intervention recommended by several international human rights bodies, including the World Health Organization (WHO) and United Nations (UN), and has been implemented by numerous countries".

Inmates to be released

On 8 May 2020, following Ramaphosa's announcement, Minister of Justice and Correctional Services Ronald Lamola acknowledged the department's vulnerability in the fight against the virus.

"Currently, our Covid-19 preventative measures are stretched to the brink. We have managed thus far, but the spread of the virus continues. We ought to act decisively and prevent this invisible killer from rapidly multiplying in our centres."

Lamola said the president's decision was informed by the WHO and the office of the UN high commissioner on human rights, Michelle Bachelet. In its interim guidelines, the WHO cautions states to take necessary precautions in fighting Covid-19 in places of detention. "People deprived of their liberty, such as people in prisons and other places of detention, are likely to be more vulnerable to the coronavirus disease outbreak than the general population because of the confined conditions in which they live together for prolonged periods of time. Moreover, experience shows that prisons, jails and similar settings where people are gathered in close proximity may act as a source of infection, amplification and spread of infectious diseases within and beyond prisons."

The health of the public and prisoners is the responsibility of the government. Bachelet makes this clear: "Under international human rights law, states have an obligation to take steps to prevent foreseeable threats to public health and have a duty to ensure that all who need vital medical care can receive it."

The 14 647 inmates released by Ramaphosa in December reduced overcrowding by 8.99%. Lamola assured the public that 99% of those released had not violated their parole conditions.

The Covid-19 parole process is expected to reduce overcrowding by 12.15%. Lamola says the parole process will follow the usual procedure, which includes the victim-offender dialogue led by parole boards made up of criminologists and social workers. It will be done on a case-by-case basis.

Parole boards will be guided by the president's pronouncement of low-risk offenders charged with petty crimes such as shoplifting, theft and trespassing.

Those convicted of sexual offences, child abuse, murder, attempted murder, sabotage and terrorism, violations under the Domestic Violence Act as well as offenders declared dangerous, serving life imprisonment or certified as mentally ill, will not be released.

Of the 157 208 prisoners locked up, 56 536 are awaiting trial. They are not among those up for release. "In our context, awaiting trial detainees contribute significantly to overcrowding," the minister admitted. "Our analysis at this stage has revealed that a considerable number of awaiting trial detainees find themselves incarcerated because of their socio-economic conditions. There are 5 000 inmates who are currently in detention due to their inability to post bail. We are looking at intervention measures that could be implemented for these inmates working together with all relevant stakeholders."

No time frames were given.

The release of inmates is based on the premise that physical distancing in prisons is impossible to implement and many prisons are a breeding ground for diseases in general.

Nare says despite the country having one of the world's most progressive Constitutions, which recognises the rights of prisoners, "the reality of life in South African prisons remains a far cry from that envisaged on paper".

"More than a quarter of prisoners are awaiting trial, typically held for long periods and often because they are unable to pay small bail amounts or do not have a fixed address ... Cells designed for 40 inmates typically hold closer to 100, lack adequate ventilation and contain a single, unshielded toilet."

Many activists and organisations have noted that these conditions make it more difficult to deal decisively with Covid-19 in prisons without taking a radical approach.

Prison culture continues to be characterised by sexual violence. It is the culture of hypermasculinity that allows sexual predators to thrive in our prisons, says Nare.

"Prisoners who are not involved in sexual violence are forced to adapt to an environment in which the strong prey upon the weak, and in which failure to embrace that dynamic is itself taken as a sign of weakness. Not surprisingly, life behind bars entrenches destructive notions of masculinity, sex and power that, along with trauma and ill-health, are fed back into society on [the] prisoners' release."

The first prison to record cases of Covid-19 was the women's prison in East London. This, says Nare, has opened the eyes of society to the conditions women face in prisons.

"While both men and women face shocking conditions and high levels of violence in prisons, women's facilities are consistently overlooked in policy reform and prisoner advocacy initiatives. As a result, little is known about the health and safety needs of women in prison - the majority of whom suffered significant trauma prior to their incarceration. Pre-trial detention facilities, in particular, are especially dangerous - yet many women spend years in such facilities, with no access to programmes or services," says Nare.

The UN and the WHO have also urged governments to release pregnant women in detention as a preventative measure against infection.

In mitigating the harm and stress that might be caused by the ban on visits, the UN has encouraged governments to be innovative by introducing video conferencing and expanding access to phone calls from family.

Nare says the government of South Africa should ensure that prisoners have access to telephone crisis counselling for inmates who might need help with their mental wellbeing.

The Department of Correctional Services has assured the public that it has implemented a plan to ensure the safety of officials and inmates against infection. But Wasserman says, "While the state claims to be adequately distributing PPE [personal protective equipment] to persons working and detained in prisons, unfortunately there is much anecdotal evidence to the contrary. This is a major concern, and everyone within the prison system should be given masks and hand sanitiser as a matter of urgency."

With the rise in infections in prisons, the public is becoming wary of prison officials. "We have noted with dismay [the] behaviour of some shop owners who have denied our officials access to their outlet, even worse, members of the community are pointing fingers at the brown uniform and stigmatising our officials," read a department statement. "The situation is getting unpalatable, especially in the Eastern Cape, as ... officials are subjected to inhumane treatment when visiting shops and other public places. This is abhorrent conduct of [the] worst form and it has no space in the collective efforts of preventing the spread of coronavirus."

Organised labour has also expressed concern about the discrimination officials face from the public, some of whom have refused to travel with correctional officers.

Check Your Comorbidities to Better Chances of Surviving COVID-19
Tagged:
Copyright © 2020 New Frame. All rights reserved. Distributed by AllAfrica Global Media (allAfrica.com). To contact the copyright holder directly for corrections — or for permission to republish or make other authorized use of this material, click here.