Africa: COVID-19 - a Threat to Peace Efforts in Africa 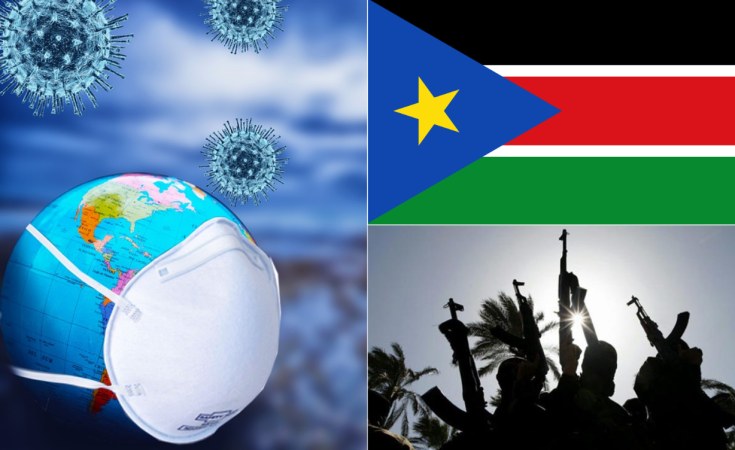 By restricting travel and closing borders, African nations hope to curb the spread of the coronavirus. But the measures also affect the movement of peacekeepers and aid, potentially intensifying conflicts.

In the conflict hotspot of South Sudan, there is a semblance of peace for the time being. So far, COVID-19 has spared the crisis-ridden country, which only has 58 confirmed cases of the virus to Thursday May 7.

South Sudan's unity government of President Salva Kiir and Vice President Riek Machar, which has been in power since March 12, reacted early and restricted the movement of its people to prevent the virus from spreading across the country.

Neighboring Sudan also imposed a nationwide lockdown last week after a jump in the number of cases.

However, these travel restrictions have also delayed three police units joining the UN peacekeeping mission UNISFA, which is deployed in the contested territory of Abyei straddling the border between the two countries.

In the Democratic Republic of the Congo, too, the UN peacekeeping mission MONUSCO has had to change its work routines, according Benno Müchler, head of the Konrad Adenauer Foundation in the DRC.

"For example, the rotation principle, which involves replacing staff, will be extended from three to six months," Müchler told DW in an interview. The aim is to reduce the risk of carrying the virus in and out of DRC.

MONUSCO's work during the COVID-19 crisis is expected to be more challenging - because troops have to wear face masks and regularly disinfect their hands while continuing their routine patrols.

Above all, Müchler warns that economic and political consequences could be devastating because of the protective measures. In fragile countries like Congo, there is even a risk of state collapse.

"If the Congo goes into chaos, in politically unpredictable times, it can have consequences for the entire region," Müchler said.

Almost 70 rebel groups are active in the Eastern Congo. These groups could try to use the current situation to gain more of a stronghold in certain areas or seize mining profits. As such, failures to curtail their activities in the short term could impact the political situation in the long term.

According to the Institute for Security Studies (ISS), measures to curb the spread of the coronavirus could trigger a whole series of unintended developments on the continent.

The potential scenarios include the loss of livelihoods for millions of people, popular uprisings, food shortages, terrorism, the cessation of ongoing peace-building operations, and an increase of violence towards women.

"The health crisis is exacerbating already existing threats to security in Africa," said Paul-Simon Handy, the head of the Conflict Prevention and Risk Analysis Department at ISS, during a virtual discussion on the effects of COVID-19 on Peace and Security in Africa held last week.

Fred Gateretse-Ngoga, the head of conflict prevention department at the secretariat, told DW that the AU is seeing an increase in terrorist attacks in the Sahel, Lake Chad Basin, and Somalia.

COVID-19 also complicates the distribution of aid and communicating with people who are in need, says Jens Laerke from the UN Office for the Coordination of Humanitarian Affairs (OCHA).

"The overall response has been impacted by these lockdowns particularly international commercial flights that we normally use for transporting both supplies and personnel around the world. They simply don't fly anymore," Laerke told DW.

OCHA is trying to establish alternative transport routes, he says, but this is difficult in conflict countries.

That the vast majority of people in Africa live from hand to mouth is another problem, says Laerke.

"When they see their daily income disappear overnight, that is not sustainable and they may fall into deeper poverty and if we are not really alert to this right now, then they may fall into the category of needing humanitarian assistance for years to come," he said.

Some say, however, that the coronavirus pandemic is a chance for African countries to work together and establish home-grown solutions.

African countries are already producing ventilators and protective clothing for their needs, a necessary development and an indication of a multilateral post-COVID-19 world order. 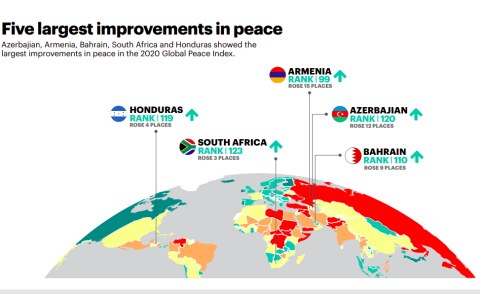 South Sudan Lowers Interest Rates in Response to COVID-19
Tagged:
Copyright © 2020 Deutsche Welle. All rights reserved. Distributed by AllAfrica Global Media (allAfrica.com). To contact the copyright holder directly for corrections — or for permission to republish or make other authorized use of this material, click here.