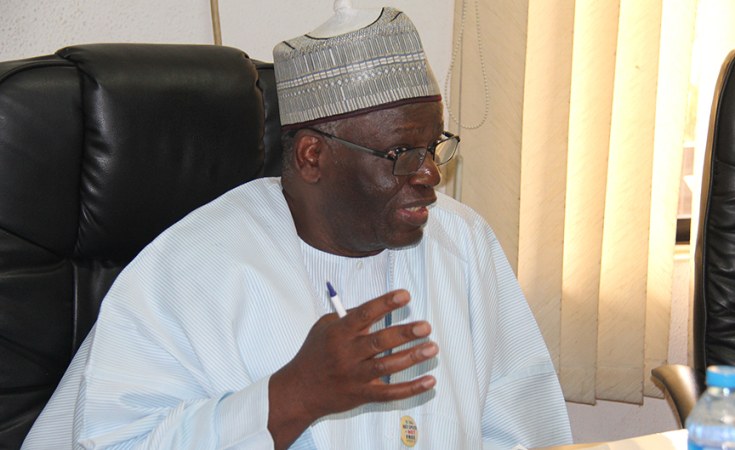 AT its annual meeting held on the side-line of the 32nd Ordinary Summit of the African Union held in Addis Ababa, Ethiopia, from 10-11 February, 2019, the African Peer Review Forum of Heads of State and Government, chaired by H.E. President Idris Derby Itno of the Republic of Chad, appointed Professor Ibrahim Agboola Gambari as the new Chairperson of the APRM Panel of Eminent Persons with immediate effect.  He succeeded former South African Minister, Hon. Bridgette Mabandla.

Professor Ibrahim Agboola Gambari, who is the founder and current Chairman of Savannah Centre for Diplomacy, Democracy and Development (SCDDD), a Non-Governmental and Non-Profit Think-Tank committed to policy research, advocacy and training in diplomacy, democracy and development in Nigeria and Africa in general, is also currently serving as the Special Adviser to the Secretary-General of the Commonwealth of Nations on Political Dialogue and Elections in Zambia.

Professor Gambari is a seasoned scholar and a Diplomat per excellence with an illustrious career, spanning over the academia, government and international diplomacy. He worked in different capacities under three successive United Nations Secretaries-General of the United Nations in New York. Until his retirement from meritorious service to humanity in December 2012, he served the United Nations both as the Under-Secretary General for Political Affairs and Joint Special Representative of the UN/AU Hybrid Mission in Darfur, the Sudan. Professor Gambari holds the National Honors of the Federal Republic of Nigeria and the Republic of South Africa (CFR and OCORT) respectively.

While serving as the UN Under-Secretary-General for Political Affairs, he established a Mediation Support Unit in 2006. He also served as the UN Special Representative in Angola and Myanmar as well as Special Adviser to the UN Secretary-General on Africa, with special responsibilities for the New Partnership for Africa’s Development (NEPAD) which mid-wife the establishment of the African Peer Review Mechanism (APRM).

Professor Gambari is taking over the Chairmanship of the APRM Panel of Eminent Persons at a time that the voluntary membership of the APRM Forum is expanding appreciably and the NEPAD has formally been transformed into the African Union Development Agency, (the Union’s technical policy implementation agency) this assumption of the Chair of APRM is also at a time the African Governance Report is formally presented to the Summit of Heads of State and Government of the African Union with total commitment to the effective implementation of the AU Agenda 2063 whose aspirations and goals were reaffirmed as central to the mandate of the APRM. The Savannah Centre shares the belief that Professor Gambari would build on the good foundation laid by his predecessor, Hon. Bridgette Mabandla, whom he had the privilege of working with as her Deputy Chairperson, to work fervently with the Members of the Panel, in collaboration with the Chief Executive Officer, Professor Eddy Maloka, to steer the course of the successful implementation of the aspirations and goals of the AU Agenda 2063 which are central to the mandate of APRM.

The Savannah Centre heartily congratulates Professor Gambari and wishes him a successful tenure in APRM which has the mandate to promote good governance, accountability, democracy and respect for human rights, justice as well as the rule of law in Africa, all of which establish the nexus between Diplomacy (Peace), Democracy and Development which the Savannah Centre seeks to advocate for and promote in the continent and the world at large. Long Live APRM, Long live African Union, Long live Africa!

To Combat Security Threats & Global Warming, Africa Must Be Included

Next Story
Tagged:
Copyright © 2019 Savannah Centre For Diplomacy, Democracy And Development. All rights reserved. Distributed by AllAfrica Global Media (allAfrica.com). To contact the copyright holder directly for corrections — or for permission to republish or make other authorized use of this material, click here.