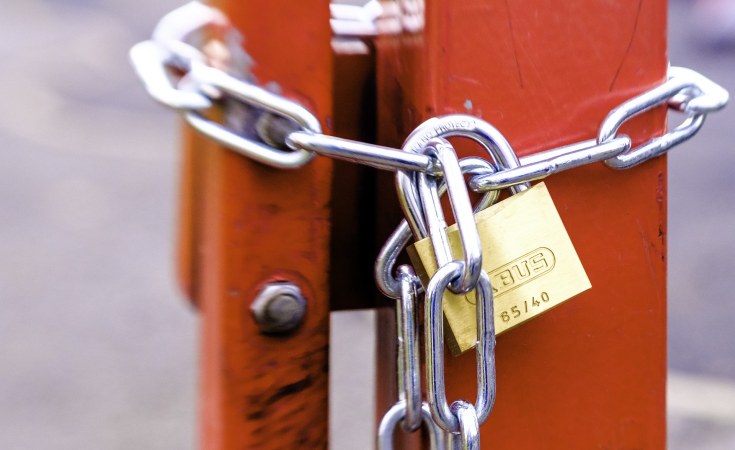 For most part of Sunday, Governor Nyesom Wike of Rivers State and his Executive Order to demolish buildings of businesses that flout his lockdown order dominated the microblogging site Twitter. Depending on which side you are on, you can either be aggravated, indifferent or pleased by the torrent of tweets.

As has become his custom since the pandemic started, strutting the streets of his state in search of defaulters to boost his towering ego, Wike on Sunday visited Eleme and Onne where he supervised the demolition of Prudent Hotel and Etemeteh Hotel respectively.

The reasons for his actions were clear. He had signed an Executive Order prohibiting hotels from operating during the lockdown on May 4. Before he placed his signature on that order, he claimed to have consulted the traditional rulers and council chairmen, not necessarily to seek their advice but to intimidate them in ensuring the compliance of his law.

To avoid misinterpretation of his actions as a political attack on the opposition party in his state, All Progressives Congress (APC), Wike was quick to point out that one of the owners of the hotels is a member of his party, Peoples Democratic Party (PDP). Wike must have deluded himself that by using a party member as a scapegoat will exonerate him from vitriolic comments.

Far from it, the criticism he received on Twitter was acerbic, except for his acolytes whose eyes are perhaps covered by wool such that they only see Wike as a spotless lamb.

Former presidential candidate and Minister of Education Oby Ezekwesili described his actions as anarchic and encouraged the hotel owners to sue him.

The Socio-Economic Right and Accountability Project, (SERAP) also condemned the act on their official Twitter account, and pledged to take legal action on the governor for the perpetration of human rights violations.

Reason: The Governor ordered the demolition of two hotels in Rivers, over their disrespect to the lockdown ordered by the state government.

Our position on the matter is simple.

Whereas demolishing an hotel seems and sounds both brash and high handed, and not a few people will disagree that the punishment appears too hard for the offense, we however submit, that the well organized and carefully choreographed attack on Governor Wike seems even more brash, unfair and unmindful of present realities on hand.

Governor Wike has been at the receiving end of a well coordinated affront by 'the owners of Nigeria' for five years now.

This brazenly selective central government, has not hidden their dislike and disdain for Wike and his God-given abilities to aggressively improve the lives of his people.

The hostility Wike has received from the centre in the past five years are enough to cow any state governor and frighten him off.

The open nepotism of the central government turned Wike into the hero of all the oppressed in Nigeria, the brazen intimidation, he is forced to endure from Abuja heightened his anthena to note that he is standing gloriously, to the anger and disappointment of adversaries.

Some people want Rivers state overwhelmed by COVID- 19 pandemic. Rivers is an oil and gas environment harbouring lots of expatriates. Port Harcourt is a port city. Proximity to the commercial city of Aba exposes Port Harcourt to mega trading activities that would make COVID-19 explosion there, a major calamity.

Wike rightly knows his adversaries do not wish him well. He knows they want to make him cry by all means. He also knows that they are not too happy that he has been patrolling about blocking every scheme and plot to forcefully export almajiri into Rivers by night.

He has successfully contained every plan by unscrupulous persons to infiltrate Rivers and upset the social equilibrium, either through breaching the lockdown that has successfully checked the spread of the virus or disrupting the government hold on the situation.

Wike understands perfectly well, that Rivers people and future generations will hold him responsible for any outbreak or failure. He also understands that the enemy will gleefully watch him roast and sink if the virus descends on Rivers state. He knows they will not rush with aid on the double as they rushed to help Governor Ganduje of Kano State or grant him N10 billion, like they hurriedly gave Governor Babajide Sanwolu of Lagos State.

So when he frantically protects Rivers, it's because he knows he is on his own. All the measures he has put in place so far are working very well. Yet some people keep him busy every night checking trailers trying to smuggle in people into Rivers, in breach of the lockdown.

Wike has been an outstanding Governor. Success breeds envy and jealousy. His guts offends those who believe they own Nigeria. They replace his police commissioners, like you change your shirt. They deny him his dues because they can't defeat him at the polls.

So when everybody starts attacking Wike, we, his admirers are forced to say enough. We know millions of people who wish they had a governor like Wike.

Wike is no angel or saint. He is our main man. We remain proud of his strides. He clearly raised the bar in governance in this season. Those shining at Wike's expense over the demolition of a hotel, should remember that Wike remains the star of this dispensation. He remains our main man. He is doing all he can, to protect his people," said Ugochukwu-Uko.

In his defense, the governor claimed that his actions were necessary because the hoteliers had earlier attacked members of the Task Force who went to enforce the law.

Like in many parts of the world where the pandemic caused by the novel coronavirus has left many confused and devastated, leaders are burdened with the responsibility to enact laws and measures that will prevent further spread in their region. While shutting down businesses and ordering people to stay at home seemed the easy way out and the most practised around the globe, it also has its shortcomings such as hunger, unemployment and depression, thereby resulting in a disregard of lockdown orders. In the United States of America where the number of cases are yet to deplete, there have been calls for states to reopen, and sadly, these actions are sometimes encouraged by the man in the Oval Office, President Donald Trump.

The fear and ignorance of the pandemic will drive people to break the rules and this is where the main headache lies for leaders. How do they force the horse to drink water?

In Kenya, citizens who disobey the lockdown orders are taken to a compound where they are quarantined. Though they stand a chance of getting infected. To escape such punishment, they have to pay for their freedom. In some Asian countries, governments monitor the movement of people through a mobile app.

While these measures are not laudable, none is as extreme as demolishing the buildings of businesses. It reeks of hostility and inhumanity.

In his effort to paint a strict leadership image to the public, Wike instead projected the persona of a dictator like the Kim Jong-Uns and Vladimir Putins of the world. A persona his image launderers would have a hard time cleaning.

Wike's actions since the pandemic started in Nigeria begs for scrutiny. First, when Lagos state which is still the epicenter of the virus in the country received donations from the Federal Government, Wike was the first to kick against it, demanding that his state should be given priority if he was to allow expatriates into the oil rich state. To make good of his threat, he arrested pilots of the Caverton Helicopters for disobeying his rules on flights.

With his recent actions, Wike is showing his dictatorship style and if nothing is done, Rivers state will be a sad tale soon. His demonstration of power is synonymous to an inebriated fellow who in that blissful state thinks he can beat a madman.

Despite the blatant violation of human rights by the governor, the incident will sadly be viewed with a political lens. The ruling party which has not been in the good books of the people seizes the opportunity to rubbish the image of PDP, while some PDP faithfuls compare Wike's actions to that of governor of Nasir El-Rufai of Kaduna who demolished houses of political opponents.

Truly, the pandemic is a test on leadership character and if Wike was to go through a litmus test, the result will definitely be acidic.

As much as his actions are reprehensible, the wrongdoers should not be lauded. They have learnt the hard way.

So when everybody starts attacking Wike, we, his admirers are forced to say enough. We know millions of people who wish they had a governor like Wike.

Wike is no angel or saint. He is our main man. We remain proud of his strides. He clearly raised the bar in governance in this season. Those shining at Wike's expense over the demolition of a hotel, should remember that Wike remains the star of this dispensation. He remains our main man. He is doing all he can, to protect his people