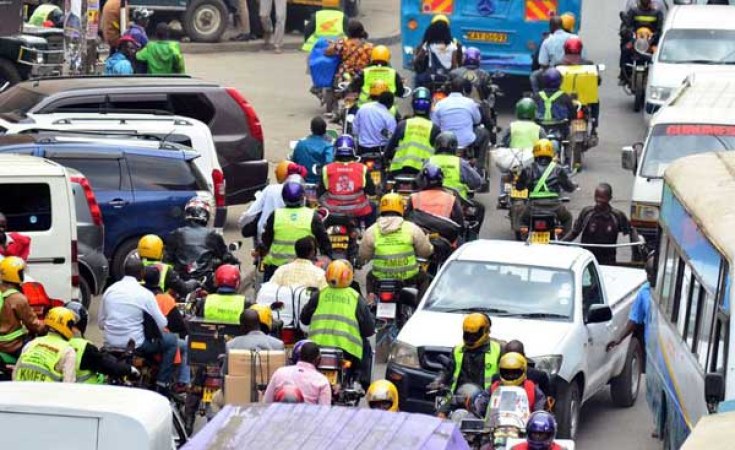 The final decision on whether to ban boda boda cyclists from the city centre and only allow taxis to resume operations after 42 days of lifting the lockdown forced by the Covid-19 pandemic will be made by President Museveni, Kampala minister Betty Amongi said yesterday.

"We will make a report to the President and he will give a directive on the matter," Ms Amongi told journalists at a briefing at Media Centre.

She did not offer any details about when they would submit a report to the President.

The country is now in the third phase of lockdown but President Museveni is expected to address the country before expiry of the current lockdown on the next course of action against Covid-19.

Last week, this newspaper reported that government, in a post-lockdown plan, will ban boda bodas from the city centre and allow only taxis to operate in the gazetted free zones in the Central Business District.

According to the plan, government officials had indicated that taxis would only be allowed to resume work after 42 days of registration of the operators and inspection of taxis by the Works and Transport ministry.

But the plan has since sparked a wave of protests from motorists and some politicians, with some accusing government of announcing major transport changes in the city without engaging stakeholders.

Some taxi operators and boda bodas have since threatened to strike if at all the plan is rolled out.

"It is unfair to come up with such plans without engaging people involved in the transport sector. We have addressed this issue to KCCA and we hope they will hear us out," he said.

But Ms Amongi said a draft report was leaked to the media before it was thoroughly examined to guide the next course of action.

"I want to inform the general public particularly taxi drivers, boda boda cyclists and owners of taxis that the document being circulated is a draft, pending further consultations," she said.

The minister also said the issues being discussed include registering boda bodas and taxis operating in the city, gazetting parks and stages, introducing route numbers and colours for taxis, and identification of taxi drivers and boda boda cyclists.