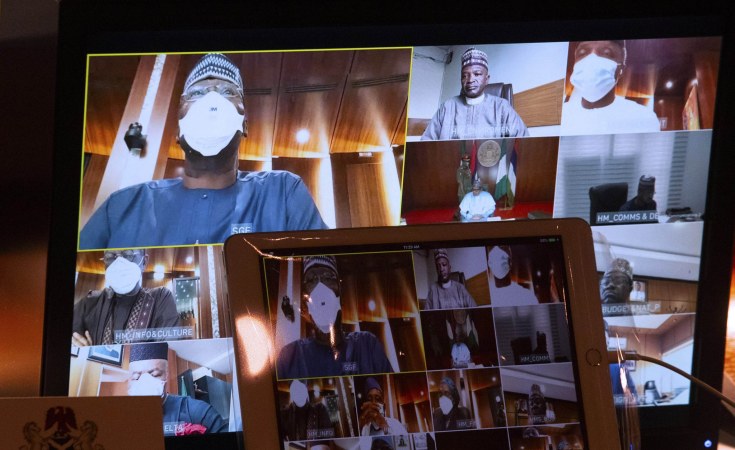 The Federal Executive Council has approved the review to the 2020 budget and the Medium Term Expenditure Framework for 2020-2022 as recommended by the ministry of finance.

The budget has new benchmarks which now includes $25 per oil barrel, and a target production rate of 1.94 million barrels per day and then an exchange rate of N360 to $1, Finance minister Zainab Ahmed said while briefing State House correspondents on Wednesday.

Ms Ahmed said the revised budget now amounts to N10.5 trillion, a difference of about N71.5 billion when compared to the initial approved budget.

"This is because, as we cut down the size of the budget," she noted, "we also have to bring in new expenditure previously not budgeted, to enable us adequately respond to the COVID-19 pandemic."

Ms Ahmed said while the federal government will fund the budget by N5.158 trillion, the deficit from N5.365 trillion will be financed by both domestic and foreign borrowing.

Already both the Senate and House of Representatives have approved the borrowing plan of N850 billion by the federal government.

The minister said the plan was to borrow from foreign sources for 2020 and these "are all concessionary loans from the IMF which has already been approved and has crystallised, from the World Bank, Islamic Development as well as Afro EXZIM bank."

"The borrowing, the multilateral loans drawdown coming from special accounts and coming from the privatisation will fund the fiscal deficit of N5.365 trillion that we have in the proposed amendment of the 2020 budget," she added.

She also said an $80 million loan had been requested on behalf of Ebonyi State government from the Islamic Development Bank for the construction of Abakaliki ring road project, which would connect 13 LGAs in the state as well as the neighbouring Cameroon republic.

Meanwhile, the executive council also approved N683 million for the purchase of 19 operational vehicles by the Nigeria Port Authority (NPA).

The transport minister, Rotimi Amaechi, disclosed this to journalists, adding that the approval came because it "was the first time in four years that NPA is buying any vehicle."

"These are operational vehicles; not for management staff or any other thing. They are all Toyota," he said, adding that the contract was awarded to Globe Motors Holding Nigeria Limited.

In the same vein, power minister, Sale Mamman, said N47 billion was approved for the provision of additional 40 megawatts of electricity to the national grid.

Mr Mamman said the planned 40 megawatts would be evacuated from "Kashimbilla Dam (in Taraba State) via Takum, Wukari and Yandev, to the national grid."

This evacuation, he explained, was necessary to save Nigeria about 120 gigawatts of power, equivalent to $9 million in a year.

He added that the move was targeted at boosting power supply in Taraba and Benue states as well as the entire north-eastern region of the country.

The federal executive meeting had been on hold for a while due to the challenges posed by the coronavirus infection which is usually worsened by physical meetings.

After its first virtual meeting presided over by President Muhammadu Buhari, only ministers who had memoranda to present were physically present at the State House.

Chop, Chop Will Be Familiar Sound as Nigeria Govt Mulls Cuts
Tagged:
Copyright © 2020 Premium Times. All rights reserved. Distributed by AllAfrica Global Media (allAfrica.com). To contact the copyright holder directly for corrections — or for permission to republish or make other authorized use of this material, click here.