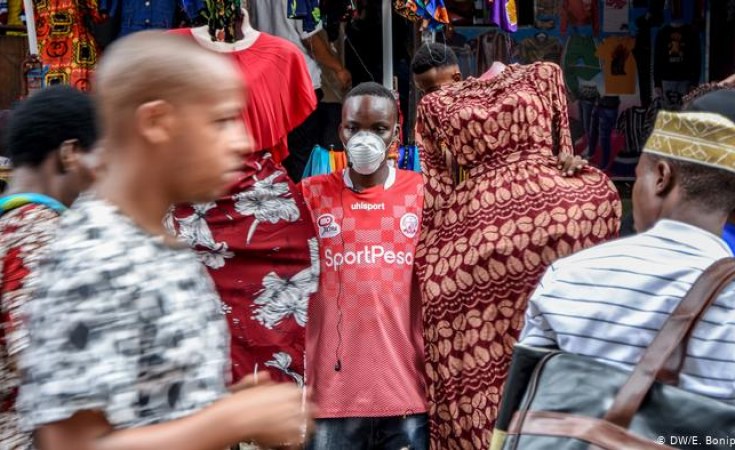 Amsterdam — 'Corona is considered a security issue, not a public health issue.'

The Tanzanian government's tepid response to COVID-19 and seeming lack of transparency over coronavirus cases is fuelling concern that it is covering up the true extent of the pandemic, according to doctors and health experts in the East African country.

The New Humanitarian spoke to five Tanzania-based doctors and medical specialists about the response, either by telephone or email. All only agreed to speak on condition of anonymity, such was their fear of reprisals from a government whose human rights record has worsened in recent years.

"There is no information," said one specialist, a health adviser to the government in the commercial capital, Dar es Salaam. "This leads to a tremendous amount of rumours and fears among the population - it's disastrous for this epidemic."

The adviser, a consultant who is on several working groups in the Ministry of Health, said the outbreak was being treated as "a security issue, not a public health issue", meaning the health minister did not have the final say.

"Everything that is related to corona is now in the [central] government's hands," another health consultant agreed. "There's tremendous political pressure coming from the president's office to control all of this."

Since Tanzania's first known case of COVID-19 was detected in the northern city of Arusha in March, the government has officially registered 509 positive cases and 21 deaths. But the last update was more than two weeks ago - on 29 April - a point highlighted by the US embassy when it issued a warning to its citizens on Wednesday.

"The risk of contracting COVID-19 in Dar es Salaam is extremely high," the US embassy statement said. "Despite limited official reports, all evidence points to exponential growth of the epidemic in Dar and other locations in Tanzania."

A doctor working in a leading private hospital in Dar es Salaam said more than 60 COVID-19 cases had been admitted to his facility by 6 May, a scale that was already straining its services, with staff from all departments being called on to help. "The number of infected people is likely to be multiple times higher than official figures," the doctor told TNH.

Footage of secret burials of people who allegedly died of COVID-19 are doing the rounds on social media, while parliament has been suspended following the death of three legislators in quick succession from unknown causes - fuelling speculation over the extent of the outbreak.

The government has adopted a politics of silence. President John Magufuli is chairman of the regional Southern African Development Community bloc, yet it was South Africa that called a SADC meeting this month to discuss COVID-19, and Tanzania did not participate.

The country was also absent on Wednesday from a virtual East African Community meeting on the regional response to coronavirus.

The alleged politicisation of the response is reminiscent of the government's approach to Ebola last year, when it withheld information from the World Health Organisation over potential cases in the country.

As a result of the apparent secrecy, concern is mounting among Tanzania's neighbours over the potential unchecked spread of COVID-19.

Zambia closed its border with Tanzania on Sunday, and Kenya is considering following suit after truck drivers coming from Tanzania tested positive for the virus.

The Tanzanian government's initial response to COVID-19 was to shut schools and prohibit most mass gatherings - steps it points to as proof that it does appreciate the seriousness of the outbreak.

"Tanzania has implemented more than 40 measures to curb the disease," government spokesperson Hassan Abbasi said in a WhatsApp message to TNH. "We have three national response committees to COVID and are working daily to curb the disease."

Abbasi rejected the US embassy's allegation of a surge in cases. "Anyone is free to go to Dar es Salaam and see if there is any single 'overwhelmed hospital or health facility'," he said.

However, in addition to the debate over the figures, there has been a succession of controversial measures and statements from Magufuli.

In March, the president urged the public to continue attending religious gatherings. "That's where there is true healing," he said. "Corona is the devil, and it cannot survive in the body of Jesus."

Last week, he publicly questioned the accuracy of the COVID-19 test kits being used in Tanzania. The head of the national health laboratory was suspended a day later.

Tanzania is also unusual among most East African countries in that it doesn't practise strict social distancing measures.

"If there was free information flow, the people would make informed choices, but, as it is now, people are groping in darkness," said the doctor at the private hospital in Dar es Salaam. "It's like walking in a swampy forest at night without a flashlight."

Another doctor, working in the north of the country, said one of her main concerns was that Tanzanians aren't going to hospital even when they're in need of urgent care. "If people avoid healthcare, there's a risk of secondary damage," she said. "This could lead to consequences that are worse than the virus itself."

Even the doctors are confused following Magufuli's questioning of the laboratory tests. "We ask ourselves: how reliable are those tests?" she noted. "You don't really know what is happening in your country and in your own hospital. This makes this situation very difficult."

An imminent shortage of personal protective equipment, known as PPE, is another worry for the Tanzanian medical community. While one doctor said there was no immediate shortage at his hospital yet, a second adviser to the health ministry - also a working doctor - told TNH he had temporarily "taken leave" due to insufficient supplies. "I am talking to my fellow doctors in WhatsApp groups, and they have said it is not enough," he added.

Elections are due later this year, and Magufuli seems intent on projecting a "business as usual" image - which means keeping the country open. Any notion of a lockdown has been firmly rejected.

"There are calls to lock down Dar es Salaam - we will never do that," Magufuli said in an address to defence and security chiefs last month. "This is our main port city and accounts for around 80 percent of government revenue."

Although he announced in December that he will not run again, concerns linger that Magufuli may be preparing to seek a third term. One lawmaker has already proposed extending the president's stay in office beyond 2020.

Amid the swirl of rumours and the absence of reliable news, many businesses have closed their doors. But there is public support for the government's position not to issue a stay-at-home order.

On Tuesday, Tanzania's central bank approved several measures to temper the economic impact of COVID-19 on the economy.

Tanzania's opposition has slammed the government for not taking coronavirus seriously enough. But the local media - cowed by arrests and suspensions - has preferred to avoid joining overtly in the criticism.

"The news media are silent," the doctor and health ministry adviser who had taken temporary leave said. "They don't want to fight the government."

The unusual COVID-19 response, which makes Tanzania something of a regional outlier, has led to much speculation, even the idea that the government could be attempting a herd immunity strategy. "But if [Magufuli] is thinking of that, I think many people will die - if they haven't already," said the adviser.

Previous Story
Next Story
How Long Can Its COVID-19 Strategy Hold?

How Long Can Its COVID-19 Strategy Hold?