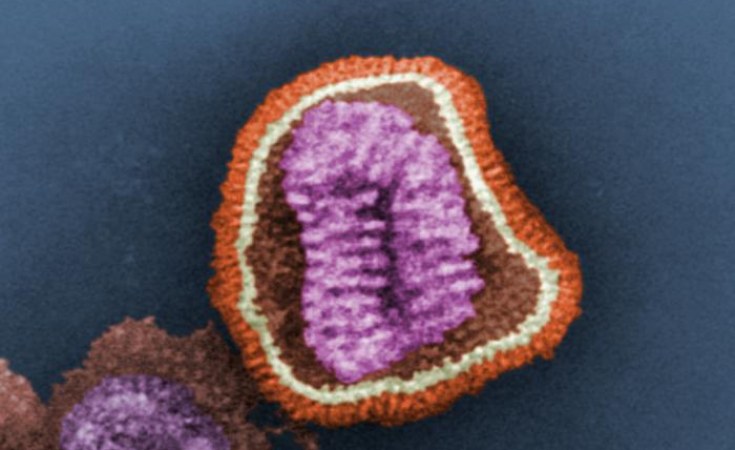 Archaeologists have long studied diseases in past populations. To do so, they consider a wide array of evidence: settlement layout, burials, funerary remains, and human skeletons.

For example, because of archaeologists we know that the damaging impact of epidemics prompted the abandonment of settlements at Akrokrowa in Ghana during the early 14th century AD. About 76 infant burial sites at an abandoned settlement that now forms part of the Mapungubwe World Heritage site in the Limpopo Valley of South Africa suggest a pandemic hit the people living there after 1000 AD.

Archaeological and historical insights also expose some of the strategies that societies adopted to deal with pandemics. These included burning settlements as a disinfectant and shifting settlements to new locations. Social distancing was practised by dispersing settlements. Archaeologists' findings at Mwenezi in southern Zimbabwe also show that it was a taboo to touch or interfere with remains of the dead, lest diseases be transmitted in this way. In the late 1960s, some members of an archaeological dig excavating 13th century house floors in Phalaborwa, South Africa, refused to keep working after encountering burials they believed were sacred. They also worried that the burials were related to a disease outbreak.

Social distancing and isolation have become watchwords during the COVID-19 pandemic. From archaeology, we know that the same practices formed a critical part of managing pandemics in historical African societies. In what is Zimbabwe today, the Shona people in the 17th and 18th centuries isolated those suffering from infectious diseases - such as leprosy - in temporary residential structures. This meant that very few people could come into contact with the sick. In some cases, corpses were burnt to avoid spreading the contagion.

Humans have a propensity to relax and shift priorities once calamities are over. Data collected by archaeologists, that show how indigenous knowledge systems helped ancient societies in Africa deal with the shock of illness and pandemics, can help remind policy makers of different ways to prepare modern societies for the same issues.

Research at the early urban settlement of K2, part of the Mapungubwe World Heritage site, has thrown significant light on ancient pandemics.

The inhabitants of K2 (which dates back to between AD1000 and AD1200) thrived on crop agriculture, cattle raising, metallurgy, hunting and collecting food from the forest. They had well developed local and regional economies that fed into international networks of exchange with the Indian Ocean rim. Swahili towns of East Africa acted as conduits.

Archaeological work at K2 uncovered an unusually high number of burials (94), 76 of which belonged to infants in the 0-4 age category. This translated into a mortality rate of 5%. The evidence from the site shows that the settlement was abruptly abandoned around the same time as these burials. That means a pandemic prompted the community's decision to shift to another settlement.

Shifting to another region of Africa, archaeological work at early urban settlements in central and southern Ghana identified the impact of pandemics at places such Akrokrowa (AD950 - 1300) and Asikuma-Odoben-Brakwa in the central district of Ghana.

These settlements, like others in the Birim Valley of southern Ghana, were bounded by intricate systems of trenches and banks of earth. Evidence shows that after a couple of centuries of continuous and stable occupation, settlements were abruptly abandoned. The period of abandonment appears to coincide with the devastation of the Black Death in Europe.

Post-pandemic, houses were not rebuilt; nor did any rubbish accumulate from daily activities. Instead, the disrupted communities went to live elsewhere. Because there are no signs of long term effects - in the form of long periods of hardship, deaths or drastic socioeconomic or political changes - archaeologists believe that these communities were able to manage and adapt to the pandemic.

Analysis of archaeological evidence reveals that these ancient African communities adopted various strategies to manage pandemics. These include burning settlements as a disinfectant before either reoccupying them or shifting homesteads to new locations. African indigenous knowledge systems make it clear that burning settlements or forests was an established way of managing diseases.

The layout of settlements was also important. In areas such as Zimbabwe and parts of Mozambique, for instance, settlements were dispersed to house one or two families in a space. This allowed people to stay at a distance from each other - but not too far apart to engage in daily care, support and cooperation. While social coherence was the glue that held society together, social distancing was inbuilt, in a supportive way. Communities knew that outbreaks were unpredictable but possible, so they built their settlements in a dispersed fashion to plan ahead.

These behaviours were also augmented by diversified diets that included fruits, roots, and other things that provided nutrients and strengthened the immune system.

Africa's past and the future of pandemics

There were multiple long-term implications of pandemics in these communities. Perhaps the most important was that people organised themselves in ways that made it easier to live with diseases, managing them and at the same time sticking to the basics such as good hygiene, sanitation and environmental control. Life did not stop because of pandemics: populations made decisions and choices to live with them.

Some of these lessons may be applied to COVID-19, guiding decisions and choices to buffer the vulnerable from the pandemic while allowing economic activity and other aspects of life to continue. As evidence from the past shows, social behaviour is the first line of defence against pandemics: it's essential this be considered when planning for the latest post-pandemic future.