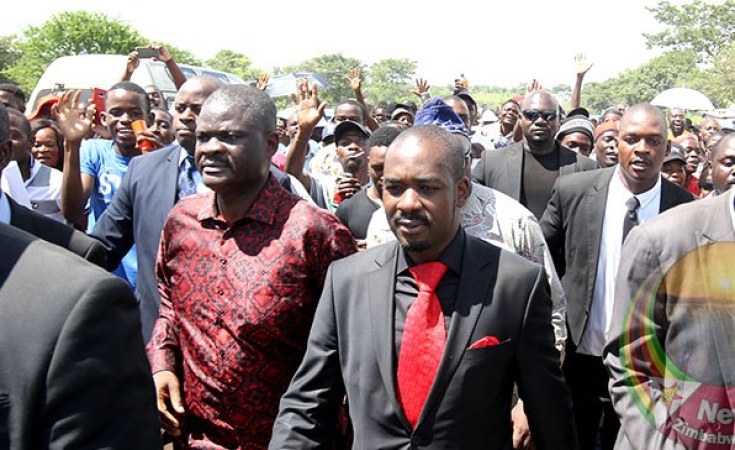 WIDENING fractures within the ranks of the opposition, which have culminated in four of its representatives being recalled from Parliament, will weaken the MDC in its various formations and retard the quest to dislodge President Emmerson Mnangagwa's administration from power, three years before crisis-hit Zimbabwe goes to the polls.

The latest split of the opposition into two distinct factions, namely the MDC-T fronted by Thokozani Khupe and MDC-Alliance led by Nelson Chamisa, was catalysed by a recent Supreme Court ruling which declared Khupe the legitimate leader of the MDC-T. Since its formation in 1999, the MDC has split thrice, in 2005, 2013 and the current fracture which began in 2018 with the death of the party's founding leader Morgan Tsvangirai, blunting efforts to dislodge Zanu PF.

On the eve of the disputed 2018 elections, Chamisa, in a move described by some as rare feat of political ingenuity, but which seems to be backfiring now, had amalgamated various opposition parties including the MDC-T into the MDC Alliance with him at the helm of a formidable challenge against Mnangagwa. Chamisa, who narrowly lost the general election, has contested Mnangagwa's legitimacy, which was upheld by the Constitutional Court.

Subsequently, MDC-T secretary-general Douglas Mwonzora, who is fighting in Khupe's corner but with ambitions of his own, wrote to the Speaker of Parliament Jacob Mudenda requesting for the expulsion of the quartet of Charlton Hwende, Lilian Timveous, Prosper Mutseyami and Thabitha Khumalo.

The widening cracks first appeared when Tsvangirai unilaterally appointed Chamisa as the party's vice-president outside the constitution, sowing seeds of sharp divisions that now pit Khupe and Chamisa in a deadly duel for the control of the heart and soul of the party two years later. The court ruling came at a time the youthful leader was questioning Mnangagwa's presidency after the disputed elections of 2018.

South African-based political analyst Mike Mavura contends that the ongoing squabbles within the opposition and Chamisa's controversial rise to the helm of opposition politics will arm Mnangagwa with ammunition to discredit Chamisa while resisting calls for a broad-based national dialogue.

"I think what we have to ask ourselves is, who benefits the most from chaos in the opposition? With the regime facing legitimacy issues, the strategy has been to use an invisible hand via proxies to create legitimacy issues around Nelson Chamisa's leadership," Mavura said.

"What is important is not the truth--it's not whether Chamisa is the legitimate leader or not. It is the stain, the question mark, over his legitimacy that will always linger and follow him around like a shadow."

Apart from Chamisa's legitimacy coming under sharp scrutiny, the raging divisions in the MDC (in its various squabbling formations) robs the opposition some of its leading and gifted minds while it gives Mnangagwa's regime ample time to paper over its economic mismanagement and galvanise support ahead of the 2023 elections.

It is worth noting that Mwonzora, Elias Mudzuri and Morgen Komichi, who were recently expelled from the MDC-Alliance for supporting the Supreme Court ruling that foisted Khupe as the leader of the MDC-T, are influential pillars in the opposition body politic and played crucial roles in the formative stages of the MDC.

Mwonzora has a decorated track record in his unflinching struggle against the excesses of Zanu PF, while he also played a key role in writing Zimbabwe's current constitution in 2013. Mudzuri, then as MDC-T organising secretary, is credited for spearheading Tsvangirai's spirited campaign during the 2008 elections, which culminated in the formation of an inclusive government with Zanu PF, then led by long-time ruler Robert Mugabe. Tsvangirai won the first round of the poll, before the military unleashed a wave of violence in the run-off to secure Mugabe's victory.

Komichi is counted among one of Tsvangirai's trusted lieutenants who stood with the opposition leader as the party suffered successive splits in 2005 and 2013.

Amid the internal squabbles choking the MDC, Zanu PF has swiftly moved in to stoke the raging flames of division, while distracting the opposition from effectively challenging the ruling party over its failure to tackle widespread corruption, foster constitutional governance and institute sweeping reforms seen as key towards extricating Zimbabwe from a debilitating crisis.

Mavura advances the argument: "Zanu-PF is trying to divert the attention, resources, energy and discourse of the main opposition party from confronting the regime to confronting internal 'politricks'."

Crucially, threats by legislators loyal to MDC-Alliance leader Chamisa to pull out of the National Assembly and Senate will deliver on a silver platter the much-needed free play and leg room for Zanu PF to push for narrow and self-serving legislation for purposes of entrenching itself in power.

Yet some analysts see a silver lining in the threats by Chamisa's legislators to pull out of Parliament as the magic wand that will compel Mnangagwa to broker a national dialogue, which will usher in a transitional mechanism that will coordinate fresh elections.

Political analyst Ibbo Mandaza contends that the split in the opposition and the impending withdrawal of Chamisa's foot soldiers in Parliament will nudge Mnangagwa to the negotiating table in the midst of an imploding economy.

Mandaza noted: "I am glad that they (MDC-Alliance) took a position (pulling out of Parliament). But it is not enough to just confront the regime on the basis of what they do not want. They must indicate what they want. This is an opportunity to put the National Transitional Authority (NTA) on the agenda. They have not been very explicit about that.

However, at the heart of the MDC's intra-party dispute lie significant assets which the warring factions are now tussling to control against the backdrop of limited resources required to mobilise support to dislodge a well-oiled Zanu PF machinery that routinely draws money from the national coffers and corrupt cartels to finance party activities.

Analysts have underscored that donors, who have largely financed opposition activities outside its membership, will be discouraged from pouring money into an opposition cause now riddled with division.